Hello mother, hello father: You could be here at Camp Grenada 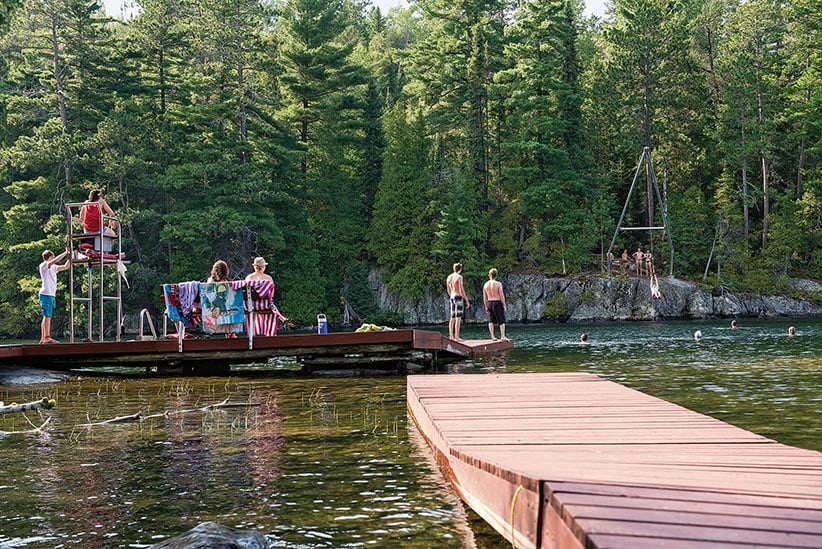 Three years ago, Danielle Goldfinger was reminiscing with a friend over a beer about how much fun their summers at camp were: the chance to play outside with friends, without the schedules and responsibilities of adults. Still thinking about it weeks later, she organized Two Islands Weekend, an adult summer camp, held at a kids’ camp near Haliburton, Ont. Without knowing it, Goldfinger was tapping into a North American trend.

Goldfinger arranged chef-led dinners on the beach with food stations serving seafood boil and s’mores. Winery, brewery and cooler sponsors provided an open bar from 4 p.m. to 2 a.m., leading into a scavenger hunt and, one year, a dodgeball game that lasted until 5 a.m. (Morning activities, such as the polar bear dip, tend to be quieter.) Co-ed cabins filled with friends give campers the chance to meet a “camp boyfriend,” even if the relationship proves as brief as any tween romance.

In the U.S., Camp No Counselors runs a chain of camps near metropolitan cities. In California, Camp Grounded offers a “digital detox” that separates campers from their phones and computers, encouraging them to spend time in the woods. Camp Grounded inspired a Quebec camp, Le P’tit Bonheur, to offer an adult camp where the twenty- and thirtysomething campers put their phones in a safe at the beginning of the weekend. “With no phone, they’re obliged to socialize. They meet a lot of new people,” says Emmanuelle Lachance, director of communication and marketing for the camp, now in its third year. “They expect it will be hard, but, in the end, it’s not.” Kept busy with activities such as soccer, kayaking and a musical jam session, the campers, hailing primarily from Montreal and its suburbs, can play like children for $235.

The rules at another camp include no attacking the zombie volunteers. That’s on the last day of Zombie Survival Camp, to be held this year in October on Lake Couchiching in Ontario, where zombies will chase survivors, as everyone scuffles through fallen leaves on an afternoon of the living dead.

“It’s a way to socialize with a whole bunch of people you wouldn’t normally meet at work or the bar. You find people have conversations more easily because of a shared interest in zombie culture,” says Eric Somerville, one of the six founders of the camp, first held in 2012. “We know everyone’s name by the end of the weekend. Icebreakers include zombie survival bingo and a zombie head toss.” The camp teaches serious wilderness survival skills, such as how to start a fire, build shelter and filter water. But there are also lessons in hand-to-rotting-hand combat, wielding a baseball bat or machete, and using signals to communicate with a team as you cross zombie-infested terrain.

Camp Ouareau in Quebec began offering each mother—and a friend of her choosing—a “women’s weekend”: a chance to visit in her daughter’s fifth year at camp. The women taste wines made from wild grapes and pumpkin, and stay up late with bunkmates before going off to early-morning yoga.

While several new camps for adults have sprung up, some others, such as the Canadian Adventure Camp and Camp Arnes, have been running for more than 30 years. There is no cellphone reception on the island where Canadian Adventure Camp is held. George Teichrieb, 82, was a teenager the first time he visited Camp Arnes in Manitoba in 1950. He’ll be going again with his wife, Bettie, this September. “We tell the grandkids we’re going to camp, too.” At the seniors’ camp, participants may play competitive shuffleboard, but they also try the high ropes and the climbing wall.

For Sheena Lyonnais, who didn’t go to camp as a child, Two Islands Weekend offered a chance to try what she had missed. Returning for her third year, the 28-year-old Toronto writer says: “It feels like a college cottage party. Beer pong happens.” And, as in college, one night, everyone in her cabin, old friends and new acquaintances, relaxed on a dock on the edge of the lake, talking about their lives, as they stared up at a dark sky illuminated by a million stars.