How cities are making our rats smarter and spiders bigger 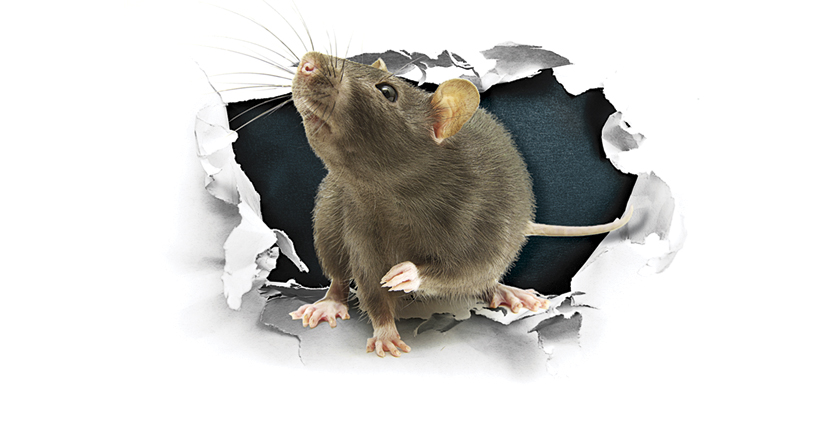 Aesop, it seems, was literally right in his 2,500-year-old fable of the country mouse and the city mouse. The cousins who exchange visits, after which each returns home gratefully from his relative’s strange haunts, has been retold ever since as a metaphor for the profound changes urbanization brought to human life. Cities have always offered more of everything—opportunity and variety, stress and danger. It’s only recently, though, that it’s become clear this is no metaphor: Humans are not the only creatures to have been altered in behaviour, and even in form, by urban experience.

We may think we’ve created a barrier between human and wild, writes Diane Ackerman in The Human Age, her sweeping portrayal of just how thoroughly humanity has refashioned the world. But city species abound, “because urban animals (including humans) vary their habits and psychology to adjust.”

Take the golden orb-weaver spider, for one. Australian researchers collected 222 females—the species is at the extreme end of spider dimorphism, with males up to 10 times smaller, so the search for plumpness skews female—from urban and rural areas. At an average weight of 1.6 grams, city spiders tripled the 0.5 grams of country dwellers. The scientists’ hypothesis involves prey availability—besides rats, nothing has done better from urban humanity’s garbage-strewing ways than flies, a spider favourite—complete with prey-luring devices such as light poles, and the heat sinks that urban islands provide. Spiders like it hot.

Small mammals have been making physical adaptations, too. According to University of Minnesota biologists, their bone collections show that urbanized shrews, voles, bats, squirrels, mice and rats all saw an increase in skull and, hence, brain size over the 20th century. Minnesota’s rural migrants faced new food sources and new dangers, notes biologist Emilie Snell-Rood, and “being highly cognitive might give some animals a push,” helping them to deal with new environments.

Growing smaller, at least in wingspan, seems to have been more helpful for cliff swallows. Over the last 30 years in the increasingly urbanized American Southwest, highway-building has caused cliff swallows to abandon their crumbly sandstone cliff homes and nest under concrete bridges. “We built them a better cliff,” says University of Nebraska ornithologist Mary Bomberger Brown dryly, “and the birds flocked to them.”

More remarkable, Bomberger Brown saw physical change follow rapidly upon behavioural change. The new habitat brought increased danger from trafﬁc and, sure enough, the ornithologist soon saw large numbers of dead birds by the roadside, until, with relative suddenness, she saw far fewer. Seeking to learn why, Bomberger Brown compared the living and the dead. The victims were cliff swallows as humans had always known them, with asymmetrical wings spanning about 4.5 inches. The living, though, tended to have symmetrical wings spanning only four inches, a significant upgrade in the kind of quick-twisting manoeuvrability that can see a bird safely through speeding traffic. The variation was probably always present in the swallows, but the larger size was proving a liability and, now, reproductive success was falling to the smaller birds.

But for every cognitively enhanced shrew and fast-darting swallow, there are many more animals who flourish in cities for the same reason we do, by a bent for adaptation. The urban foxes of Bristol, England, a fixture since the 1930s, are famous, not least because of their commuter segment, foxes who come in to forage by day before retreating to the countryside, and the even more remarkable reverse commuters, who head out of the city in the morning, like humans going on a picnic, and return to their city dens at night. A Bristol municipal pamphlet about the foxes stresses there is currently no difference between the city and rural populations. Like North America’s new urban coyotes and its city raccoons, foxes simply love what we’ve done with the place—especially cities’ well-stocked larders and attractive den possibilities.

That’s not to say that true speciation, an inability to breed with their country cousins, is impossible way down the urban road, but the chances for an organism as complex as a raccoon “are very, very slim,” says Burton Lim, assistant curator of mammalogy at the Royal Ontario Museum in Toronto. “The last time raccoons speciated was four million years ago.”

Evolution is a matter of generations, and the shorter a species’ lifespan, the greater its potential for rapid change. The London Underground mosquito has already crossed that species line; the bugs that bite Tube riders no longer breed with the ones gorging on bus passengers. The orb-weaver spider may be on its way. With a natural 10-1 female-male size differential, city females are now up to 30 times larger than country males, which has to raise a few reproductive issues.

As for the larger animals, there is no selective pressure on creatures already so supremely well adapted. In Toronto, where people are busy adapting to what critics call—jokingly, so far—the city’s new raccoon overlords (currently 100,000 strong), it’s as easy to envisage a future where humans are reduced to living in their attics.