How to throw a book launch, Martin Picard-style

Shaking things up at the Sugar Shack

That Montreal’s Martin Picard, co-owner and chef of Au Pied de Cochon and host of The Wild Chef, knows how to entertain on a bacchanalian scale should come as no surprise. He’s a big personality, after all, not to mention the granddaddy of poutine topped with fois gras. And on March 1, there was certainly reason to celebrate: Picard invited friends, family, regulars, suppliers and fellow chefs–including a few of the celebrity sort–for the book launch of Au Pied de Cochon Sugar Shack. It’s a 380-page ode to maple syrup—and to Picard’s Quebecois heritage—that features a short story about the last woman on earth (who plans on eating herself to death in a sugar shack), a fable about maple syrup-addicted pigs, as well as 2,000-plus colour photographs and over a 100 recipes, including a Monte Cristo sandwich that requires three days of preparation. The reveling took place at Picard’s Sugar Shack restaurant in Saint-Benoît de Mirabel, just an hour or so outside Montreal. Guest of honour? Maple syrup, of course–the ambrosial stuff was in everything from the cocktails to oysters and scrambled eggs.

The day and evening’s festivities were beautifully documented by photographer Roger Lemoyne: 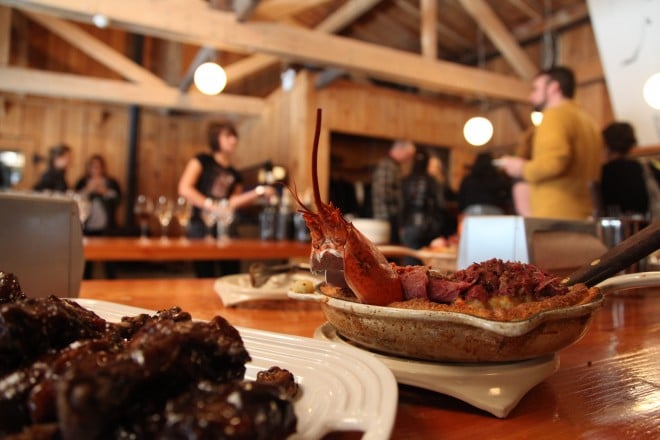 Duck drumsticks and a lobster omelette topped with smoked meat 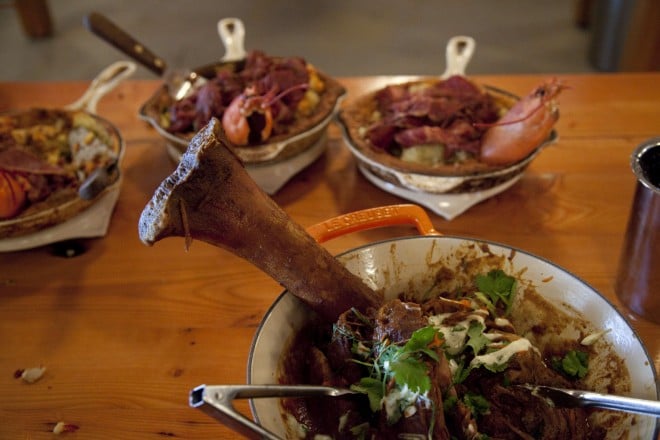 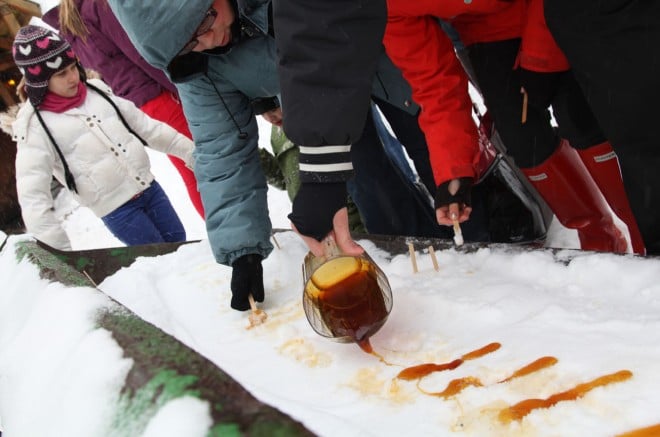 Making maple taffy in the snow 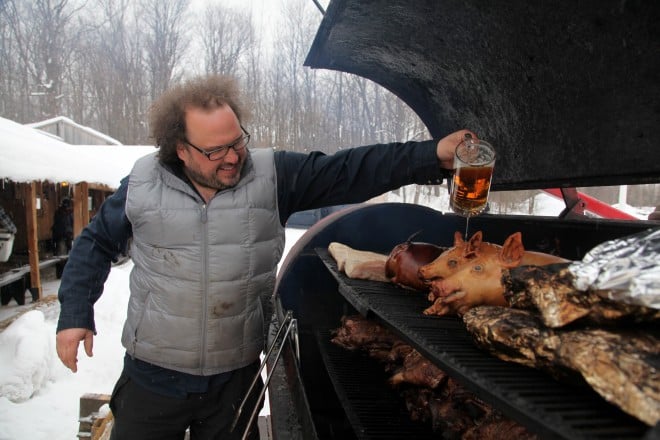 Picard pouring beer over the suckling pigs in the smoker 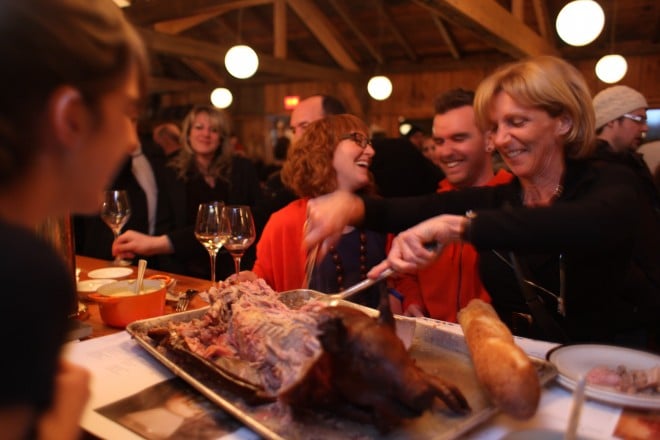 Guests dig into (literally) one of the suckling pigs 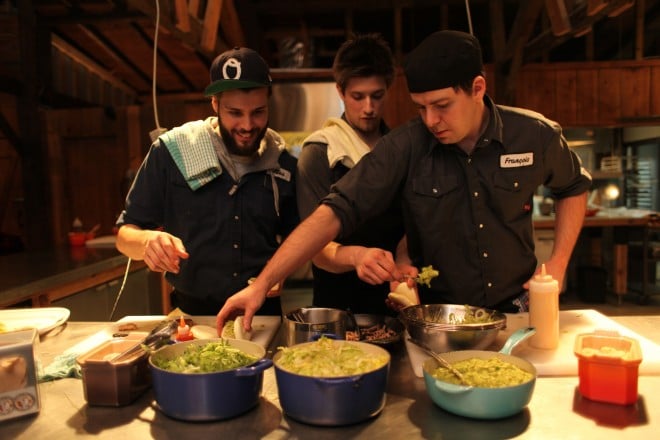 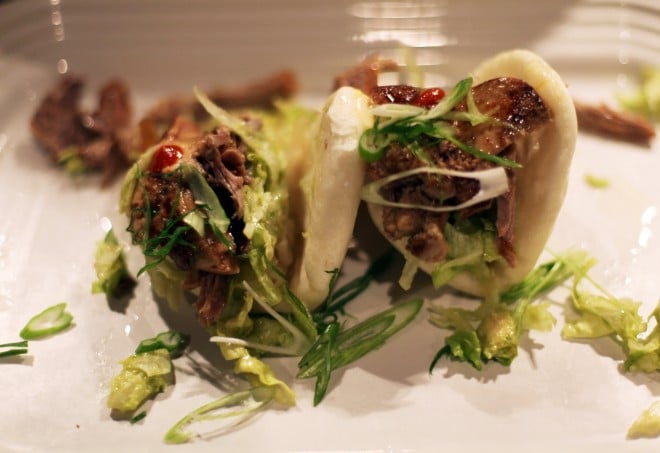 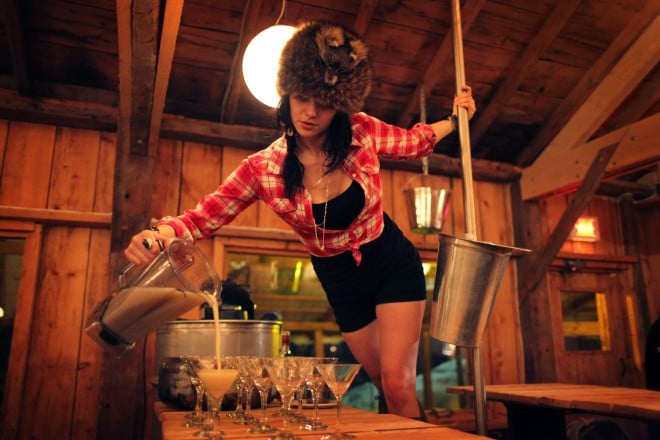 Serving up daiquiris of dark rum, maple syrup and lime 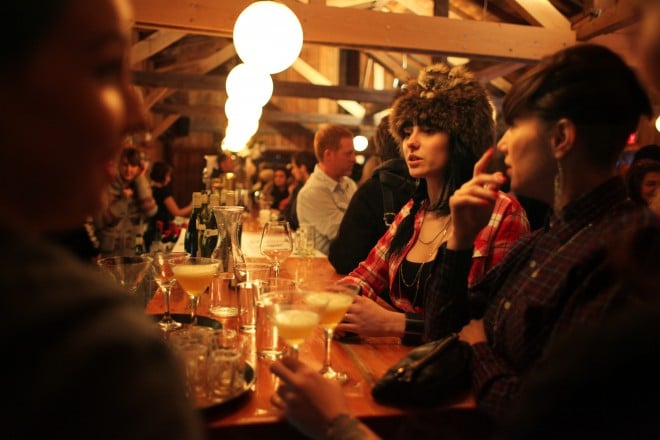 Inside the Sugar Shack (that's artist Marc Séguin in the background) 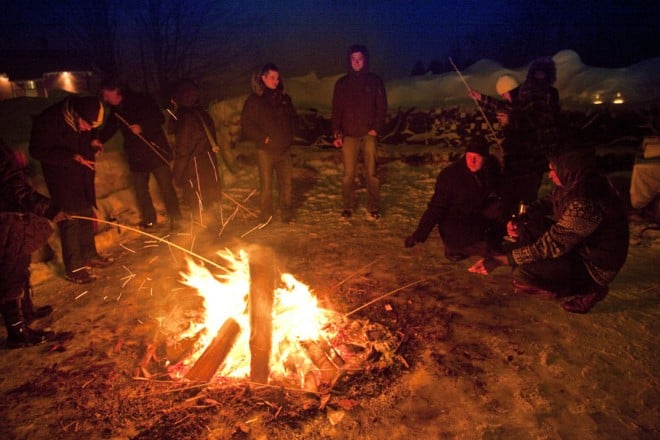 Outside, guests roast their own maple marshmallows and sausages