Paula Deen, 'Carlos Danger' and U of T prof. David Gilmour share a spot on this list of shame

Few Americans would describe North Korean leader Kim Jong Un as “a good friend” and “just a cool guy.” But few Americans are Dennis Rodman, the NBA hall of famer with a penchant for publicity. When Rodman visited North Korea recently, he lived a “seven-star” lifestyle, including parties with Kim on 200-foot yachts, non-stop cocktails and expensive cigars. Kim may be a good friend to Rodman, but he hasn’t been much help to those who really need it. More than one in four North Korean children under five suffer from chronic malnutrition, according to the UN, and North Korea requires $200 million annually worth of food aid.

As everyone knows, you can’t stop paying rent and declare your landlord’s property an “embassy.” Yet that was the tactic of Andreas Pirelli when he placed a $26,000 lien on the Calgary home he was renting. As a follower of the Freemen on the Land movement, he believed he could unilaterally opt out of Canada’s laws, taxes and regulations. Nope. Police arrested him and shipped him to Montreal to face assault charges from 2010.

In a mean-spirited attempt to deter the homeless from camping overnight in a vacant lot, city workers in Abbotsford, B.C., spread chicken manure along some nearby railway tracks. After word got out, city manager George Murray took responsibility and Mayor Bruce Banman spent the following days apologizing to the city’s homeless. “I would like to think that we can use this as a teaching moment on how to deal with people in a compassionate manner,” Banman said. 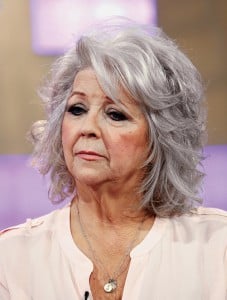 Using the N-word when you’re a celebrity chef is wrong. Fantasizing about throwing a “slavery-themed” wedding with an all-black staff is just plain disturbing. Paula Deen, once a Food Network star, lost her show and many sponsors for comments in a defamation suit filed by a former employee. She bawled during a Today show interview, apologized and said she’s not a racist; the suit against her was later dismissed. Unfortunately for the Food Network, many of Deen’s staunch supporters have boycotted the channel.

How can newborn girls be protected from the threat of sexual assault? One solution, courtesy of Saudi cleric Sheik Abdullah Daoud, is to dress them in a veil. His comments sparked outrage even from his own community. A former judge at the Saudi Board of Grievances urged citizens to ignore the “unregulated fatwa,” which he claimed made Islam look bad.

Anthony Weiner thought the public could overlook his transgressions (tweeting crotch pictures to various women) when he decided to run for mayor of New York City. Then a new woman spoke out about recent online exchanges with the former congressman. When news spread that Weiner adopted the pseudonym “Carlos Danger,” late-night comedy TV hosts had almost too much fodder. After finishing dead last in the mayoral primaries for the Democrats, Weiner gave a crowd the middle finger as he drove away. 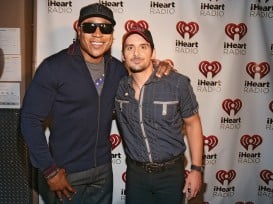 For country stars looking to team up with a rapper to address the racial divide, calling your track Accidental Racist probably isn’t the solution. It’s hardly surprising country singer Brad Paisley and rapper LL Cool J got plenty of flack with lyrics such as: “If you don’t judge my do-rag, I won’t judge your red flag,” referring to the Confederate flag embraced by slave-owning Southern states during the Civil War. At least it didn’t upset everyone on purpose.

Only in China will you find an African lion that barks. The Luohe zoo reportedly couldn’t afford an real lion and instead tried to fool visitors with a fluffy dog. One zookeeper told Chinese media that the real lion was away for mating—but that didn’t explain another dog passed off as a wolf, foxes in leopard cages, and rats in display cases marked “snakes.”

In an occupation preaching modesty, Franz-Peter Tebartz-van Elst is the “Bishop of Bling.” The German Catholic bishop spent $44 million to renovate his residence in Limburg, spending $475,000 on walk-in closets, $1.1 million for landscaped gardens, $20,000 for a deluxe bathtub, $35,000 for a conference table and $4 million for a private chapel. An embarrassed Pope Francis ordered the bishop out of his fancy digs and launched an investigation, but didn’t kick him out of the Church.

University of Toronto instructor David Gilmour made headlines when he said in an interview earlier this year, “I’m not interested in teaching books by women.” Too bad his students will miss out on great authors like the Nobel prizewinning author Alice Munro and New Zealand’s Eleanor Catton, who took home this year’s Governor General’s Literary Award and the prestigious Man Booker Prize.