Is America really having a crisis of trust? Or is it just becoming more Canadian?

Scott Gilmore: In Canada trust levels are as bad or worse as those in America. And that might be the secret to this country's success. 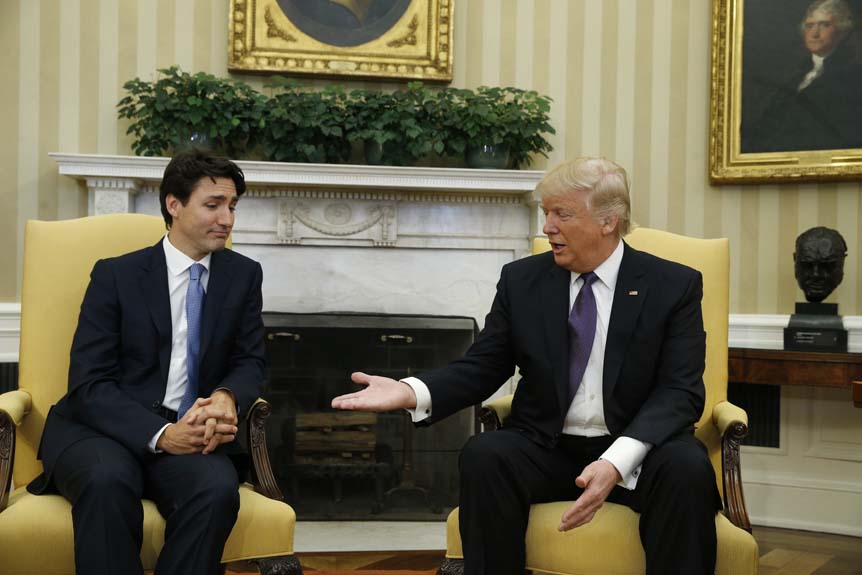 I had an interesting conversation with another columnist yesterday. He pointed out something so simple, so common, and yet utterly extraordinary when you take it apart and look more closely.

When you are driving down the highway, it would only take a momentary flick of the wrist for an oncoming driver to crash their car into yours. There is nothing there to stop them. All it would take for you to die is for a stranger to move their hand three inches to the left. Yes, there are lines, and laws and consequences—but the fact remains, as you hurtle towards each other, each in your own lane, you are implicitly trusting your life with that stranger. And the next one. And the next one. Hundreds of them a day, maybe thousands. But you have no choice if you want to go anywhere. Trust is a fundamental element of our highway system, even though we never even think about it.

In fact, almost our entire society is built on trust. We trust the grocer to not sell us tainted meat. We trust the dentist not to remove healthy teeth. We trust our journalists not to lie. We trust our politicians not to be corrupt. Without these countless, daily leaps of faith, everything falls apart.

When trust begins to decline, it is something to worry about. According to the latest data from the public relations and marketing firm Edelman, this is exactly what is happening, with trust in business, governments, NGOs and the media falling around the world.

Edelman’s annual survey of 28 countries has been in the news this week because of what the firm describes as a “crisis” in the United States: the single largest one-year drop in trust levels with the steepest decline being trust in their leaders and government.

The data, when you drill into it, does seem to make sense. The U.S. is going through one of the most tumultuous times in recent decades, with citizens on both sides of the political divide questioning the integrity of the government, the FBI, politicians, newspapers and CEOs. But the data also includes an interesting surprise for Canadians.

These seem like fairly stable times in Canada. Politicians are bickering, but mostly about relatively small issues like pot shops and Caribbean holidays. The economy is doing well, with the unemployment rate falling in every single province. We are no longer fighting a bloody war in Afghanistan. Quebec is not threatening to leave, and the cod are coming back to Newfoundland. These are objectively good times. And yet, Canadian trust levels, with one exception, are just as bad or even worse than those in the United States.

In both the United States and Canada, only half of respondents trusted NGOs. The breakdown for businesses was about the same. Only 75 per cent of Canadians trust their own employer, compared to 79 per cent in the U.S. And while only four in 10 Americans trust the media, in Canada it is just five in 10. The only institution that Canadians trusted significantly more than Americans was government—46 per cent to 33 per cent.

Across the board, Canadian numbers have stayed relatively steady over the last seven years. If Americans are having a sudden crisis of trust, it would appear they are merely catching up with their wary northern neighbours.

We could debate the methodology and sample size, but there is no doubt that more Canadians have trust problems than I think most of us would have predicted. Which is very odd. This is a golden age for the dominion. We’ve never been wealthier. Crime is at historic lows. We have never lived as well or as long. Our governments are transparent and stable. And our international reputation and profile has been sterling for over a decade now. Even this Edelman survey found that corporations headquartered in Canada were the most trusted in the entire world. So why are we so skeptical, so distrustful?

Perhaps this is the secret to our success. We don’t trust anyone. We watch our institutions like a cynical hawk, and this is how we muddled our way to where we are now. (If that is the case, then Americans might be well served by their newfound distrust.) Or it could be that the new age of social media has amplified our fears and made us far warier than we once were. I honestly don’t know. Regardless, I’ll be keeping a sharp eye on those drivers as they pass by me today, and I expect they’ll be doing the same.