Is Girls the show everyone's been waiting a decade to see?

Thoughts for the start of Season 3 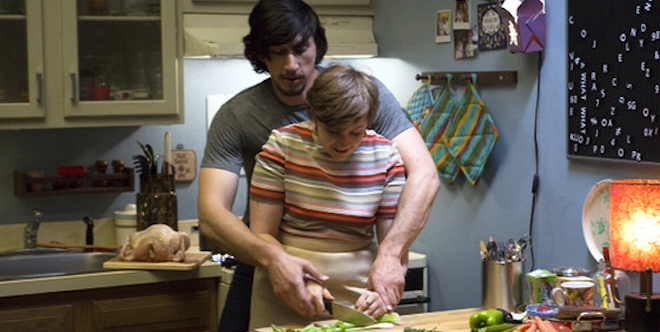 As 2013 drew to a close, those professional TV watchers among us concluded that, probably, we were finally at the end of an era defined on our screens by the anti-hero. “We don’t want to watch another troubled special snowflake purposefully glare into the camera while the muzzle of a handgun obscures his body in the foreground,” Margaret Lyons wrote over at Vulture. The New York Post declared that “TV’s anti-hero may have jumped the shark.” And not a moment too soon, it seems. With the end of Breaking Bad, Willa Paskin wrote at Slate, Walter White—now generally (though controversially, in some corners) accepted as the preeminent anti-hero—“revealed the field behind him to be occupied by a bunch of wan copycats.”

That list of copycats—from Mad Men‘s Don Draper to House of Cards’ Francis Underwood—is two things. First, it’s more often than not a list of very successful programs, measured either purely by viewership or by cultural saturation, how well it captured whatever felt like the zeitgeist at the time. We have, for years, loved the decadent and depraved Draper-land (with still two more to go), just like we loved the man at the centre of the Sopranos universe that started it all. We even loved The Wire’s McNulty along the way.

It’s also a list made up entirely of men. Mark Harris at Grantland noticed this in December, when he made a two-pronged attack on the era of the anti-hero, declaring that not only was it dead, but that the era of strong female characters had begun. The anti-heroes, Harris wrote, cast long shadows, but their collective demise shows us that “this year did not mark the last gasp of the golden age, but instead a redefinition and re-gendering of what great television drama can be. It can be on a network. It can manipulate forms as dowdy and unrevered as the weekly procedural or the prime-time soap melodrama. And it can star women.”

All of which might prompt one to wonder whether everybody suddenly forgot that Girls has been on for two years. Let’s review: A program that could be fairly billed as a soapy melodrama that, at times, leaves the viewer feeling as if they’d just undergone a half-hour, invasive, emotional procedure, and that has been led to this point by a deeply flawed, yet sympathetic anti-hero—who also happens to be a woman.

But what of Hannah Horvath (Lena Dunham), another brooding, troubled, special snowflake with whom viewers have now apparently grown so tired? Well, even that may have changed. Judging by the trailer HBO released ahead of this Sunday’s double episode premiere at 10 p.m. ET, Hannah is happy again. So, could it be that Girls might be the show everyone now apparently agrees they have been waiting something close to a decade to see?

Before we get too far ahead of ourselves, Dunham has already warned that, though Hannah is “in a better place than we’ve ever seen her,” this is still Girls,“so things can’t stay very good for very long.” To some ears that might bring fears Hannah will manage to slide back into the distressing world of transparent mesh tank-tops, making out with drug dealers, naked ping pong, and episodes of an ear-destroying obsessive-compulsive disorder that marked Season 2, but the betting money would probably be that since she’s already done all that, it’s likely either Marnie (Allison Williams), Shoshanna (Zosia Mamet) or Jessa (Jemima Kirke) take a steep decline this year. As it happens, Hannah will continue to work on that eBook she started last season, and navigate the world of domesticity with Adam, who is also back (good), now again a steady presence after rescuing Hannah in what was a fairly drippy finale to Season 2.

Marnie—now sans boyfriend Charlie, since Christopher Abbott quit the show after Season 2—will, according to the pre-launch press, apparently spend time “adjusting” to her new situation and “working to achieve the life she feels she deserves” (well, aren’t we all?). Jessa will return and strike up what’s being billed as an “ambiguous friendship with a flamboyant father figure.” Meaning, probably, that you can feel free to adjust your eyebrows to raised. And Shosh? Oh, our Shosh. She’ll be “continuing her streak of disrupting the lives of those around her,” no doubt endearingly. And Ray. Ray is in there somewhere. Making coffee. Being acerbic.

All the familiar criticism of the show (too much upper-middle class white privilege, too few real stakes at hand) will probably return, too. Though, perhaps it will be slightly muted now in this post-male anti-hero universe. But in whatever form it comes, so be it. Girls, at its heart, has always begged for a judgmental and, ultimately, validating eye to examine it. It is about 20-somethings, after all.