Is it any wonder we don't report? 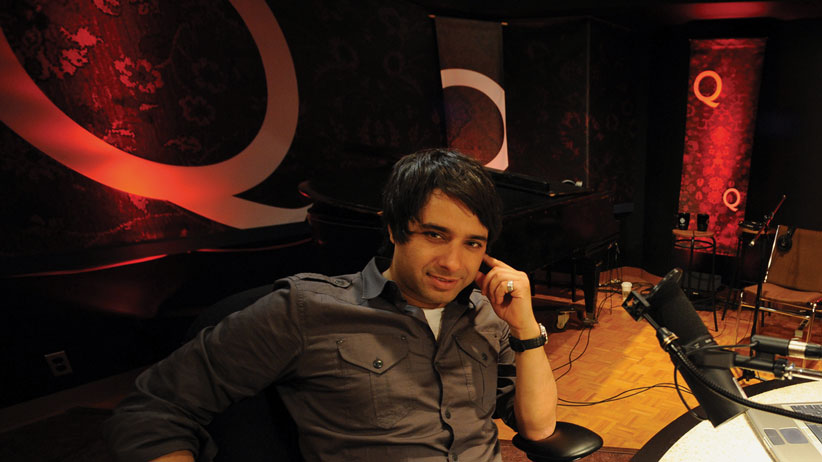 Since allegations against beleaguered CBC personality Jian Ghomeshi broke last weekend, conversations about sexual assault and consent have dominated the news cycle in Canada. It’s hard to write off—if you have a heart, that is—the nearly eight million statements made on social media around the world this week, via the Canadian-born Twitter hashtag #BeenRapedNeverReported, by women who say they were raped but never reported their assaults to police. The women’s reasons for not doing so, according to their Twitter feeds, range from fear of not being believed to simply having no time for, nor interest, in the lengthy criminal proceedings that might occur as a result.

So far, where Ghomeshi is concerned, nine women have come forward with abuse allegations, and three have made official statements about him to the Toronto Police Service (TPS), which is now investigating the matter.

However, despite overwhelming sympathy for victims of assault—those who choose to report and those who don’t—there are no easy answers to questions of sexual assault, as some in Canadian media have argued; and the presumption of innocence of the accused, no matter how seemingly unfair in a case as patently obvious as Ghomeshi’s, is fundamentally important.

“That bothersome business about standard of proof is not something cooked up to torture hapless victims of sexual assault or to help perpetrators escape justice,” Christie Blatchford argued in the National Post. “Proving that someone has committed a crime beyond a reasonable doubt is the same standard for every offence in the Criminal Code.” Overcoming that presumption of innocence, she writes, “is meant to be bloody difficult.”

A criminal trial will never be a picnic, as Blatchford, citing former Ontario Superior Court judge David Watt, put it. But it shouldn’t be a last supper. Which is to say, a criminal trial should not be as soul-crushing for the victim as the memory of the crime itself. And, rather than merely ask why women—and men—don’t report sexual assault, we should ask what the criminal justice system can do to make the process of sitting trial less strenuous and traumatic for victims. “The criminal process is geared toward giving the accused as fair of a trial as possible,” says Simona Jellinek, a lawyer in Toronto who sits on the sexual assault advisory committee of the TPS. “The problem with that is the victim is also put on trial without any of the protections given to the alleged perpetrator.”

Related:
#YouCantShutMeUp: Feminism goes viral
Sex, lies, and the CBC
Why it’s harder to believe the worst of a host
Notes on Jian Ghomeshi

In the criminal justice system, the alleged victim is a witness to the Crown, which must prove its case, but also remain relatively neutral in tone. Defence counsel, on the other hand, may go to great, sometimes sensational, lengths to prove the innocence of the client, even using what one Ottawa defence lawyer dubbed the “whack-the-complainant” strategy. This strategy, loathed by University of Windsor law professor David Tanovich, involves the kind of sexist, retrograde clichés that many in academia call “rape myths.” “This would include,” writes Tanovich in his forthcoming paper, “Whack no more: Infusing equality into the ethics of defence lawyering in sexual assault cases” in the Ottawa Law Review, “cross-examination on what the complainant was wearing, whether she immediately reported the incident, whether she spoke to a psychiatrist, her socio-economic status, drug or alcohol use, lifestyle, or marital status.”

If, like me, you thought defence lawyers in the modern world refrained from asking the kind of gratuitous questions one sees on Law and Order: SVU, think again. Just last year, a defence lawyer at a sexual assault trial in Windsor, Ont., requested to use a picture of Italian Renaissance artist Sandro Botticelli’s painting Calumny of Apelles as demonstrative evidence in its closing statements to the jury. The painting, originally from 1494, depicts the wrongfully accused ancient Greek traitor Apelles on trial, surrounded by a series of menacing women, each one made to represent a different moral failing, all the way from ignorance and slander to suspicion and fraud. Thankfully, the judge in question denied the request—literally, the perfect picture of backward thought. But, Tanovich, argues, the fact the defence brought it forward demonstrates the culture of the courts on these issues. “These stereotypes are so prevalent in our culture,” he says.

Despite Canada’s rape-shield law (re-established in 1992 to prevent defence lawyers from overzealously interrogating alleged victims of sexual assault), it is virtually impossible to ban certain questions and practices from the courtroom. Tanovich and his peers, however, hope that a cultural shift will occur, through awareness and education (he suggests adding more law professors, as opposed to defence attorneys, to the teaching rosters of Canadian criminal law programs) that renders the “whack-the-complainant” strategy socially unacceptable when it’s being used to unfairly discredit a witness.

The hard truth is that there appear to be no structural changes that can prevent so-called rape myths from entering the justice system—only cultural ones. But culture matters, at every level of the process. “I think it’s really important that first responders adopt an attitude which is less blaming and more supportive of survivors,” says Cynamin Maxwell, a counsellor at the Toronto Rape Crisis Centre.

When Joshua (not his real name), a Toronto man in his 20s, was sexually assaulted as a minor—and when he was subpoenaed to testify again as an adult when his alleged assailant was accused again—he says the only person who treated him “with any level of compassion was the woman from Victims’ Services. The Crown attorney’s office was frosty, unreliable, often unreachable and callous. I felt as if I was bothering a distant friend to help me move a chesterfield up several ﬂights of stairs; they never answered the phone, they kept changing dates, they made me feel the entire time as if they were doing me some huge favour.”

So far, the conversation about the reticence to report has centred on the stress of testifying and being believed by friends and family, but even the logistics of the process would discourage a complainant. Recently, Joshua was asked to pick up some court documents from a faraway office; he was told the documents could not be faxed to him. “These simple tasks piled up on top of already miserable times that are extremely emotionally draining,” he said.

“If we really cared about rape, we’d give women their own lawyers and we’d pay for it,” says Elizabeth Sheehy, a law professor at the University of Ottawa, referencing countries where victims of sexual assault may access a lawyer of their own choosing to prosecute cases of sexual assault. Were we to adopt this model, the cold disposition Joshua mentions above might become a thing of the past. And, more important, victims in the courtroom might feel less like sitting ducks.