He was a charming extrovert and excelled as a recruiter in Toronto. But his heart and home were always in Nova Scotia. 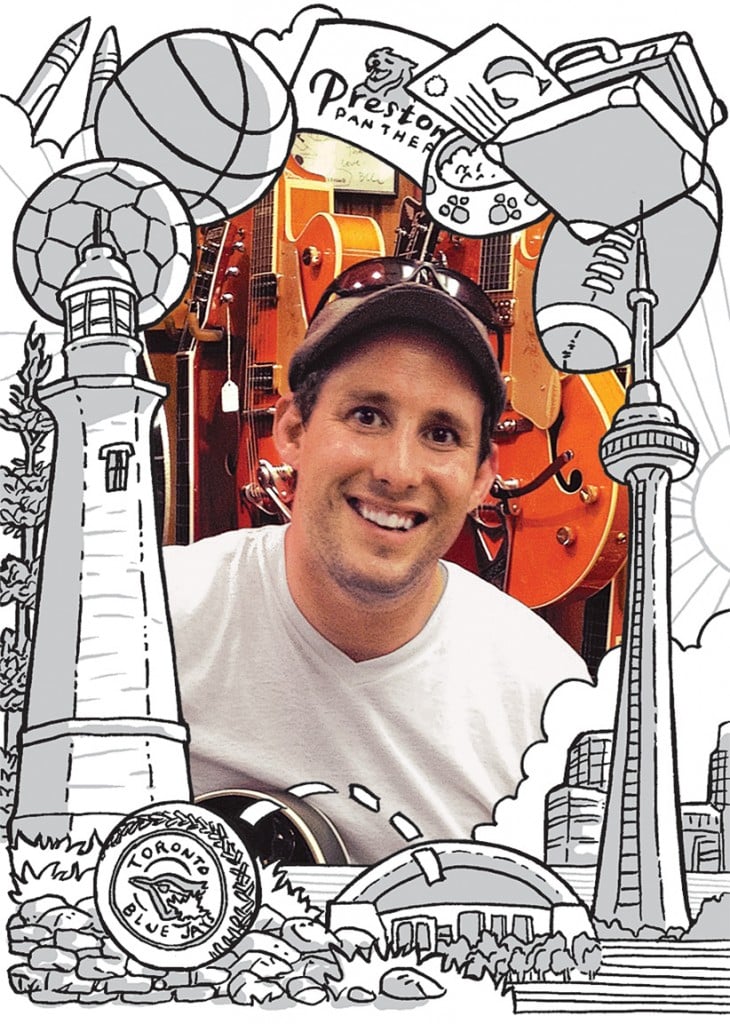 James Dale Greer Mackinnon was born in Glace Bay, N.S., on July 4, 1980. His mother, Diana, was 17 when Dale, the name he went by, was born. His parents’ relationship ended soon after that and his father, Darrell, was not in Dale’s life.

Diana and Dale lived with her father for a time while she finished high school. They spent Dale’s first six summers at his grandfather’s cottage at Mira Gut beach. Dale was two when his mother began studies at University College of Cape Breton to become a child-life worker. “Dale was my inspiration, every step of the way,” she says. As she studied at home, Dale often sat across the table from her, drawing and colouring. “We grew together and we overcame so many hardships together,” recounts Diana. Even at his then-young age, Dale was encouraging. “Ma, you can do this!” he’d say, when she was struggling with her studies.

After graduating in 1986, Diana moved with Dale, then 6, to Kitchener, Ont., where she had a position at St. Mary’s General Hospital. Diana threw Dale into all the sports she could. “I put him in baseball, I put him in soccer. I put him into any sport, like track and field, that didn’t cost us a lot. I had to expend his energy,” she laughs. Dale excelled so much at basketball that, at 15, he was selected to attend an Olympia basketball camp coached in part by NBA players.

Dale attended Preston High School in nearby Cambridge. He joined the Panthers football team, ran track and formed several life-long friendships. He then went to Conestoga College and graduated with a diploma in materials management. For a short time in Kitchener he worked as a purchaser, but realized his calling was in executive recruiting. He was always helping buddies with resumés to prepare them for job interviews. The work suited his extroverted personality.

Dale could charm his way into practically anything. “He had an uncanny ability to get us where we weren’t supposed to be,” says long-time friend Dean Jerome. Dean once told Dale he was going to a Manchester United vs. Celtic soccer game at Toronto’s Rogers Centre. Dale said he was coming, even though the game was sold out. Sure enough, as the game started, Dale came and sat beside Jerome and his other friends. They had no idea how Dale got in. Eventually the owner of the seat Dale was in came and tapped him on the shoulder. “Don’t worry about it, I’ll be back,” Dale assured Jerome. A half-hour later, Jerome received a text message from Dale. There was Dale in a VIP suite, drinking free beer and sporting a huge grin, posing with the Montreal Canadiens’ star P.K. Subban. “Dale has pulled off things like that, I don’t know how many times,” laughs Jerome.

Three years ago, with his then long-time girlfriend, Ali Linton, Dale moved from Kitchener to Toronto for a head-hunting job. He quickly rose to director of talent management at Bay Street Staffing Group. He worked hard, never taking opportunities for granted. Diana would joke with him, “Mama wants a moped!” He’d reply, “Mama’s getting a moped!”

Dale loved Toronto. From his downtown condo, where his cat, Hemingway, and golden lab, Charlie, had a view of Lake Ontario and the CN Tower, he would walk to Blue Jays games. Yet Cape Breton was never far from his heart. “He was just so proud of where he came from, who he was,” says his cousin Rita Snow.

In 2006 Diana had decided, reluctantly, to move back to Cape Breton because her mother had dementia. “Dale was so supportive of me, to come back to my roots.” As a show of that support, he got a tattoo of the Mackinnon family crest—featuring a snarling boar with a bone in its mouth—on the back of his leg. The two promised to spend every Christmas together at her home right on Mira Gut’s wide, long beach.

This past Christmas, Dale made it back to Cape Breton again. Early on the morning of Dec. 24, when the tide was out, Dale walked out along the bare sea floor. He climbed the rocks of a breakwater to take photos and video—likely for Diana—of the moon still shining beautifully on his mother’s house. On the video, says Diana, he says: “I feel I am in the most beautiful place on the face of the Earth right now. This is like heaven.” Moments after making the recording, he slipped, broke his neck and died instantly. With the help of a police dog he and his phone were found a few hours later. He was 35.