A teacher, a coach and a driving force in the Yukon’s hockey scene, he could skate ‘like a cloud moving through the sky’ 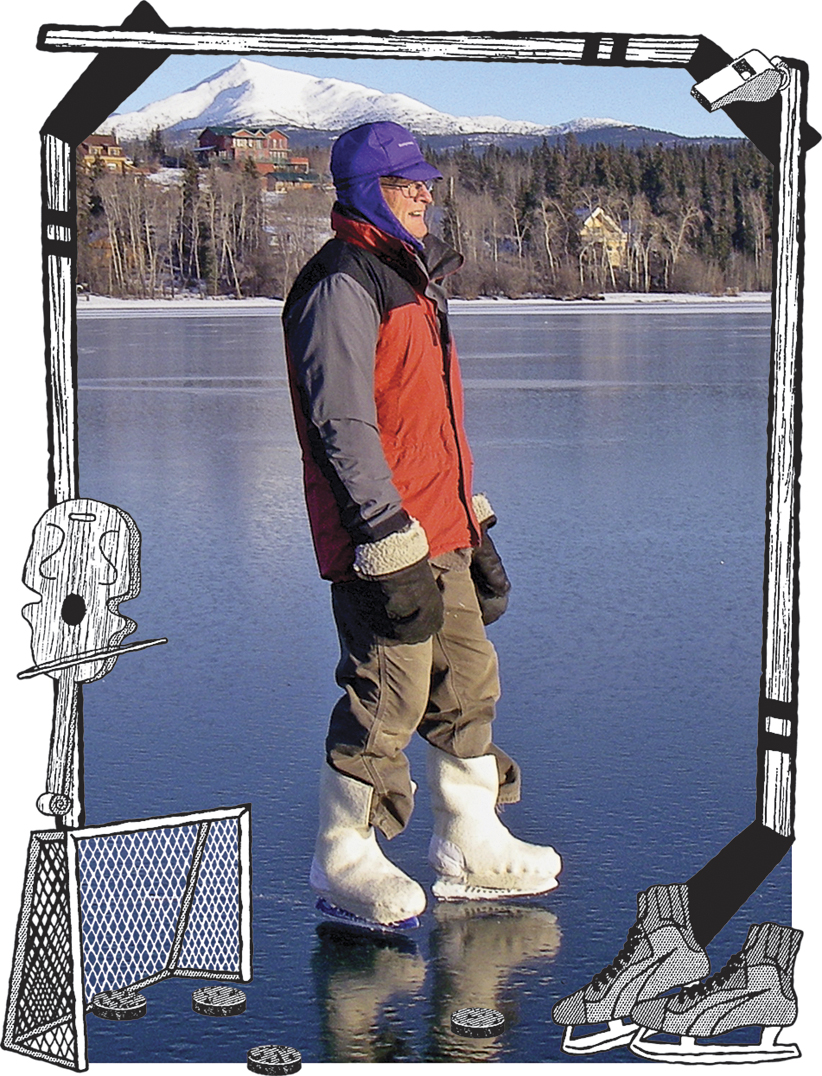 James Reginald Fowler was born on March 28, 1941, in Kirkland Lake, Ont., to Anita, a teacher, and James, a machinist at Dow Chemical who also worked in the mines. Jim had an older sister, Francis, and was followed by twin brothers, Ray and Bob, then sisters Margaret and Marie.

The family of eight moved to Sarnia, Ont., in 1950. Jim collected stamps in his spare time, but his true passion was hockey. He was a great skater and good at checking, but he also had a knack for putting the puck in the net. “Dad used to give us a dollar if we scored a goal,” Ray says. “I thought Jimmy was going to break the bank. Every day, he’d come home with two or three goals.” Jim later enrolled at St. Michael’s College School in Toronto, where his teammates dubbed him Jim “the Fiddler” Fowler because he played that instrument off the ice.

After graduating, Jim moved to Rouyn-Noranda, Que., to work as a driller for Bradley Bros., but his dream was always to become a teacher. He moved back to Ontario, where he came across an ad for teaching positions in the Yukon. When he was offered a job in Whitehorse, in 1964, Jim jumped in is XKE Jaguar convertible and drove across the country. He moved into a First Nations residence next to the high school, where he became the phys. ed. teacher.

For the 1965 Yukon Sourdough Rendezvous, an annual winter festival in Whitehorse, friends set Jim on a blind date with Jacquelin Colyer. “The next day, he picked me up in a motorcycle in about two feet of snow,” Jacquelin laughs. “My mother had a heart attack.” They went back to the Rendezvous and took part in some snow golf.

Jim impressed Colyer with his hockey and downhill skiing skills. He also took part in the flour-packing contest, in which he carried 780 lb. of flour on his back. In the evenings, they danced and partied.

Jim left for the summer to study in Windsor, Ont., and, when he came back to the Yukon shortly thereafter, he proposed to Jacquelin. They were married in November 1966. The two eventually moved to B.C., where Jim finished a bachelor’s degree in physical education, all the while playing varsity hockey. “He was the old man on the team,” Jacquelin says.

Living in Vancouver in 1969, they had their first boy, Jamie. “Jim would come home from hockey practice, sit on the floor and speak through the bars of the cradle,” Jacquelin says. A year later, after moving back to Whitehorse, they added a girl, Kyle. Jim loved experiencing the outdoors with his children, taking Jamie hunting or paddling along the river. “By the time I could walk, he always made sure I had my skates on me,” Jamie says. With Kyle, he would take her canoeing or hiking. “He called them ‘graduation trips,’ ” she says.

After a full day of teaching, Jim would come home and run a couple of kilometres, then chop wood before heading off to hockey. He found ways to exercise in everything he did. “He’d jog backward or zig zag, or whirl his arms around, or do jumping jacks as he walked,” Kyle says. “We called it the ‘Papa Shuffle.’ ”

Jim also spent his free time revamping Whitehorse’s hockey programs, not only through coaching, but also by getting referees certified. Jim helped to coach Team Yukon at the inaugural Arctic Winter Games in 1970 and, in 1979, was one of the founders of the Yukon Amateur Hockey Association. In 1990, Jim was inducted into the Yukon Sport Hall of Fame. He hung up the award next to a letter he received a year earlier from the B.C. Amateur Hockey Association, recognizing his outstanding service.

In 1994, Jim moved to Marsh Lake, about 50 km southeast of Whitehorse, into a home designed by his wife that he himself built. Jim stopped playing organized hockey, but was often out on the frozen lake, skating or playing shinny. When the season was right, he’d fish every day and relax by the fire at night with a beer he brewed himself, and often some poetry. When the grandkids would come visit, he’d take them fishing or hiking. Even into his 70s, Jim was still smooth on skates. “It was like a cloud moving through the sky,” says Gage, one of his four grandchildren.

On Nov. 16, Jim and Jacquelin were out skating on the frozen lake. After coming home for dinner, Jim went out at night on his own for another skate, as he often would. In the dark, he accidentally skated into an area of open water and drowned. He was 73.