She was a gifted pianist and a nurse. Whenever possible, she would embark on long treks in the Rocky Mountains. 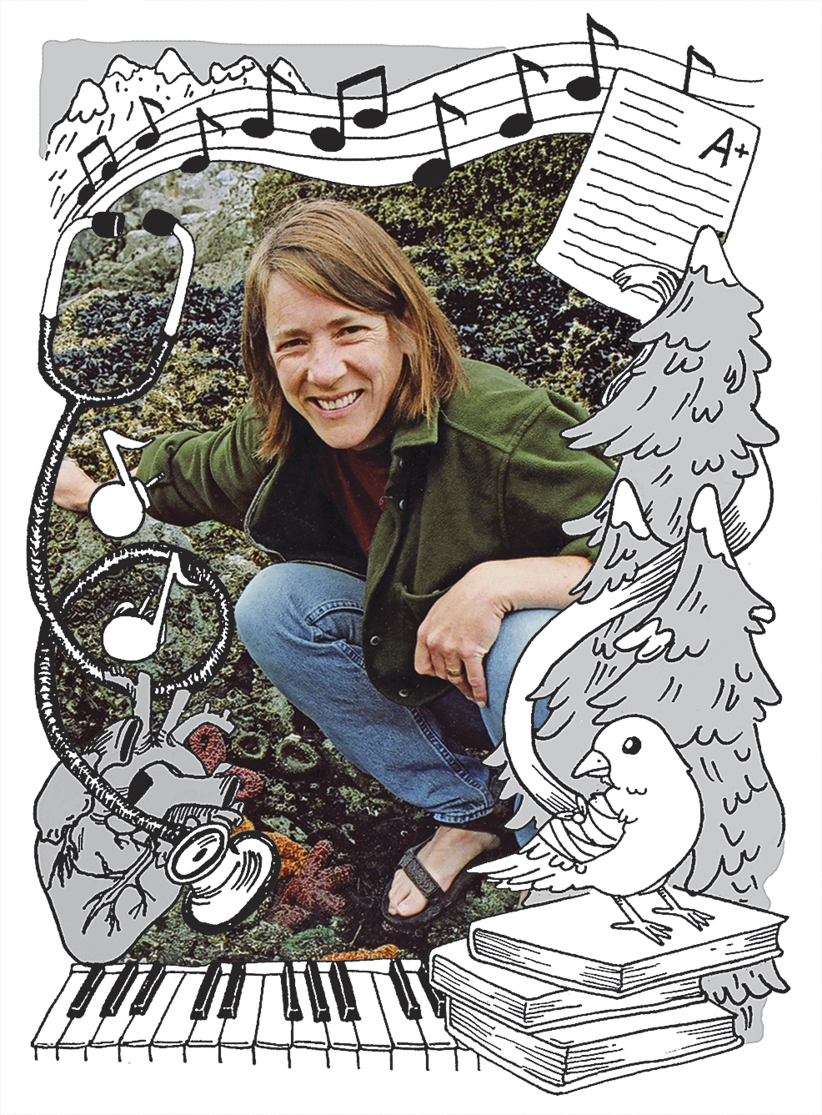 Janet Stephanie Rooks was born in Toronto on May 9, 1959, to Robert, an accountant and university professor, and Peg, a psychologist. Jan, as everyone called her, was the second of four children. The entire family loved the outdoors and spent summers at their cottage on Crane Lake, near Parry Sound, Ont. The kids sailed, swam, did needlepoint, explored the woods and even made birch-bark canoes with their father. On rainy days and at night, they played competitive card games for hours on end.

Jan was an avid reader; she seemed capable of absorbing almost any subject. “She was always a top student,” says her sister Sue. She had a tender heart, as well: When the occasional bird bashed into the cottage windows, Jan tried nursing it back to health.

Music was a big part of the Rooks family. Jan’s grandmother on her mother’s side played piano and encouraged all her grandchildren to take up music. Jan excelled at piano. At Etobicoke Collegiate Institute, she attended the same program as famous bluesman Jeff Healey. She and her older brother, Doug, both played in the school’s stage band, reserved for the most accomplished music students. Jan loved orchestral rock bands such as Chicago, ELO and Pink Floyd. Jesus Christ Superstar was a favourite album. She went on to study classical piano at the University of Toronto, graduating in 1981 with a bachelor of music in performance.

While at U of T, she met a professor, Robert Benedict, who was teaching classical guitar. The couple married in 1981. Two years later, they moved to Fort St. John, a small, isolated city of 19,000 along the Alaska Highway in northeastern B.C. Robert and Jan made a living rewriting and simplifying the famous classical works of musicians such as Bach and Mozart and publishing them in children’s books. They also rescued and repaired old pianos.

Jan and Robert divorced in 1991, and Jan moved to Vancouver, where she decided to pursue a new career and enrolled at the Langara College of Nursing. While in college, Jan worked at a bakery and café. One day in 1993, Grant Tomlinson, a regular, walked in. Like Jan’s ex-husband, he also built and repaired musical instruments, including lutes, and his shop was a few blocks from the bakery. Grant noticed Jan’s earrings were tiny musical notes and struck up a conversation. With their common interests in music and love of the mountains, they became friends. But, dedicated to her nursing studies, Jan “wasn’t ready for a relationship,” says Grant. For two years, they didn’t see each other, until he phoned her up in 1996. “When she was ready for a relationship, she was really ready,” he laughs. On their first real date, Grant introduced her to serious hiking. They climbed up B.C.’s Mount Garibaldi, camping for two days. “Our lives just blended together,” says Grant. They married in Alberta’s Waterton Lakes National Park in 1999.

In 1997, Jan became a cardiology nurse clinician at BC Children’s Hospital, working with children and infants with congenital heart disease, and supporting their parents during intense emotional times. Leslie Raffin, a friend and nurse who worked with Jan for 14 years, recalls volunteering with her at a special memorial service for children who had died at the hospital. “I just remember her reaching out [to parents], remembering their names, their children, how their children had died. I remember watching her move so gracefully through the crowd.”

Music and trekking remained the mainstays of Jan’s life outside nursing. She produced several CDs of classical solo piano works, and occasionally gave concerts on Saltspring Island and at Vancouver’s Silk Purse Arts Centre. Jan had been diagnosed with type 1 diabetes in her mid-20s, but never let that hold her back. Whenever possible, she and Grant and some close friends would do multi-day treks in the Rocky Mountains. Jan—always with binoculars around her neck and a birding book handy—also hiked with Grant in the Swiss Alps and, in 2008, did a 30-day trek in Ladakh in India’s western Himalayas.

On Oct. 14, Jan and Grant, accompanied by Sherpas and guides, were hiking with another B.C. couple on Nepal’s famous Annapurna circuit, when an intense and unseasonal blizzard struck. Jan, who was hiking just metres away from Grant, was swept away when an avalanche struck. Her body has not been recovered. She was 55.

FILED UNDER: Obituaries the end