As a young girl, she became a vegetarian and a volunteer. She travelled the world, seeking to better herself and help others. 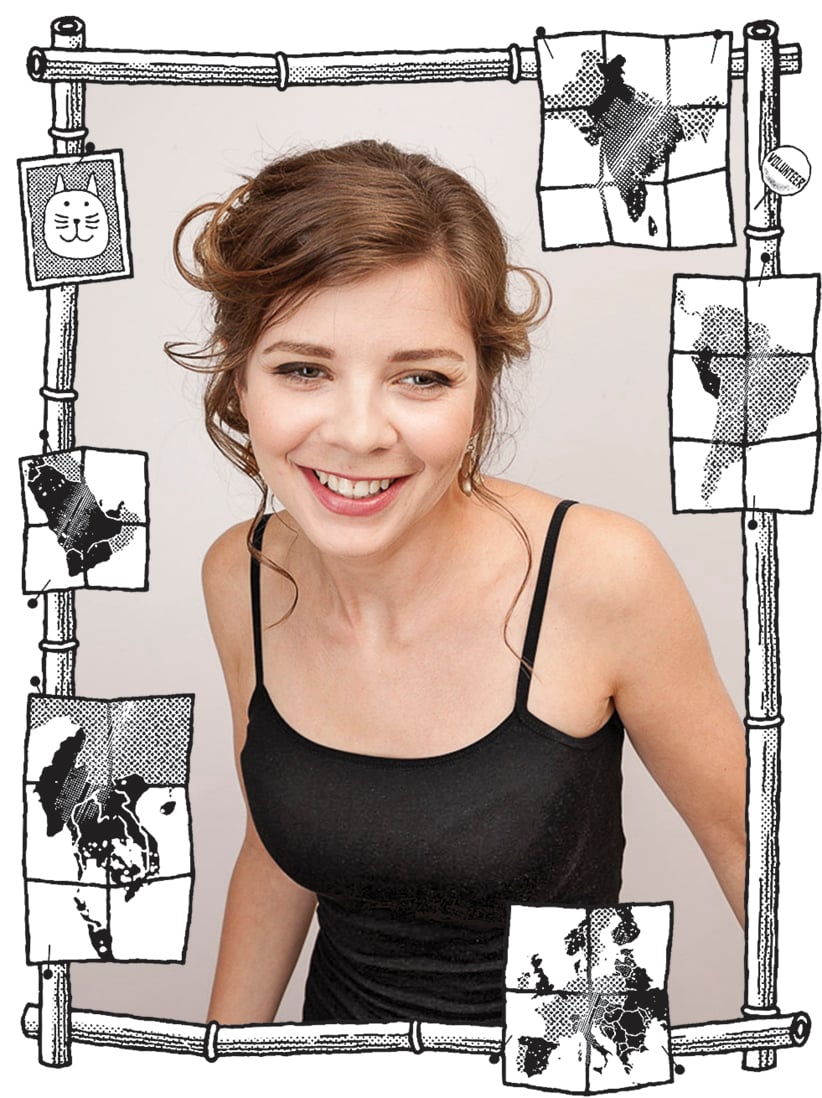 Jennifer Joy Logan was born in Saskatoon on July 13, 1982, to Berdeena, a Canadian Blood Services worker, and Fraser, a salesman. She was an inquisitive and energetic toddler who, at age 2½, became an older sister to her only sibling, Amy.

At four, Jenn’s family adopted a tabby, the runt of a friend’s litter of  kittens, that she named Stripey. Her new pet quickly inspired a love of animals; the next year, she asked her parents, “Does meatloaf have eyes?” and, by 10, she refused to eat meat and tried to convince everyone else to do the same. “My grandparents couldn’t understand that, yes, lard counts as meat and we won’t be eating the pie,” says Amy, who also became a vegetarian.

Jenn grew up going to Girl Guides, taking art lessons and spending her summers at a rustic family cabin on the shore of Saskatchewan’s Candle Lake, where the two sisters spent their days on the beach or in a dinghy. “The cabin didn’t have a shower, so a swim every day was mandatory procedure,” says Berdeena. “Jennifer would enter the cold water screaming like a banshee and flailing wildly as she tried to get everyone else wet.”

When the girls were in their teens, the family visited the poorer parts of the Caribbean, where Berdeena had grown up with her missionary parents. It sparked a social-justice streak in Jenn. While in high school at Aden Bowman Collegiate, she volunteered at the local hospital. After graduating, she travelled across Canada on a nine-month trip with the now-defunct volunteering program Katimavik, working with patients at a mental health centre, maintaining trails in national parks and tending to an organic greenhouse.

Jenn spent a year at the University of Saskatchewan before switching into international development studies at the University of Winnipeg. As chair of the World University Service of Canada, she helped to fund scholarships for refugee students and befriended them upon arrival. As part of her program, she spent three months in Nepal, tutoring women and girls who had been trafficked.

“For all her academia and accomplishments, she wasn’t a very serious person,” says Amy. Jenn was studious but social, often throwing themed parties that would attract as many as 40 friends to her one-bedroom apartment. “Her radiators were overactive, so people would stand in the shower to get cool.”

Jenn visited Thailand and parts of Europe before starting a master’s degree in geography at York University, where she worked on a thesis about the experiences of newcomer Tibetan women in Toronto’s Parkdale neighbourhood. She was an empathetic interviewer and compelling writer, according to Robert Murdie, her thesis adviser and “Toronto dad,” as Amy refers to him. “She had an ability to reach out, engage and simply listen to other people,” he says. “I didn’t consider her as a student. She was an invaluable colleague and a fantastic friend.”

In 2012, after graduating, Jenn took to travelling again. On two separate trips to India, she volunteered for NGOs, studied yoga under local ashrams, participated in a silent retreat and attempted to start her own volunteer-tourism business. She then spent most of 2014 working with women in Saudi Arabia. There, after a mugging left her in need of stitches and plastic surgery on her chin, the police asked her to identify the criminal so they could cut off his hand. She refused.

Visits back home always involved a reunion with friends, a freshly baked batch of  “prune twisters” (a Logan family favourite made from strips of prune-stuffed cinnamon-bun dough) and an altruistic stunt. Once, Jenn signed her family up, much to their surprise, to volunteer at a soup kitchen on Christmas Day. On another occasion, she gently forced her parents to adopt a new cat, Chloe, from the SPCA. Increasingly spiritual, she also began practising reiki, a Japanese healing discipline she’d studied in India, to help relax and aid friends.

In early January, after attending her sister’s wedding and spending Christmas with her family, Jenn set out for Peru, where she planned to spend time at a remote all-female retreat centre before meeting her mom to visit Machu Picchu and Lake Titicaca. On Jan. 17, after drinking a tobacco purge tea during a ceremony at the retreat, she began to vomit and passed out. Staff took her by boat and motorcycle to the nearest hospital, where she died from respiratory failure. She was 32.