He survived POW camps and the bombing of Nagasaki. He remained an optimist who loved people. 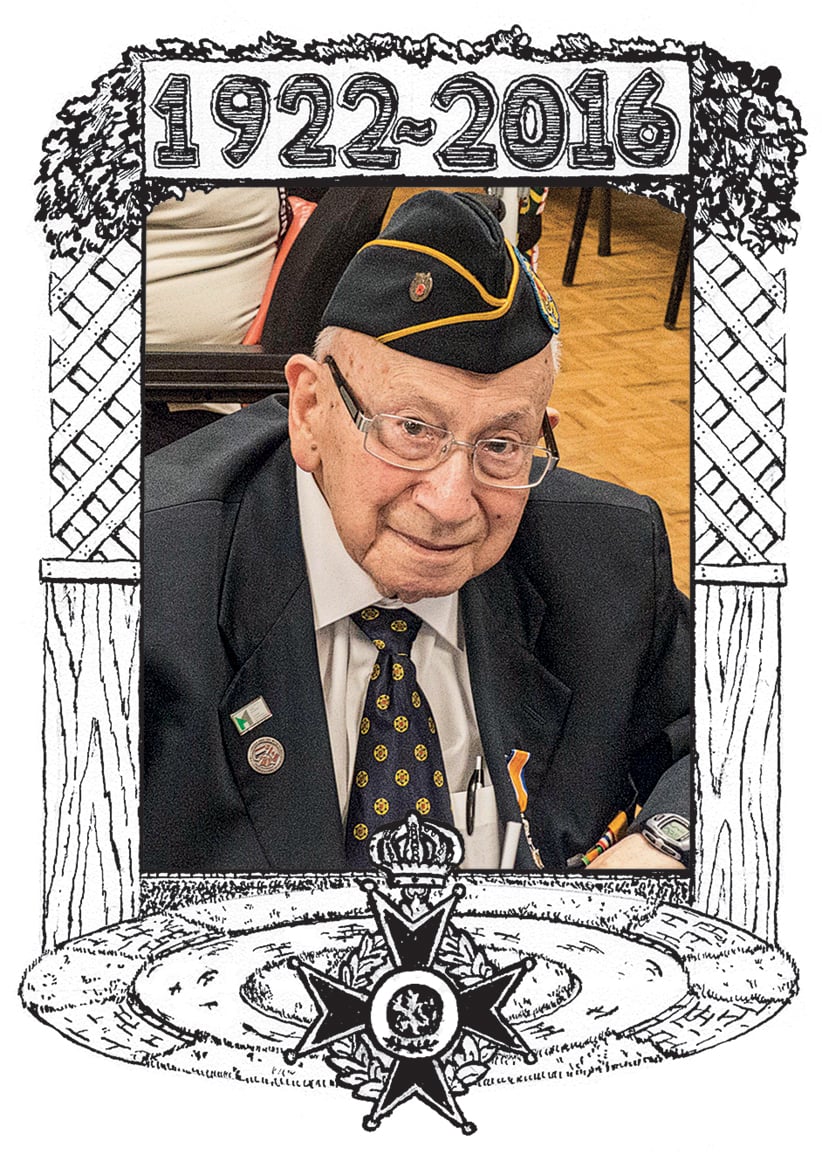 John Herman Franken was born April 10, 1922, in Semarang, on the island of Java in the Dutch East Indies (now Indonesia). His father, Leopold, and mother, Rosetta, operated a hotel in Purworejo where John would grow up.

The second-youngest of five boys, John was handy with tools. As a teenager, he graduated from technical school soon after his father died of blood poisoning. In July 1941, aged 19, John was conscripted into the Dutch Naval Air Force. John, training as an aircraft mechanic, was in boot camp when he and about 300 other Dutch soldiers and citizens boarded a vessel to evacuate to Australia in March 1942. The ship was captured by Japanese war ships and John was taken to a POW camp at Makassar on the island of Sulawesi. There, he was forced to convert schools into “comfort stations” where kidnapped Korean and Chinese women were held as sex slaves. “They were crying for help,” said John about the women, in a recording for the Memory Project. “You cannot describe those things, it’s beyond imagination.”

On Oct. 23, 1942, John was sent to Japan, to the infamous Fukuoka II POW camp near Nagasaki. Many prisoners died of dysentery. Prisoner 620, starving on only a small amount of seaweed and rice, John was forced to help build Japanese war ships. Welding helped save his life: the canvas clothing he was given to protect from sparks also kept him warm through winters.

Shipyard POWs were permitted just one bath per week, in filthy water shared by 1,000 other prisoners. But in the nearby coal mine POWs bathed every day. Three months before the war’s end, John volunteered in the mine—“just for the baths,” he said.

On Aug. 9, 1945, after a night shift, he came up from the mine and saw smoke billowing up in the distance. He didn’t know it then, but four days after it dropped an A-bomb on Hiroshima, the U.S. dropped another, leveling Nagasaki. An estimated 80,000 people died. On Sept. 2, 1945, Japan surrendered and 16 days later John left the prison camp and travelled to Amsterdam.

With work hard to find there, he immigrated to Montreal in 1951. He got a job as an aircraft hydraulics mechanic, first with Canadair and later Air Canada. A mutual friend encourged John to start writing to Sonja Pagrach, a nurse’s aide in Amsterdam. They shared something profound—both had suffered terribly during the war. In Auschwitz, on three separate occasions Sonja escaped death in the gas chamber when the equipment malfunctioned, says their daughter, Roslyn. After three months of letter writing, John finally met Sonja in Holland. They married in a civil ceremony on July 29, 1960. Back in Montreal, they married again in a religious ceremony. John had four children altogether: Yehudah, Ezra, with a first wife, and Leonard and Roslyn, with Sonja.

Somehow, despite the death and inhumanity John witnessed during imprisonment, he remained an optimist who loved people. “He was a very humble guy, very easy going,” says Ezra. In Montreal’s Orthodox Jewish community he was called on each year to build a sukkah, the traditional temporary hut where families observe the holiday Sukkot. He also volunteered at Maison Shalom, a group home for young people with physical and intellectual handicaps.

In 1989, John, retired from Air Canada for two years, suffered a major heart attack. After recovering, he began a campaign to pressure the Japanese government to apologize for war crimes against POWs and civilians, especially the tens of thousands of “comfort women” raped by the Imperial Japanese Army.

Sonja died of cancer in 2004. John soldiered on with his protests. For 20 years, every Dec. 7 on the anniversary of Pearl Harbor, John carefully packed sandwiches and placards and marched, often alone, outside the Japanese embassy in Ottawa. In 2011, Japan’s parliamentary vice-minister for foreign affairs apologized to Canada for its treatment of Canadian POWs during the Battle of Hong Kong. John wanted more (an apology by parliament to all POWs), but in 2012, his health failing, he finally gave up his active protests. For his efforts raising awareness about war and the suffering of Dutch and Allied prisoners, Queen Beatrix of the Netherlands had awarded him the Medal of Orange-Nassau.

On June 14, the Frankens held a family reunion with John at his Ottawa retirement residence. The following evening he collapsed and died. He was 94, the last Canadian to survive the atomic bombing of Nagasaki.