He travelled the world as a dive instructor and a tour guide, always eager to help those he met along the way 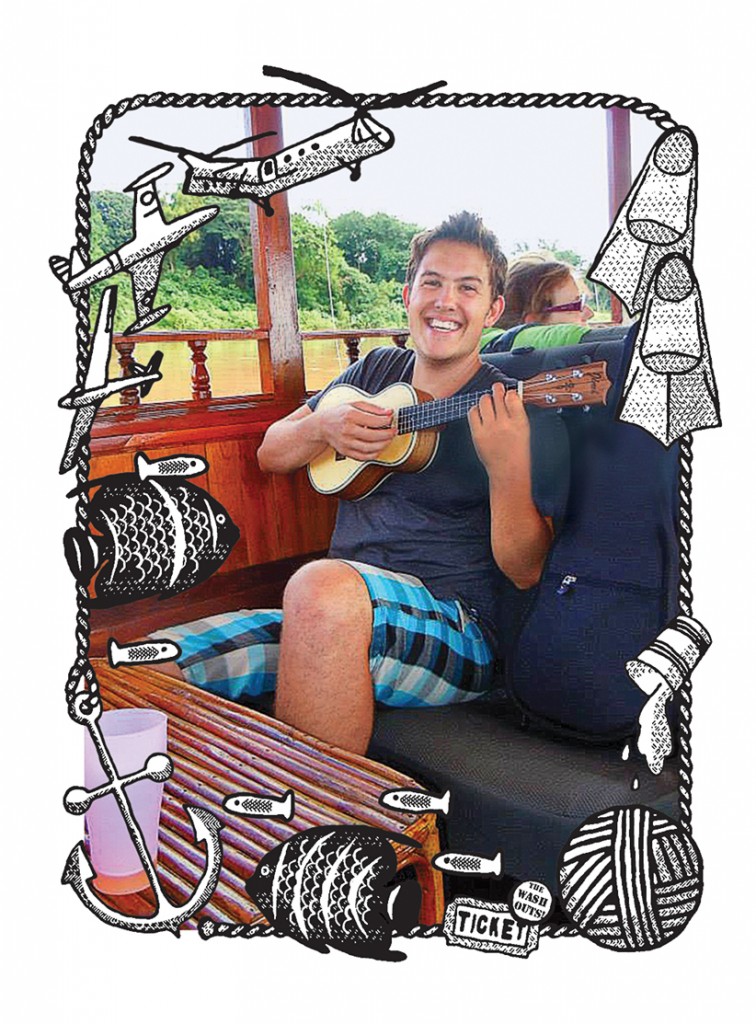 Kevin John Stephens was born in Red Deer, Alta., on Aug. 22, 1987, to Bill, a carpenter, and Diana, an account manager at a bank. Kevin, in his first few years, never created a fuss. “He used to ask if he could go for an afternoon nap,” Bill says.

When Kevin was 2, Bill and Diana separated. Kevin lived with his mom and older sister, Sarah. But when Bill moved to the Lower Mainland of B.C., Diana moved to Abbotsford, B.C., soon afterwards so the kids could be closer to their dad. About a year later, Diana had another son, Justin.

Kevin developed a playful, mischievous side. When he was six he watched the movie Home Alone over and over again, and would try out some of the pranks around the house. “He always was putting cups of water on top of doorways so when you moved the door, you’d get splashed,” says Diana.

When Kevin was 8, his mom moved to Vernon, B.C. There, she met Bruce Reynolds and when they wed, Kevin inherited a stepbrother, Gavin. Kevin joined the Navy Cadets, before transitioning over to the Air Cadets. “He liked the regimentation,” Bill says. Kevin saw his dad often. The two worked on projects like building model airplanes. Bill would also take the boys fishing and Kevin caught his first fish, a small trout, in Sumas Prairie, using a bobber shaped like Snoopy from Peanuts.

As Kevin grew older, he developed a love for cooking. “I don’t think he followed recipes,” Justin says. “He just knew.” By 12, Kevin was in the kitchen so often that Diana offered to pay him to make family meals for when she got home from work. “We would have a four-star dinner on the table at 5:30 every night,” Diana says. In the evenings, meanwhile, Kevin practised with his high school punk band, the Washouts.

A few years later, Diana and Bruce moved to Kelowna, but Kevin opted to stay in Vernon—living with his uncle—to finish high school with his friends. After graduating, he got a job with the Insurance Corporation of British Columbia. When a man came in inquiring about diving insurance, Kevin’s interest was piqued. He bought diving equipment online and started courses in Okanagan Lake. He had soon quit his job and went to Mexico for a dive instructor course.

Certification in hand, Kevin got a job diving in the Cayman Islands, then a similar job in Australia. Next it was off to Ireland and Scotland. Kevin became an expert underwater photographer. His best shots he’d put on canvas and give away as gifts. At 20, he took another diving instructor course, this one in Malawi, in southeast Africa. There, he met a young boy named William, whose parent couldn’t afford to keep him in school. Kevin chipped in for years to help.

Kevin also learned about freediving—diving without scuba equipment—and he would practise holding his breath. In between dive trips, Kevin would return to Kelowna to save up money. One summer, he held three jobs—front desk of a hotel, detailing boats and offering cycling tours—all while planning his next excursion. But after years of diving and carrying tanks around, Kevin started to develop some back problems, so he transitioned into tour guiding.

In December 2012, he landed a job based in Thailand, and started taking groups of a dozen or so people on 49-day tours across Southeast Asia. On his very first trip, he met Rhiannon Taylor, an Australian who was part of his group. Though the two hit it off (and later became a couple), Kevin wouldn’t go out with the tour group in the evenings. “He would go to his room and study his manual and go online because he didn’t know the next city,” Diana says. Always the humanitarian, he would take his tour group to restaurants he knew donated to local charities, and occasionally he’d take them all to a blood bank. After his contract ended, and a few more backpacking trips in Southeast Asia and South America, Kevin returned to B.C.

On Aug. 9, Kevin and Rhiannon went for a hike in Knox Mountain Park in Kelowna, before settling by the beach. Kevin jumped in the water to do some freediving, but when he didn’t resurface after a few minutes, Rhiannon dove into the lake to pull him out. Nearby bystanders performed CPR until a rescue helicopter brought Kevin to the hospital, where he died two days later. Kevin was kept alive long enough that his liver, kidneys and pancreas could be donated. He was 27.