Even as a child, he was a gifted hunter. He overcame a fear of polar bears after an attack nearly killed him and his grandfather. 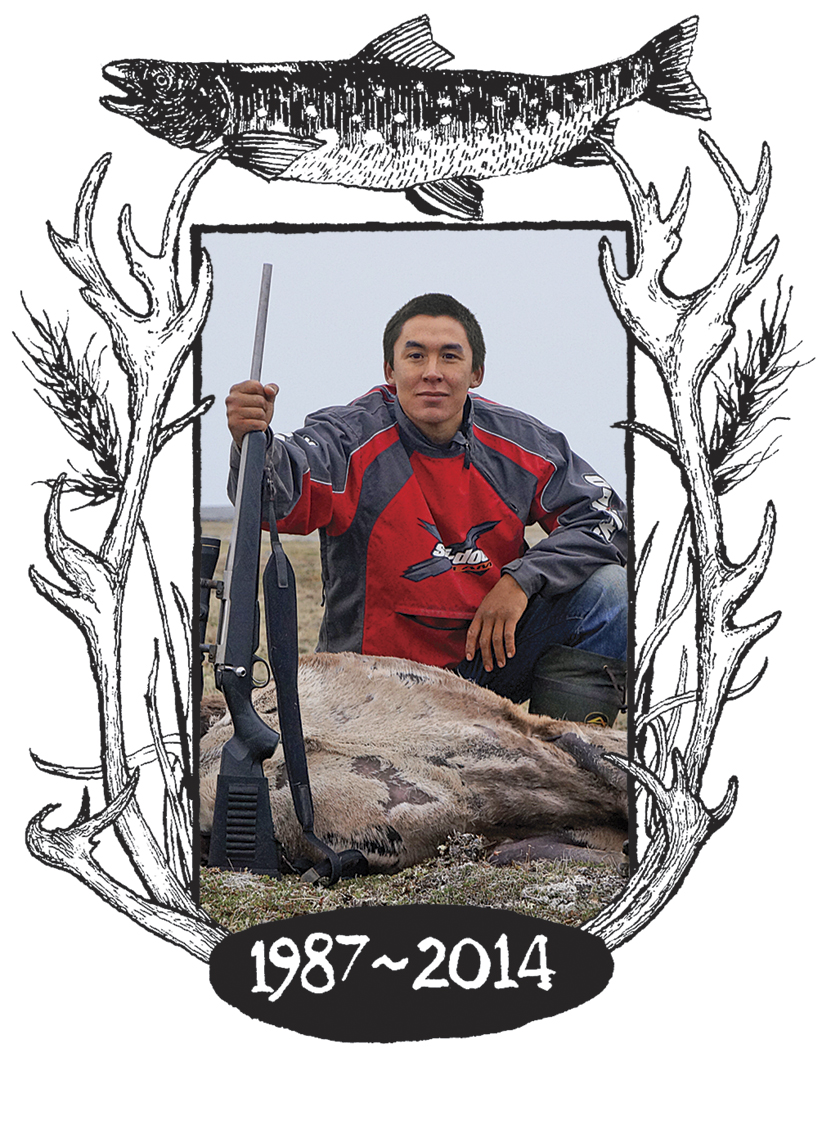 Kook Cyrus Aliyak was born on Jan. 21, 1987, on a blizzardy day in Rankin Inlet, Nunavut. He was the eldest child of Leah, an office manager, and Vince, a plumber. Kook is an Inuktitut word for “river.”

After he was born, his maternal great-grandmother blessed him in a traditional Inuit ceremony, bestowing on him three gifts: wisdom, strength and kind speech. He learned to speak before he could walk; his first word was “mother.” Kook’s father left the family when he was a baby and wasn’t a big part of his life.

When Kook was in kindergarten, his grandfather, Moses, took him on his first hunting trip. From then on, Kook and his grandfather were almost inseparable. They shared a passion for hunting and traditional Inuit culture. “He learned to survive out on the land from his grandfather, who taught him our beliefs and values. He was his role model in every way,” says Leah. “And their favourite thing was hunting: big game animals, from fish to caribou and wolverines—you name it.” Kook was especially talented at gutting and cleaning animals and always wanted to share whatever he caught with those around him.

Just before Kook turned 11, Leah gave birth to twins with her second husband, Wayne Milley. They gave the babies up for custom adoption (a traditional Inuit practice in which a family privately places their children with another family in the community), but Kook and his family still spent time with them on weekends.

When Kook was 12 years old, he went camping with his grandfather and a family friend, Hattie Amitnak. While Kook and his grandfather went after their boat, which had drifted away, a 250-lb. polar bear approached the campsite and attacked Hattie. Kook’s grandfather bolted back to defend her by throwing rocks at it. Kook ran and hid inside their tent in fear, as the bear clawed his grandfather’s face and mauled Hattie to death. Wildlife officers arrived shortly after and shot the bear dead. Kook and his grandfather survived, but Kook was petrified of bears for many years afterward. He always checked to make sure there were no bear sightings reported around the areas in which he wanted to travel.

In 2008, Kook’s girlfriend, Special, give birth to his first child, Braelynn. Kook and Special broke up soon after and he moved to Iqaluit for a carpentry job. In 2009, at a bar in Iqaluit, Kook met Taukie Taukie. She was travelling through with friends at the time. “We were just drawn to each other,” she says. “He was the funniest person I ever met, always making people laugh with silly jokes.” They started dating shortly after and travelled between Rankin Inlet, where Taukie lived, and Iqaluit, to see each other in their free time.

About a year later, Kook moved back to Rankin Inlet to be with Taukie and because he missed hunting there. He took a job at the Rankin Inlet Healing Facility, a prison centre for offenders in Nunavut. His job was very important to him; he liked the fact that he could be a positive influence on the inmates.

In 2013, Taukie gave birth to their son, Hunter. While Taukie was pregnant, Kook kept telling her that he was going to pick the name “Hunter” if the baby was a boy, to carry on his love for hunting. “Kook couldn’t wait for the day that he could take his children out hunting and fishing,” says Taukie. “He was a great father. He would kiss Hunter and Braelynn until they got annoyed with him.”

Kook and his hunting buddy Daniel Alagalak would take long weekend trips on one of Kook’s snowmobiles or Ski-Doos with sleds attached to the back to carry the meat. “He was a really calm, gentle and humble guy. I really looked up to him, and he was really talented: He would always catch something whenever we went hunting,” Alagalak says.

In November 2013, a polar bear was reported to be roaming near Rankin Inlet and townspeople started searching for it to stop it from attacking anyone. Kook found the bear and shot it. He carried the carcass home, hoping to sew it into hunting pants. It was one of the proudest moments of his life: when he finally overcame his fear of bears. “That was something incredible for him,” says Taukie.

On Oct. 18, Kook was riding an all-terrain vehicle with a friend across a frozen lake outside of Rankin Inlet on his way to hunt. The ice cracked beneath them and they both fell through the ice into the frigid water. While his friend survived, Kook died at the scene. He was 27.