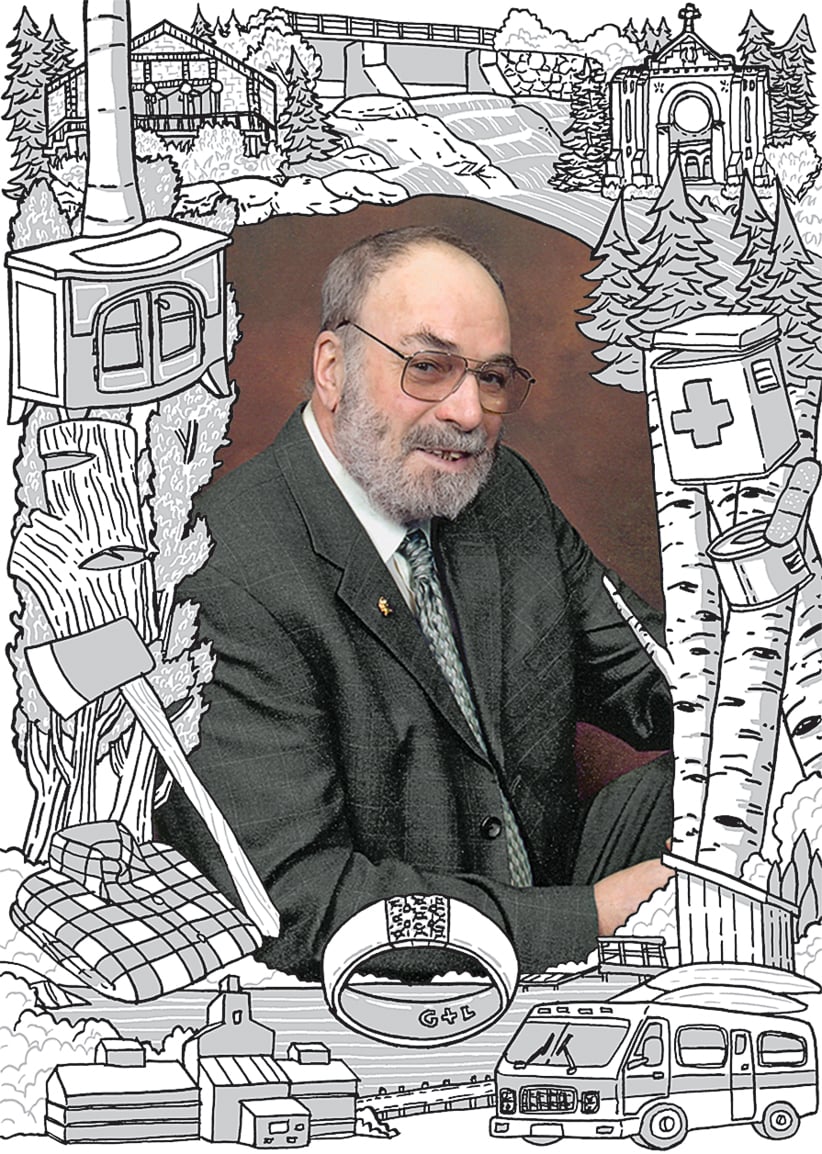 Larry James Beaucage was born on Aug. 29, 1936, in St. Boniface, Man., to Pete, a logger, and Helen, a housekeeping maid at the Lion’s Gate Hospital in Vassar, Man. The oldest of five children, Larry lived with his French-speaking grandmother for the first seven years of his life and attended French school in Vassar. He spoke no English when he returned at the age of eight to live with his mother, who didn’t speak French, and his father.

While his parents largely worked sun-up to sundown, Larry was responsible for ensuring his younger brothers and sisters were fed breakfast and made it off to school. It was also his duty to get up first each morning to re-light the wood stove so the family could wake up to a warm house.

After attending English school until Grade 8, Larry spent most of his days helping his mother, who was intermittently ill throughout his teen years, to raise his siblings. When he turned 16, the family moved to Nestor Falls, Ont., and Larry joined his father to work as a logger in the bush. In town, Larry briefly dated a woman named Joyce Roblin, but it didn’t work out, and Larry asked her younger sister, Gail, to join him at a teenage dance in Nestor Falls. The following year, Gail and Larry were the first couple to be married in the community’s log-cabin church.

They moved to a bush camp 40 km outside Kenora, Ont. By then, the couple’s first daughter, Lorelai, was born. Four more children followed—Rick, Eugene, Jamie and Michelle—before they decided it was time to move their family to Kenora.

Larry continued working in the bush, proud of being able to cut down more trees than his colleagues. With his tireless work ethic came a propensity for mishaps, though. He suffered a spate of accidents, including cutting off his left thumb, slicing his chest and narrowly missing his heart, and breaking his lower back when a tree fell on him. With five crushed vertebrae, Larry walked to camp and waited for five hours to catch a ride into town. When none came, he walked the six kilometres to his car and drove himself 30 km to the medical clinic in town. “They told him if he had taken another step, he would have been injured for life,” Michelle says. “My dad had either an angel on his shoulder or nine lives, like a cat. He had ‘accident prone’ on his employment report.”

By 1974, the family was living in Fort Frances, Ont., and Lorelai gave birth to a boy named Darcey. In Larry’s first act as a grandfather, he decided he and Gail would raise him as their son. Larry “looked into his crystal ball and saw the future I was going to have,” Darcey says. “He talked to my sister [Darcey’s biological mother] and said, ‘He’ll stay here and, once you get your life together, you can have him back.’ ” When Darcey was 11, Larry and Gail moved with him to Dundurn, Sask., where Larry took a job as the custodian of the local rink. After a couple of stints as a long-haul truck driver, Larry began to dial back his work, although never completely. He worked as the caretaker for the apartment building he and Gail lived in. “Honest, hard-working, dependable—that was my dad,” Darcey says. The Beaucage family would later grow to include 14 grandchildren and 18 great-grandchildren.

Once Larry and Gail had semi-retired, they bought an RV, often returning to northern Ontario, where they’d spent their early days. “My parents always called it God’s country,” Darcey says. “He loved being in the bush, by the water.”

For Gail and Larry’s 50th wedding anniversary, the Beaucage family and friends—85 of them— gathered at the Pike Lake Provincial Park campground near Saskatoon for the weekend. Later, Gail presented her husband with a gift: a new wedding ring—gold, with nine diamonds set in a square—to replace the simple band he’d been wearing for the last 38 years.

At the end of January, Larry was diagnosed with pancreatic cancer; his doctors said he’d been sick for a few months but hadn’t displayed any symptoms. He was admitted to hospital in Saskatoon. At the end of February, Gail’s purse—containing the ring she’d gifted him for their 50th anniversary—was stolen from Larry’s hospital room as she helped her husband in the bathroom. A week later, after a frantic search, police recovered the ring from a pawnshop. The next day, on March 7, Gail slipped the ring back onto his finger. He died minutes after. “We believe that he was waiting for it,” Darcey says. He was 78.