'Next time I’ll wait for my car to get stolen'

Maclean's readers write in on crime, refugees, racial representation in Saskatchewan, and more 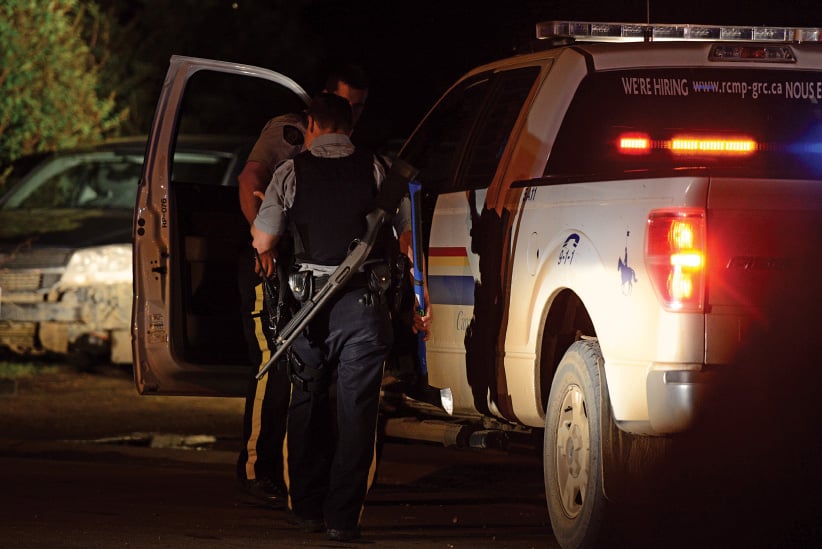 I’m originally from Oshawa, Ont., and moved to Grande Prairie, Alta., to start my engineering career five years ago. If your numbers are correct, I live in the most dangerous city overall, where I’m most likely to have my car stolen (“The most dangerous cities,” Special Report, Aug. 22). This year, I’ve had the pleasure (and time) to drive back to my hometown twice, and stopped to rest in cities where I’m most likely be a victim of assault (Regina) and robbery (Thunder Bay, Ont.). I think next time I’ll wait for my car to get stolen and fly instead.

Wheels off the welcome wagon

Could somebody please explain to me why Syrian refugee families such as that of Shaher Kattaf, described in “Warm hearts, cold reality” (National, Aug. 22) as having “worked as a farmer in the northern city of Raqqa, picking mostly cucumbers and tomatoes,” ended up in an apartment on the ninth floor in Canada’s largest city? Would it not have made much more sense for him, and other Syrian farming families like his, to be relocated to rural communities upon their arrival in Canada?

As a volunteer who has worked with some of these newcomers, I am very aware that the next months and many years will be challenging for all these new Canadians. But the Canadian social fabric has always grown and developed through the hard work and struggle of newcomers. In the nearly 10 years of Stephen Harper’s government, our refugee intake was significantly below government-stated objectives, a noteworthy change from our practice for many previous decades. Thank goodness we are again a country with the resources, the manpower and the spirit to welcome these people fleeing desperate situations and help them build a brighter future, for them and for us.

Here in Windsor, Ont., over recent months we have welcomed hundreds of Syrian refugees. My husband met one such family of nine while performing a voluntary maintenance job on the eavestroughs of their rental house. Naturally, they were overwhelmed by their sudden new life in Canada, all to be managed with barely a word of English. Noticing considerable gaps in their support system, my husband began to visit their household daily: fixing taps, driving them to doctors and the mall. Generous neighbours donated many items. Now this family of Canadian refugees has three bicycles of varying sizes, children’s clothing, toiletries and sundry household furnishings. It is lucky that my husband found them and saw the need for assistance.

Why are there long waiting lists for language classes for Syrian refugees? Money was budgeted for settlement and integration services. Canadians expect our government to execute this project so we can all be proud of the results. The world is watching. Do this right.

It is not a kindness to bring people into our country so they can live on benefits for the rest of their lives. This speaks of a real future for adults and children raised in this milieu to be angry with their so-called “benefactors.”

Michael Chong would probably make a good prime minister, even better than the one now in power and certainly better than Stephen Harper (“ ‘We looked at each other and kind of knew,’ ” National, Aug. 22). His convictions are what our politicians in Parliament should all have. His standing up to Harper cost him, but he kept his dignity. In an article, he stated that MPs were too much under the thumbs of their parties’ leaders. What should be done in Canada is to get rid of parties and let independents run. They in turn could select a prime minister and then no one could be told how to vote on matters that are relevant to their constituents.

It was great to learn a bit more about Michael Chong and the Conservative leadership race. His story and values reminded me of the classic Red Toryism that’s missing from other candidates, but has been a major factor in the electoral success of centre-right parties in Canada. Chong seems like a key player in the future of the party, especially in vote-rich Ontario. Chong’s biggest asset is his lack of allegiance to the old party establishment that has yet to land on a standard-bearer. The question is, what can the Tories do to get a guy like Chong front and centre without turning away the Western constituencies? An eastern leader would go a long way to rebuilding the Conservatives in Ontario, Quebec and Atlantic Canada. If they can figure that out and get the membership behind him, Chong has plenty of time to seriously challenge Trudeau in 2019.

In your Aug. 22 Editorial, you chastise Canadian coroners for trying to protect the public from themselves, while concluding that coroners cannot be trusted to make public policy. The coroner service is mandated by law to, among other things, uncover dangerous practices or conditions that may lead to a death, and to educate the public respecting dangerous practices and conditions. Coroners do not make recommendations as a result of inquests. They report, and may support, the recommendations of the members of the inquest jury, all of whom are laypeople. Neither do coroners make public policy, a task left up to the elected representatives of the people.

Contrary to your Editorial, I agree with coroner Renée Roussel’s solution: “mandatory in-car jamming to prevent drivers from using a communications device while driving.” Yes, stopping your vehicle in order to make a phone call or to send a text message is inconvenient. But so is killing someone because you were texting while driving. Until a suitable technological solution is found, the number of deaths might be reduced by seriously cranking up existing fines and suspending licences.

Race to the bottom

For a while I have been able to enjoy Maclean’s without another article splashed over the front cover about how white people are ruining Aboriginals’ lives. Now yet another story emerges about how we’re still doing it (“Mayors: 0/9. MPs: 1/14. Councillors: 1/19,” National, Aug. 8). Please stop blaming us! We may not know what life is like to be an Aboriginal or how it felt to be persecuted in a residential school, but if you want to be more fairly represented in your government, your schools, your country, you must fight for it yourself! Don’t rely on white people to fix internal issues we’ll never fully understand; the solution is for Aboriginals to come together to change their future for the better.

That there are zero Saskatchewan mayors out of nine that are Indigenous is not proof of racism. Equal opportunity needs to exist for all, but equal outcome should not be contrived or engineered by force. Insinuating racism where none exists is in itself racist as it abets and continues any societal concept of it and is not in the least bit helpful.

Canadian governments ﬂaunt their diversity initiatives, but the top tier is generally not reflective of the community they serve. Hiring practices are disguised under the banner of “merit” and “hiring the best person for the job.” In fact, merit-based processes simply mean cloning yourself or hiring someone with a similar cultural background, education and experience. Publicly funded institutions are both ethically and socially responsible to its citizens and therefore must reﬂect the demographics they serve. It is noteworthy that minority groups hired under a quota system are not less qualified or unworthy—they bring diverse experience, skills and education that are assets to any organization. Governments can save money if they invest and build inner talent and hone in on the skills of minority groups.

Ottawa man Abdirahman Abdi was allegedly groping women in a coffee shop and was shot and killed during a subsequent police pursuit (“Patient no more,” National, Aug. 22). Andray Domise’s attempts to minimize Abdi’s actions in public are as misogynistic as the story itself is anti-police. Groping is sexual assault, pure and simple. Doing this in public shows an utter lack of respect for women. Minimizing sexual assault is equally disrespectful. Domise is certainly reaching in his attempts to portray the Ottawa Police and the SIU as systemically racist. He cites two examples prior to Abdi’s situation as proof of a racist organization. Given the thousands of arrests that have occurred in the past decade in the Ottawa area and assuming that Domise’s assessment of the actions of the officers in those cases is correct, then it would appear that the Ottawa police acted inappropriately in two out of maybe, what, 7,000 arrests? I’m exaggerating as badly as Domise does, but if one is to make any kind of allegation about the conduct of an organization then a stronger statistical correlation is required.

I am an American politician, and I was dismayed to see the cover of your Aug. 8 issue on a trip to Canada this week. Covers, and particularly images, are probably as important as stories themselves, and your cover image of two “Pinocchio” U.S. presidential nominees created a strong impression of a (false) equivalence between the two on issues of truth. While your story inside the magazine was of the high journalistic standard I expect, damage was done by your cover, surely seen by more readers than analyzed your story. Only one candidate in this election in the U.S. has a strategy of mock and deny, lie and deny, scorn and deny, call for chaos and deny. Only one candidate is an active risk to the future of our republic.