Listen, I'm sorry. But I went on a cleanse.

12 days of a wheat, dairy, sugar and wine-free diet. Sort of. 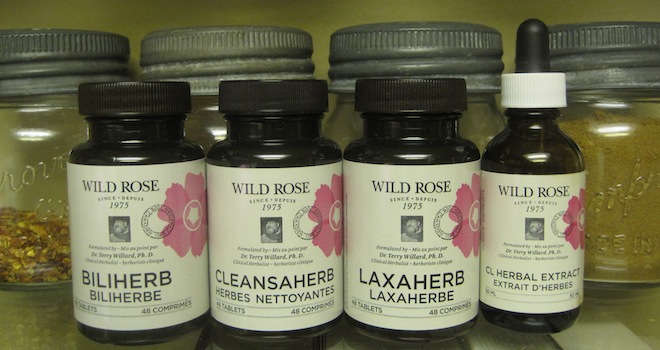 For someone whose arm hair goes up like a cat when she walks into health food stores lined with ineffective vitamins and overpriced supplements, not to mention highly processed “health food”, choosing to go on a cleanse might sound as hypocritical as an atheist praying to God before bed.

Still, I started one on Jan. 5, 2013. To be fair, a good friend was going to do it and I wanted to be there for her, to feel what she would feel. And I desperately desired a sort of “restart” after weeks of eating gingerbread cookies for breakfast and entire cheese plates for snacks, not to mention the wine, which flowed plentifully in December.

I chose the Wild Rose Herbal D-Tox cleanse, mostly because it isn’t a liquid cleanse, which most reasonable people (not including Gwyneth Paltrow and Salma Hayek) are suspicious of, and because it doesn’t eliminate food; only wheat, dairy, sugar, tropical fruits and anything that’s been fermented, including alcohol. That leaves a great deal of good things to eat. Certain foods are to be consumed in moderation, like meat, beans, coffee, eggs and most grains. But others–like brown rice, quinoa, fish, green vegetables and berries–can be eaten in almost unlimited quantities.

There’s one catch, though: The Wild Rose kit comes with four “herbal formulas” in the form of three types of tablets and one liquid extract that must be consumed twice a day, preferably with meals. As far as I can tell, there’s nothing unnatural about them: they are filled with all sorts of roots, barks and herbs. The catch is that one of these is a “laxaherb”, and this guy is responsible for the often vigourous, around the clock elimination of everything evil in your intestines, including, presumably, good things, like water.

As fascinated as I am with bowel movements–How often do other people go?What’s the colour and consistency supposed to be like?  Is it the best part of everyone’s day?–I can’t seem to find any references to this universal human wonder in my Canadian Press Stylebook. Poo, I think, is still taboo, or at least writing about it is. Suffice it to say, then, that the “laxaherbs” were intense, in a sort of A River Runs Through It kind of way. And there were moments at work in the two-stall women’s washroom where I prayed to Miles Davis to not let anyone come in while the trumpet-like riffs bellowed from bowels.

Removing wheat, sugar and dairy from my diet for 12 days wasn’t as stressful as I assumed it might be. Dinners included many soups, like Manhattan-style clam chowder, minus the white wine I add to deglaze the bacon and the bit of baguette used to sop up the broth, and what I like to call “meat salads”: that’s a salad, with meat or fish on it, and an herb dressing, similar to this one (add whatever herbs, like mint and parsley, to the mix too), drizzled on top. Breakfast was oatmeal flavoured with cinnamon, apples and unsweetened almond milk. Lunches utilized the quinoa and brown rice. And I ate a cup of blackberries a day. Easy.

I did, however, struggle with removing two glasses of wine from my evening ritual. The first two nights I found myself wide awake in bed at 3:00 a.m. with these things running through my head, which I can only guess were “ideas”. I can only conclude that this is the clarity I’ve read so much about cleanses providing.

But I cracked on Day 5, with good reason: a nephew was born and I didn’t want to remember the momentous occasion as the day that I declined a celebratory siphoning of 16-year-old Lagavulin in his honour, nor the bottle of brunello the next night…still in his honour. My mood improved vastly.

Day 5 also saw me cave to both wheat and cheese, only because that nephew was born and all of sudden my dad and step-mom were coming over for dinner and I wasn’t prepared so I picked up roti stuffed with saag paneer and mutur paneer. (Speaking of prepared, this type of cleanse requires you to be so, in the grocery department, so that you don’t crumble under the conditions of being without proper supplies.)

Although I continued to drink wine over the next seven days, I didn’t cave again on the wheat and cheese. Except for a lunch on Day 11 that I’d forgotten all about scheduling back in December. It was at a pizza place. So there were really no other options than pizza, traditionally made with wheat and cheese.

But I never did cave on sugar (not counting the sugar in the wine.) I was fine with black coffee and no sweets. But on Day 12, there was this chocolate eclair that my boyfriend requested me to bring home for him. After I ate my Boston leaf lettuce salad topped with grilled tilapia and herb dressing, I saw the eclair and thought, I don’t even care about that eclair even though it’s the last day of my cleanse, and then I cut it in two and it may have been the best thing I’ve ever eaten.

A few people have commented on my skin, which looks brighter and clearer–presumably because I wasn’t eating any genetically modified evil modern wheat (I do like Dr. William Davis’s thesis, but then again, he was on Dr. Oz in December). And I lost 6 lb., which is probably a little more than a person should healthily lose in that 12-day time frame–and which I’m certain was mostly water. I guess I feel good. But the shame I feel for buying into part of this $60-billion dollar industry makes my improved complexion feel less like a triumph.

(Almost) eliminating wheat, dairy and sugar from my diet for 12 days felt good. But moving forward, I have no interest in abandoning them all together. Like the great writer Jim Harrison, I believe that eating well, which may include the occasional eclair, a piece of cheese and white baguette, and drinking wine are some of life’s great thrills. “All of our senses and passions merge because we are one person,” he wrote, “and it’s best not to neglect any of these passions if we wish to fully live our lives.”

FILED UNDER: are cleanses good for you cleanses Jim Harrison the industry of cleanses Wheat Belly wild rose herbal d-tox