A child of the Vietnam War, she survived Operation Babylift. In a search for inner peace she was a nanny, Buddhist and dog walker. 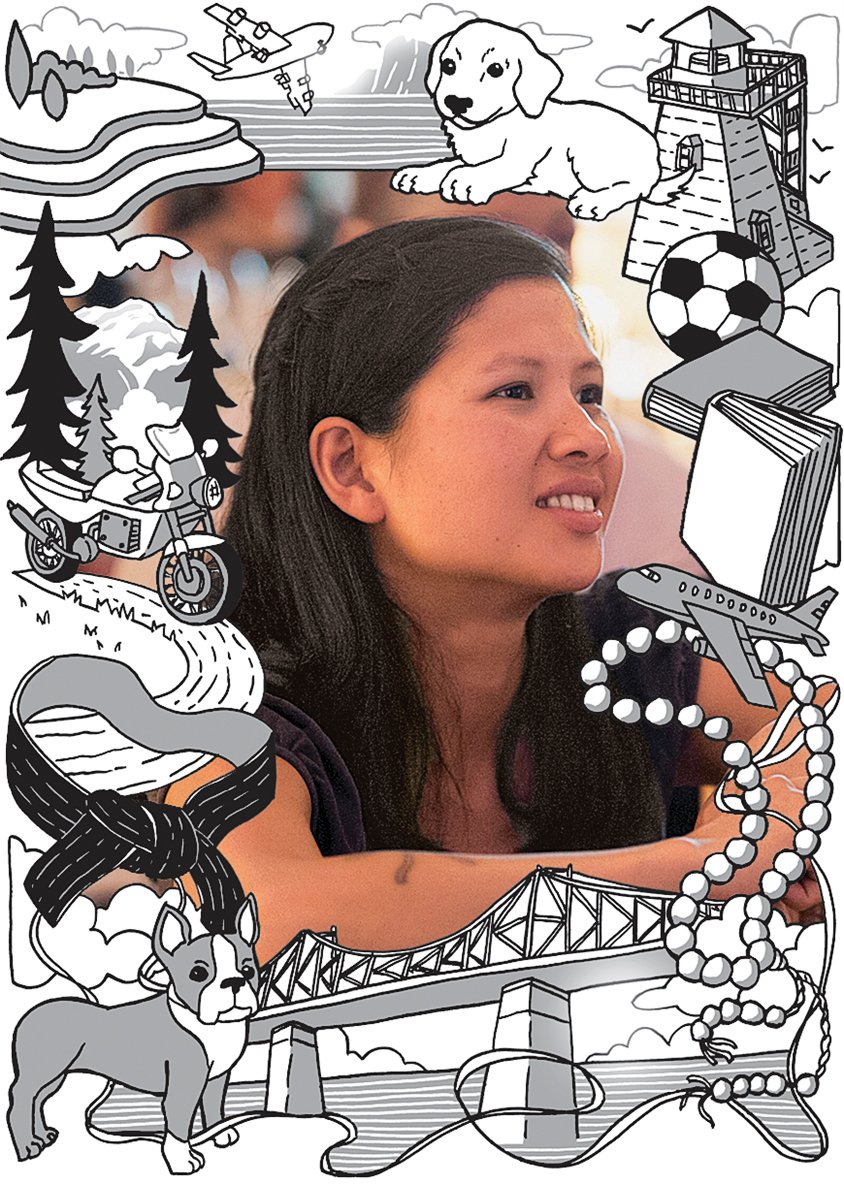 Mai Thi Ngoc Tran Cashion was born in Vinh Long, Vietnam, on July 25, 1974. Her parents are listed as “unknown” on her birth certificate. Decent record-keeping was a casualty in the final days of the Vietnam War; countless children were orphaned, abandoned or separated from their families.

Eight-month-old Mai was evacuated in the U.S. government’s Operation Babylift, which transported about 3,300 children from Vietnam to adoptive parents around the world. The first flight out—in a C-5A Galaxy built for transporting tanks—departed on April 4, 1975. Not long after takeoff, the rear cargo door blew off, forcing the pilot to crash-land in a rice paddy. More than 150 people died, including at least 78 children.

In Fredericton, Peter and Marie Cashion, a biochemist and a special-education professor, sat in front of the television, stunned. They’d already bonded with the little girl they planned to adopt, though all they had of Mai was a snapshot.

The adoption agency confirmed their fears: Mai was on the doomed flight. Thirty-six of those children were headed to families in Canada. Eighteen had survived, but the agency didn’t know if Mai was among them. The following evening, Marie recalls nursing a gin and tonic, seized by anxiety, when the call came. Mai was alive and on her way home.

Early on, their baby seemed shell-shocked and passive. She wouldn’t roll over or grasp a toy. But Mai was surrounded by loving parents and two siblings, Peter Jr., 5, and Amy, 3, who were overjoyed to have a sister. She blossomed into a voracious reader and an outgoing, whip-smart tomboy with incredible soccer finesse.

Mai and her brother Joe, two years her junior, roamed streets and backyards in Fredericton with neighbourhood kids. She was a natural ringleader and could command a crowd. “There was no one better at being bad,” says Joe.

The family bred golden retriever puppies in their garage. That was the beginning of Mai’s love for animals—one constant in her life of near-constant change. She was a teen when depression hit for the first of many times. It kicked off a long period of searching. Nobody knew what for, maybe not even Mai.

Mai started university twice, dropping out each time. She moved to Banff, befriending the owner of a vegetarian restaurant and trading meals for dishwashing duty. At age 20 she bought a motorcycle and rode it all the way home to Fredericton. Mai’s best friend, Anna Silk, begged her to take a breath. “She threw herself fully into whatever she was doing, but she was very extreme,” Anna says. “She took a lot of things to heart. She was so sensitive to the world.”

In 1996, Marie and Mai travelled to Vietnam, digging for Mai’s roots, but turning up nothing. Mai stayed for a year teaching English. Then she became a nanny in Belgium for a year. Later, she took a job as a model in Spain.

In late 1998 she joined a Buddhist monastery in France. The $25,000 or so she had from a fund for Babylift survivors was divvied up among her friends. The next year, she appeared at Peter Jr.’s wedding with a long nun’s gown and a shaved head. Mai left the cloistered life after three years, but never gave up searching for inner peace.

In 2004, she settled in Montreal. She found work with an insurance company, which didn’t suit her. She earned a black belt in kung fu. And, channelling her oldest passion, she started a dog-walking business. She never married or had children and never wanted to. Instead, she forged fierce friendships with just about anyone who crossed her path. Among her closest friends was Wiggles, her Boston terrier. Mai brought the dog along when, suffering from depression, she moved back in with her parents just before Christmas 2013. She attempted suicide in May and spent some time in hospital.

On June 17, Mai told her parents she was spending the night with a friend. When she didn’t return the next day, her parents reported her missing. For the second time in their lives, Peter and Marie went to bed not knowing if their daughter was dead or alive. But this time when the call came, the news was bad. On June 21, the police found Mai’s body in Fredericton’s Odell Park. She had taken her own life. She was 39.