Fiercely protective and with a strong independent streak, she dedicated her life to animal rights 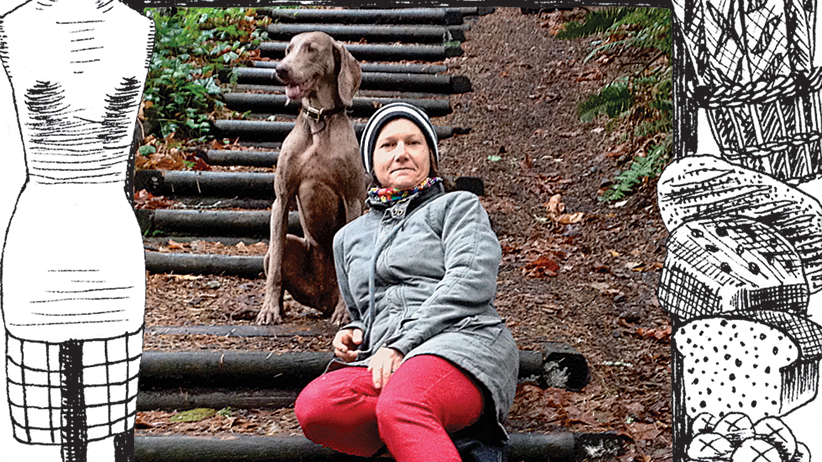 Meesha-Chan Grubisic was born in Rossland, B.C., on Sept. 10, 1966. She was the youngest of three children born to Joseph Grubisic, a hydro lineman, and Muriel Littley, a homemaker who sometimes sold cosmetics. Her birth name was Michelle Charlene, but she never liked it and asked that people call her Meesha instead.

As a child, she loved playing dress-up. Every summer, the children would visit their grandmother’s farm in Oliver, B.C., where there were trunks full of clothing from the 1930s and 1940s in the basement. Meesha and her brother, Brett, were “fiercely protective” of each other, says their grandmother, Ruth. In their preteen years, they fantasized about moving to New York City—he as a fashion designer and she as his muse. In the secrecy of their bedroom, Brett would create costumes for Meesha, and she would model them, all the while pretending to go disco dancing in the Big Apple.

Meesha was about five when her mother died of a brain aneurysm. Her father remarried, divorced and then got married again. Her relationship with her father was strained and she got along poorly with her stepmother. Brett was working as a grill cook at a resort in Jasper, Alta., when Meesha graduated from high school at 17. That was when Brett got a call from his father saying that he and his wife could no longer see eye-to-eye with Meesha. So Brett arranged for Meesha to work as a chambermaid in the resort’s hotel, and she arrived by bus a few days after the phone call.

The two siblings went on to undergraduate studies at the University of Victoria, where they both worked at the school’s newspaper. Craving adventure, they packed their bags before finishing school to teach English in Japan. From there, they also travelled to Thailand and India before Meesha returned to Victoria to complete her double major in English and women’s studies. It was around this time, in her late 20s, that Meesha legally changed her name from Michelle and added the suffix Chan, which is an informal term of endearment in Japan.

When she was 34 and heavily into baking, Meesha met Andrew Thomas in a mutual friend’s kitchen as she dropped off a loaf of bread. The encounter blossomed into a whirlwind romance, and a year later, in March 2002, their daughter, Ruby, was born. Meesha and Andrew grew apart and the relationship ended, but the couple, who had joint custody, remained cordial. Although Meesha dated a couple of times after, she had little time for romance between child-rearing and work.

“My sister had a very strong aversion to any kind of corporate or hierarchical environment,” said Brett, describing Meesha as an independent and self-reliant entrepreneur. She embarked on many business adventures revolving around the things she loved most, but it was not always easy to stay afloat financially. In her 30s, she ran a clothing shop selling vintage outfits and collectibles. She catered and sold baked goods at the local farmers’ market. She cooked at a drop-in centre for the mentally ill, and most recently, she started a doggy daycare and dog-walking business called Let’s Go LuckyDog.

“She touched so many people’s lives either through animals or food,” says Kimanda Jarzebiak, describing her friend as a giving person with endless energy, who never hesitated to help anybody at a moment’s notice.

Dedicated to animal rights, Meesha had three dogs and two cats. In February 2011, she was walking Jarzebiak’s dog, Boo, when the dog slipped on ice and snapped its spine. Meesha stabilized the paralyzed dog’s back, gave it mouth-to-mouth resuscitation and saved its life.

Almost three years to the day after Boo’s accident, Meesha was outside her home in Langford, B.C., packing several dogs into the back of her red pickup truck, when her dachshund, Sailor, bolted across the road. Having already lost four cats on this street, notorious for the traffic zipping in off the highway, Meesha instinctively ran to retrieve Sailor. It was just before 8:30 a.m. on Feb. 13, 2014. A 50-year-old Kamloops man was coming down the hill, driving into the glare of the rising sun. His vehicle struck Meesha, who sustained brain trauma and died almost instantaneously. Sailor was unhurt. Meesha-Chan was 47.

FILED UNDER: Meesha-Chan Grubisic the end