At the end November, the 17-year-old could very well be the first African American female chess master 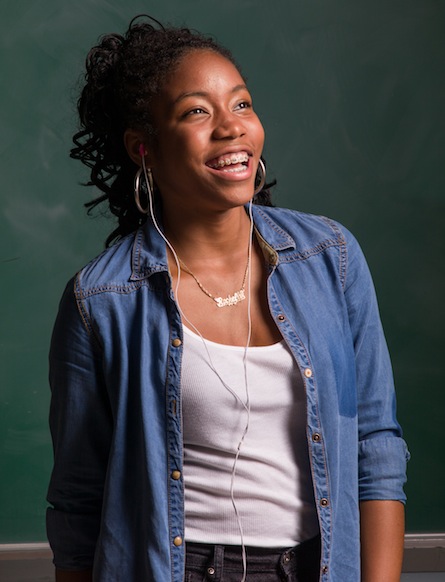 Rochelle Ballantyne is one determined young lady. The 17-year-old star of Brooklyn Castle, a documentary about a middle school that produces national chess champs from a body of students where most live on the federal poverty line, would like to be the first black female chess master. After the film had its international premiere at Toronto’s Hot Docs earlier this year, attention around Ballantyne has been mounting. At the end of November, she’ll compete in her last national junior school chess tournament and, possibly, reach the level of chess master.

Chess is historically an old white guy’s game. It calls to mind images of Victorian gentleman discussing the Empire over a match at the club or an American genius competing against a Russian genius in some kind of Cold War metaphor. Ballantyne is like the Williams’ sisters of chess: she’s can’t help but shake things up.

Maclean’s spoke with her about focus, skin colour and how beating a boy at chess feels oh so good.

Q: You’ve said that when you play national tournaments you think of the other girls as part of your support system and that you feel like the boys don’t understand. What is it that you don’t think they understand?

A: It’s not easy being different in a male-dominated game. But I pride myself on being different. Playing tournaments and seeing only guys, I mean, I don’t want to talk to the guys! My girlfriends [at tournaments] support me whether I win or I lose.

Q: Does it feel better to beat a boy than to beat a girl?

A: It does, it’s kind of satisfying when I beat a guy. When I beat a girl, I sort of feel bad because we’re both fighting for the same thing, fighting to increase the girl population in chess. But beating a guy proves that [the girls] are just as good as them.

Q: You listen to your iPod when you compete. What are you listening to?

A: It varies because I put it on shuffle. Lately, a lot of Kanye. And Soca, the traditional music of Trinidad, where my mom’s from.

Q: You’ve mentioned that your grandmother introduced you to chess. How else did she influence you?

A: She was a teacher in Trinidad. She inspired her students to really try and she did the same for me. She taught me about the importance of working really hard to achieve what you want. But my mom’s the one who pays for my tournaments and picks me up late at night from practicing. Thanks mom!

Q: Did your mom ever talk to you about the obstacles you might face in the white, male-dominated world of competitive chess?

A: Whenever I’d be getting ready to go to a tournament, she’d say ’Rochelle, you can do this.’ I was afraid when I first started competing: being the one black girl in a white male-dominated sport was pretty scary. I thought I would lose every game. But she told me ‘When you’re playing chess, it doesn’t matter what colour you are. It’s about who come out on top’. She taught me to strive.

A: I’m going to Grand Nationals in Florida at the end of November, the last time I can enter since I’m about to graduate high school. After it’s over, me and my friends are going to Disney World.