The flamboyant Padminis and their drivers are fading away 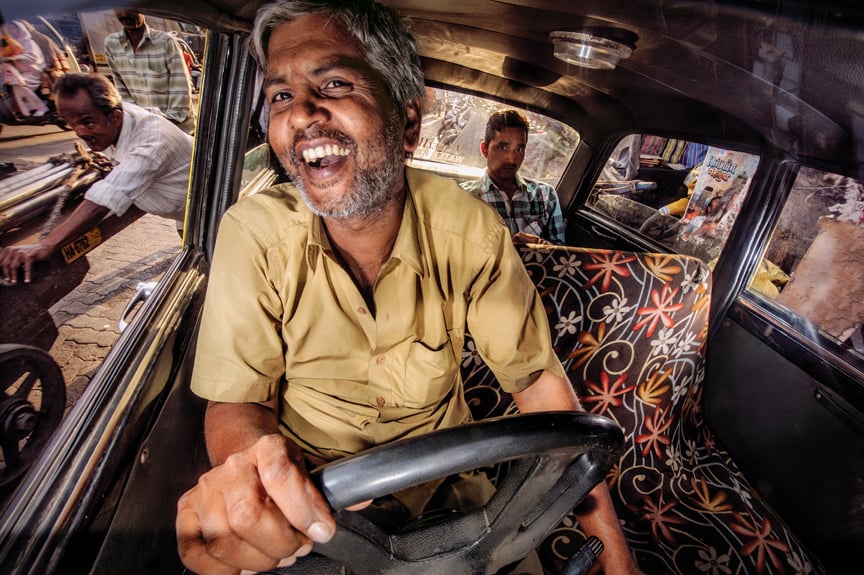 Over the course of three years, photographer Dougie Wallace captured Mumbai’s iconic taxi drivers—a vanishing breed—using a little bit of gentle ambush and a very powerful flash. “Basically when they’d stop at the traffic lights, I would just put the camera up to the windshield or shoot through the window at the side. I was like a one-man band,” Wallace says.

Mumbai’s cabbies, or taxiwallahs, have been driving black and yellow Premier Padminis, based on a Fiat design, since the 1960s. But production ceased in 2000, and in 2008 the Mumbai government passed a law banning taxicabs more than 25 years old. Padminis are sturdy, cheap and easy to repair, and thanks to tight regulations on the auto industry, they used to be practically the only taxi on the road. Now they’re falling out of use. As those old cabs disappear, so too will their flamboyant, Bollywood-inspired interiors. To bump and careen around town surrounded by neon zebra stripes, ’70s “flower power”-themed upholstery or a garish paisley pattern was once a quintessential Mumbai experience.

“It’s not kitsch. Kitsch is the wrong word,” Wallace says. “It’s not self-conscious.” An old Padmini can be found for the equivalent of US$1,000 or even less, and decorated to the owner’s content. Newer cars, though, run into the thousands—far beyond the budget of the average driver. Many will likely have to leave the trade.

Since colonial times, cabbies who own their cars have dressed in white, while renters donned a khaki uniform. That’s changing, too: now all drivers, regardless of their status, must wear a crisp white shirt.