Natural soda is making a comeback

Purists make their natural sodas the old way, with a dash of hungry bacteria 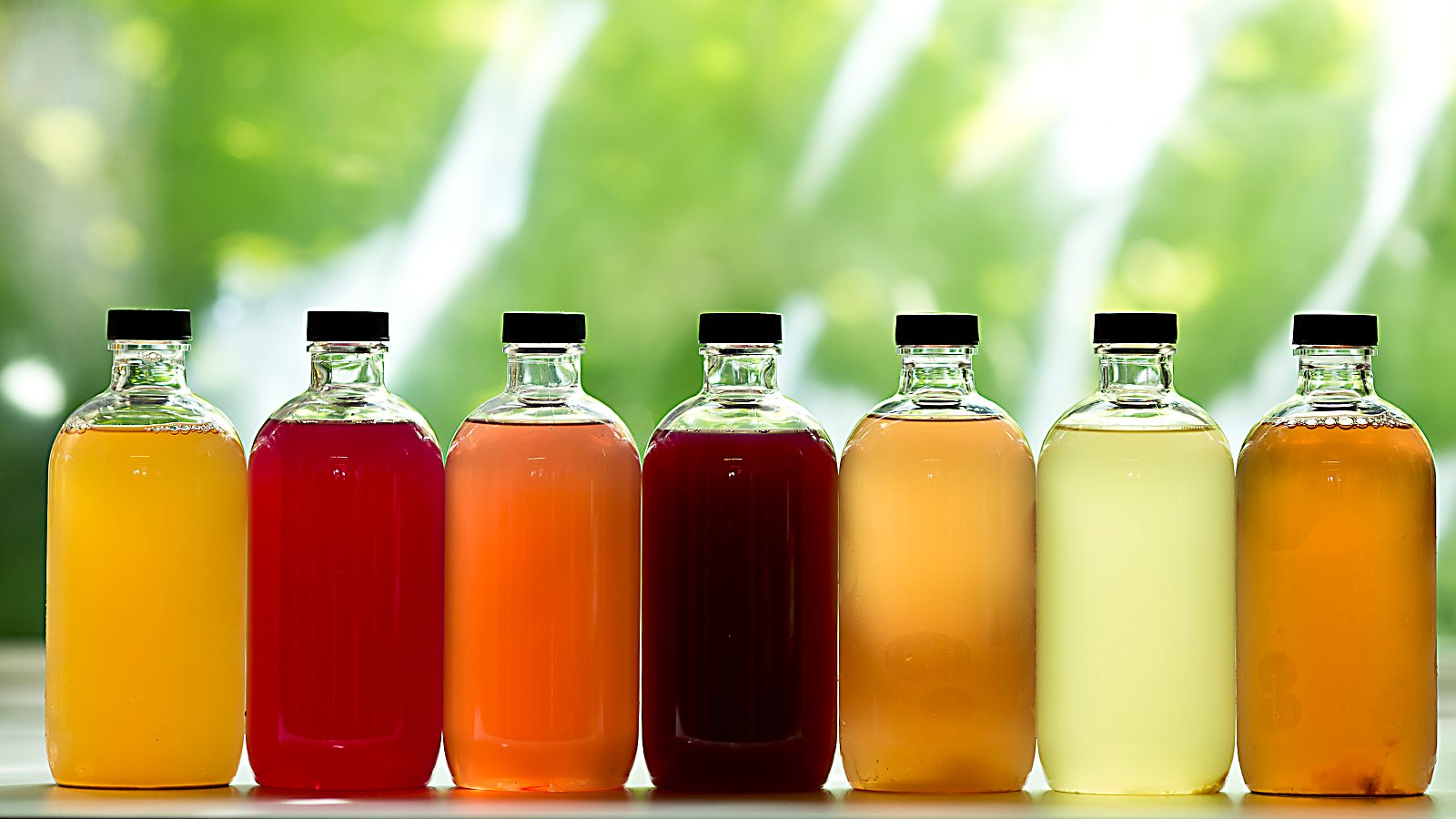 Leave salted cabbage to ferment and it becomes sauerkraut. Add spices and you get kimchee. Old recipes for fermentation are still familiar foods; they haven’t been made obsolete by yogourt in a tube, say. The same cannot be said for natural soda. Take some fruit, add sugar, some bacteria (more on this soon), a fragrant herb such as lemon verbena, and let the mixture sit in a warm place for a few days. What you get is a wonderfully flavourful, naturally fizzy soda, just like the ones your great-great-great-great grandmother would have made. Only, most of us have never tasted such a drink.

But sugary, big-brand pop is coming in for the kind of retrospective makeover enjoyed by levain and sauerkraut, thanks to a small craft industry. Don’t mistake these drinks for CO2-injected healthier pop alternatives, such as Knudsen’s spritzers or Gus’s. The new natural sodas are veritably natural, right down to the communities of bacteria and yeast that make the bubbles—in place of gas pumped in by humans. “I view it more as a living colony,” says Lorraine Walker, whose California company sells four flavours of Drinkwell Softers to health food stores and high-end grocers in that state. She makes her brew with the herbs—lavender, rose geranium, rosemary—grown on her family’s organic farm.

While each soda has its own recipe, all require a sugar source and some bacteria and yeast. Walker uses bacteria-rich whey from a nearby yogourt cheesemaker. Rebekka Hutton, who sells natural sodas in Toronto through her Alchemy Pickle Company, uses yogourt whey but also practises what’s known as wild fermentation, feeding the bacteria that are found on organic ginger until they are plentiful enough to produce the carbonation in a soda. Fermentation insiders call this the “ginger bug,” and it’s used for more than ginger drinks. Turmeric bug is another option, though it imparts a mild, medicinal flavour.No matter where the micro-organisms originate, when they eat the sugar, their by-product is the carbon dioxide that gives the drink its fizz. “It’s kind of like champagne,” said Hutton. “It’s more like a tingle on your tongue than an explosion of bubbles.”

What really sets these natural sodas apart are the flavours. Hutton has sold peach basil, strawberry jalepeno, roasted-garlic apple cider soda, and even a cedar-flavoured one for Christmas. “You can make a soda out of anything,” she says. “You can use spices, teas, fruit, vegetables; the possibilities are endless. It’s like playing in your kitchen.”

Michael Doehle in Toronto brews a type of natural soda called kefir water, which uses the same micro-organisms used to make the yogourt-like fermented milk from the Caucasus. Despite the kefir link, the drinks are translucent like a natural herbal tea. He tested his zany flavours before settling on grapefruit chili, lime turmeric and cranberry ginseng. Even with chili pepper in the water, the taste is mild. And since the micro-organisms consume a lot of the sugar, the sodas aren’t too sweet.

Jessica Prentice writes in her book Full Moon Feast that natural sodas were made in an agrarian society by an “alewife,” who turned herbs and flowers into tinctures. The Oxford Companion to Food notes that during temperance times in North America, root beers were fermented from a blend of bark, roots and leaves of sarsaparilla, wintergreen, spruce and the like. Ginger ale was once a bacterial fermented drink, before it was turned into pop. The drinks have always emerged out of necessity. Nicoleta Zoltan, who grew up in Communist Romania, remembers her grandmother fermenting elderflowers from the backyard tree to make a soft, bubbly soda. “There were some drinks at the store, but people weren’t going to buy them. They made them at home,” she recalls.

In North America, the probiotic-rich drinks appeal to what Doehle calls “creative professionals,” as well as the health-conscious. They’re also pricey. A 500-ml bottle of Hutton’s drinks costs $6 in a shop—more than you’d pay for four litres of pop. Yet they’re becoming popular. Walker moves more than 1,000 bottles a week and Doehle’s sales have risen to $5,000 a month. This nostalgic drinks trend may be about to pop.