The creatures who captured headlines in 2013 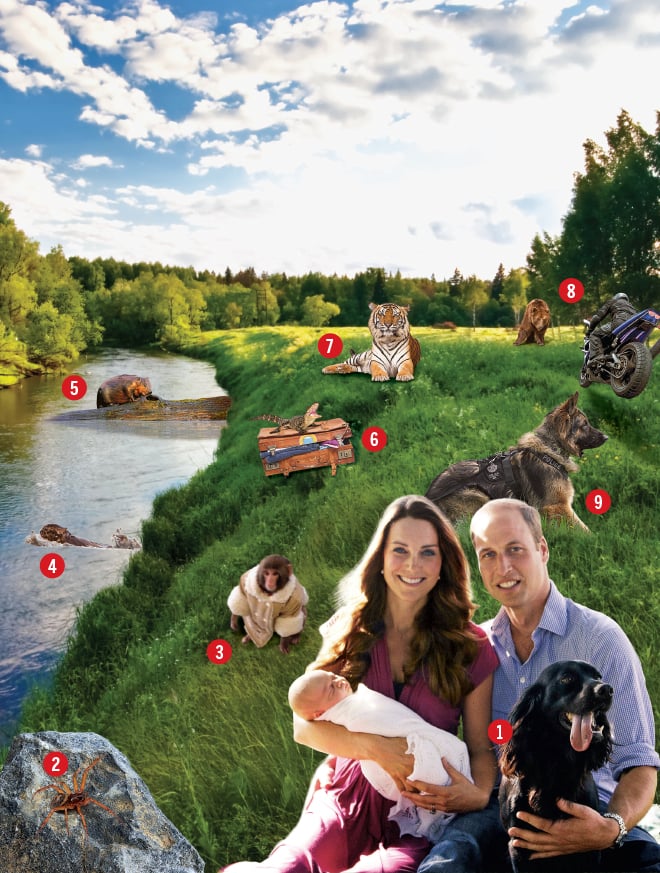 Lupo, the cocker spaniel owned by the duke and duchess of Cambridge, broke the royal tyranny of corgis. He also spawned a craze for his breed, and his inclusion in the first official photo of Prince George signalled that canines are now one of the family.

The British tabloids tapped into arachnophobia with horror stories about an invasion of ‘flesh-eating’ false widow spiders. But the tabs were spinning a yarn. Experts say they pose no threat.

Darwin the Ikea monkey’s owner waged a failed court battle for his return against the primate sanctuary where he’d been placed by authorities. Hopefully he still gets to wear that shearling coat.

Momo the cat survived a dunk in Calgary’s flood waters. After using up more than a few of her lives swimming to safety, she provided inspiration for her non-feline counterparts.

Damned beavers! A wave of rodent attacks on humans in Belarus culminated with a fatal bite wound to a fisherman.

A 63-cm-long alligator was mysteriously left in the baggage claim area at Chicago’s O’Hare airport. Apprehended by police, it was sent to live at a reptile park.

Captured after wandering into an Indian zoo from a nearby forest, a six-year-old male tiger escaped just one month later by jumping a six-metre-high fence. Easy come, easy go.

Entering stage left, a young bear ran into a motorcyclist, who was videotaping his speeding adventures. The cyclist was injured, but the bear ambled off. The video, released by the B.C. RCMP, became a global hit.

Quanto, 5, a German shepherd police dog, was fatally stabbed while on duty in Edmonton. He is survived by his handler, Const. Matt Williamson.