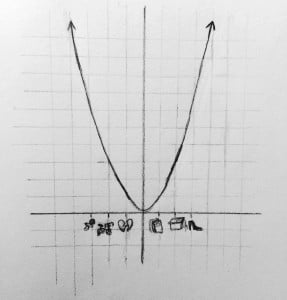 A lot of people assume that adopted children are orphans, but I wasn’t that lucky. I know my birth parents are alive somewhere in the vastness of India. Unlike an orphan, I’ll never have the relief, the closure that I imagine comes with the death of one’s parents. I know that sounds awful and of course I sympathize with orphans. I read their stories in the popular media: the orphan reunited with her long-lost sister, or the orphan graciously taken in by a rich family, never again to question her early beginnings. Unfortunately, I am not a red-headed, freckled girl whose quirky attitude attracts a Daddy Warbucks. I am one of the thousands of children born in the slums of Amritsar, India, shadowed by the majestic Golden Temple, children who are discarded by our parents because they could not afford to have another child and yet did.

Taken from India at the age of one, I was first adopted by a visiting Canadian family who were so overcome by my helplessness that they decided they had a moral duty to save me. My series of unfortunate events started upon my arrival in Toronto. My adopted mother was bipolar, depressed, and paranoid, a trifecta of mental instability. Let’s call her Mom Two. As a child I could not understand my mother’s erratic personality. I remember standing outside the door to our apartment trying to hear if she was yelling or having a fit. I got so good at it that I could almost intuitively sense her anger through the door.

I have many souvenirs of my time with her, a personal favourite being a grade school photo showing my bruised face after one of my mother’s episodes. She and my father were separated but they couldn’t stand to be far from each other, so he lived on the tenth floor of the apartment building and my mother on the eighth. My father did nothing to help me; he would side with my mother, sometimes joining her in tormenting me. When my mother got so angry with me that she couldn’t even bear to look at me, she would send me up to my father’s for the night, while telling me that men were awful and that I stood a good chance of being sexually abused one day. So I would weep and beg her to forgive me, to let me stay with her. I can still feel the cold metal stairs on my feet and the salty tears in my mouth as I walked two flights of stairs up to my father’s. He was so devoted to her that he could not see she needed serious help. He failed me as a father. I was not a daddy’s girl; I was no one’s girl. He was just the man who made my breakfast and took me to school because my mother was still sleeping when I left.

School was my only escape, six hours a day when I could be a kid, and do normal kid things, like jumping off swings and getting married to my best friend on the playground. I would wish that my kind teachers were my parents and that maybe they would like me enough to take me away from my home, but my wishes never came true.

The scars that never go away are the ones that cannot be seen. The daily reminders of my past come to me in the simplest of forms. Crying while studying genetics in biology because I don’t have a clue what my birth parents’ phenotypes are. A nagging voice in my head telling me my test scores aren’t high enough, courtesy of Mom Two. The unrelenting feeling that I am undeserving of love. These are the things I cannot forgive, the things that I usually manage to keep to myself.

I ignored the enormity of my emotions until I had no choice but to feel them. I would seem happy and fine at school, and then I would have days when I would cry in the office for hours, until I was too exhausted to move. That’s when they would lay me down and buy me a McDonald’s Happy Meal, which did, in fact, grant me some happiness.

My last stay in a foster home was the result of my mother’s worst episode. I had gotten a scab from playing on the carpet at daycare. I didn’t think it was worthy of my mother’s attention so I kept it to myself. One day while I was tipping my cereal bowl to drink the leftover milk, my mother caught sight of the scab and asked what had happened, and if I had cried. I honestly answered no. All was fine until the next evening, when my dad was home—things were always worse when the two were together. It was a couple of days before Halloween and I was watching Beetlejuice in my room, pretending I could levitate like Winona Ryder’s character. My mother started asking me again if I had cried. When I again said no, she took a pen and tried to stab me with it to see if I would cry then. Of course I defended myself, and in the ensuing struggle she cut herself. That’s when my dad stormed in, looked at what I had done to my mother, and came after me. The next day at school I tried to hide my red cheeks with a scarf, but I had to take it off in class. I thought it was very fitting that on Halloween I looked like a monster.

The school knew what to do because it wasn’t the first time. I would be put in the library to wait for the women in pantsuits to come get me and take me to the closest available foster home. They were more like taxi drivers, driving me to the home and leaving immediately after their job was done. Inevitably, my social workers and the Children’s Aid Society would send me back to my parents, and I hated them for it.

Between the ages of three and ten, I lived in a total of eight foster homes. Want to know what it’s like in the suburbs of Peterborough, Pickering, Scarborough, and Mississauga? I could tell you which schools to avoid and which families seem sweet for fostering children but really do it for the money. I can’t remember the earliest foster homes anymore, which is a blessing, but in the last one I was in, when I was ten, I remembering getting a simple radio for Christmas while the foster parents bought their biological daughter the latest game console. There is a great divide in foster homes between the “real” children and the foster children; we are always left out of family dinners, vacations, and events. I would be starting to settle into a foster home, starting to make friends, actually talking to the parents, and then I would have my monthly visits with my mom. She would nitpick and find fault, whether I was too skinny because they weren’t feeding me or I wasn’t being taken care of because my hair was too long. Nevertheless, I always wanted to go home with her. She was the only family I had, the only place I thought I belonged, no matter how awful it was. When you see children in public being abused, sometimes you wish you could go up to them and take them away from their parents, but do you think they’d actually leave their parents to go with you, a stranger? When you’re a child, you know nothing but the security of your parents, no matter what kind of people they are. You have no choice.

After the eight foster homes, the workers at the Children’s Aid Society finally decided it was best if I did not return home. Perhaps they got tired of shuttling me around, or maybe they finally realized that my home environment was not a safe place for a young child to grow. When I got the opportunity to be re-adopted, I ran after it like a dying woman coming across the elixir of life. After meeting the first potential parent, a single mother who had already adopted a child from Guatemala, I felt like I might have a chance at a normal life. Three months later, I was moved in, eager to start anew. My social workers implored me several times to think carefully about my decision. They were worried I was moving too fast, but things couldn’t move fast enough as far as I was concerned. The first thing Mom Three did was put me into therapy, to which I replied, “I don’t need it! I’m not crazy!” But after four years of her helping me through some tough mental work, I fully credit my therapist with saving my life.

My transition was not easy. Learning to love someone after the experiences I had been through took time. I would resist any physical affection, and for the first year the word “mom” was not one I uttered easily. In my mind, I felt like loving and accepting another family would be a betrayal of my old one.

Five years later I can honestly say that I am happy to be where I am: lucky enough to be loved unconditionally in a family where I don’t have to worry about what my adopted mother’s mood will be when I walk through the door. I can have normal fights with my new sister about sharing sweaters or how she takes an hour to get ready in the mornings. There are of course times when I retreat into myself and my past experiences, but those times are becoming fewer and further between. I have things to look forward to, and these things, the hope of something to come, keep me going.

I’m lucky enough to be one of the thousands of foster kids, abused children, to make it out, for the most part sane. I think it just comes down to the age-old fight for survival. Surviving doesn’t always mean fighting back; sometimes it means keeping quiet, enduring what you must to continue living. There were many times I felt like giving up—the human mind can take only so much, and although a child’s mind has a certain elasticity, mine had been pulled too taut. I remembering being so frustrated and confused in my first family that the very first time I thought about suicide I was only seven. I am so proud of myself for not plunging that steak knife into my chest that night 11 years ago, because I would not have been here, alive, thriving in my new life with my new and final family.

If you’ve ever studied math (and if you haven’t, I understand, because math is gross!), you know that a slope is the distance between one point on a graph and another. I see my life resembling a parabolic function greater than zero—a line that started at a low point but has an increasing slope. I am moving forward. I am growing up.

Ashley Ash is the winner of the Hilary Weston Writers’ Trust Student Nonfiction Writing Contest, open to students in grades 9 to 12.