Orange is the new white (wine) 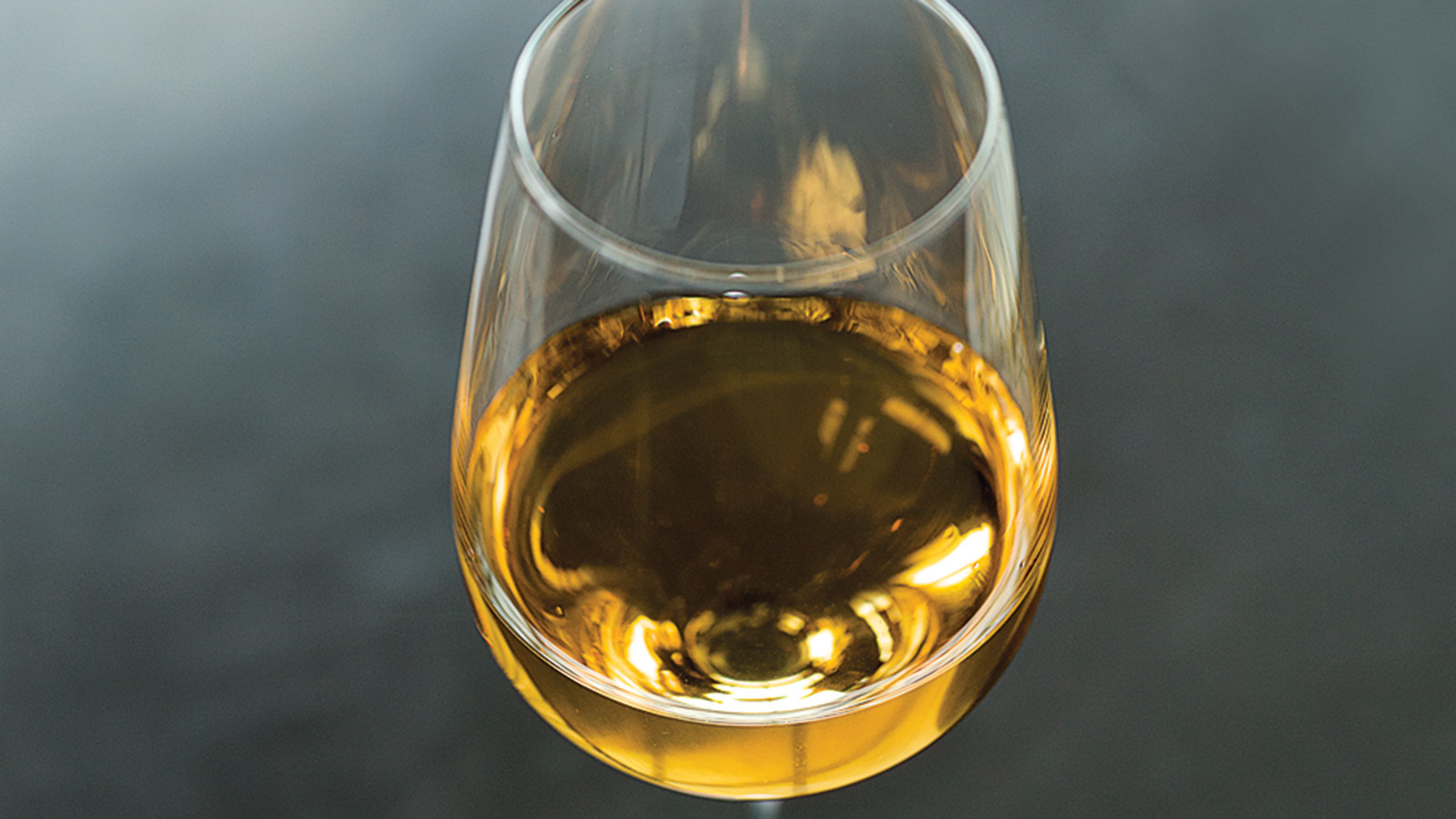 Several years ago, as we sipped a cool, russet-coloured wine pulled straight out of a clay amphora on New Zealand’s South Island, a wine grower rhetorically asked me: “Why would I spend the whole year labouring to ensure I have perfectly ripe, healthy grapes, only to throw away the most flavour-rich component—the skins—at the moment when I turn them into wine?”

The question was probably inspired by the quizzical look that flashed across my face as I saw the odd colour. It was a white wine made like a red, with skins and juice fermented together. Golden pigments from the skins, coupled with exposure to air, gave the wine its orange hue. The overwhelming majority of whites today are made with little or no skin contact—the solids are separated from the juice immediately after pressing—yielding bright, pale, almost colourless wine, quite the opposite of what I had in my glass.

The wine was hauntingly beautiful, replete with autumnal fruit, beeswax and honey, faded flowers, orange Pekoe tea and nutty, dried herbal flavours. Yet it was also disorienting, like drinking an artifact crafted long before the glimmer of stainless steel pneumatic presses and the hum of air conditioning became commonplace.

In fact, this kind of wine has been made in Georgia for at least 8,000 years, and the country’s traditional winemaking methods recently earned a place on UNESCO’s List of Intangible Cultural Heritage, alongside Argentina’s tango and Viennese coffee-house culture. In the Georgian tradition, skins, juice, stems and all, are put into egg-shaped, earthenware vessels called qvevri (pronounced KWEV-ree), which are buried in the ground for temperature control and left for months, sometimes years, so the wine can ferment and mature. The prolonged soak contributes aroma and flavour, as well as tannins, one of wine’s critical preservatives; the colour is just a by-product. Long before modern stabilizing techniques, wines made with skin contact had a greater shelf life. Soaking the skins also has a technical advantage: It softens them and allows greater juice extraction, especially when pressing by hand—hence, more wine. Now, orange wines, as they are called, are being made and consumed around the world.

After tasting whatever I could find from Georgia and elsewhere, an idea crystallized: to make a traditional orange wine in Ontario.

I approached a pair of likely partners: Norman Hardie in Prince Edward County and François Morissette in Niagara, both known for their out-of-the-box winemaking. They agreed with little hesitation. A deal brokered by Toronto sommelier Zoltan Szabo (no relation), who has been to Georgia, and a handshake in a parking lot later, the order to fire up and ship some qvevri from the Black Sea was issued. For a local touch, beeswax from Rosewood Winery and Meadery in Beamsville was used to coat the insides of the earthenware vessels.

We wouldn’t be starting totally from scratch. Hardie had some previous experience with skin-contact whites while working in California and South Africa. Morissette, for his part, had always been inspired by the Spanish sherries and the quirky, oxidative whites of the Jura in France, both throwbacks to earlier winemaking days. His lament is that today’s winemaking “has severed itself too drastically from the methods proved over thousands of years of trial and error.” The cult of perfectly clear, colourless, fresh and fruity whites is a modern phenomenon that has been around for a mere half-century.

I later discovered we wouldn’t be the first orangistas in Canada. Ritchie Roberts of Fielding Estate in Niagara had already made Canada’s first orange wine—a 2012 viognier—albeit, not in clay. He, too, had been inspired by a traditional Georgian wine he tried more than 15 years ago. “I don’t even remember what it was, exactly, but I was pretty much: ‘Whoa. This exists!?’ ”

With two weeks on the skins and aging in both wood and stainless steel, Roberts’s viognier is a marvel of bittersweet balance. “I wasn’t too sure what to expect, but I love how it turned out.” He made just 400 bottles, and it’s not even on the price list. “We only open or sell bottles on request, from word of mouth, but anyone I’ve tasted it with has been very accepting and intrigued,” Roberts says.

One limiting factor, aside from the difficulty of getting qvevri, is that the fruit has to be perfectly rot-free at harvest, which is not always the case in Ontario’s variable climate. For that reason, Roberts didn’t repeat his experiment last year and Morissette couldn’t make his first vintage.

But our Prince Edward County experiment, a riesling, is resting in a 500-litre qvevri in Hardie’s cellar. It’s too soon to trumpet success, but “it has a wonderful purity of flavour and a lovely tannic component that keeps the wine focused and structured,” Hardie reports.

If all goes well, I’ll be enjoying another orange-wine moment this Christmas when our experiment is finally ready to pour. 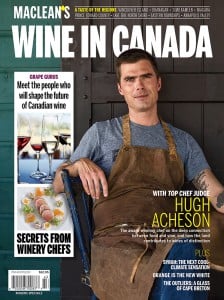 The 2014 Wine in Canada guide digs deep into the terroir of wine and food, featuring profiles, interviews and stories on the hottest winemakers, chefs and regions that will shape the industry in the years to come. It’s now available on newsstands, online at www.rogerspublishingestore.com and on the Maclean’s app.