Palm oil is everywhere, from organic granola bars to soap–and it has a terrible dark side 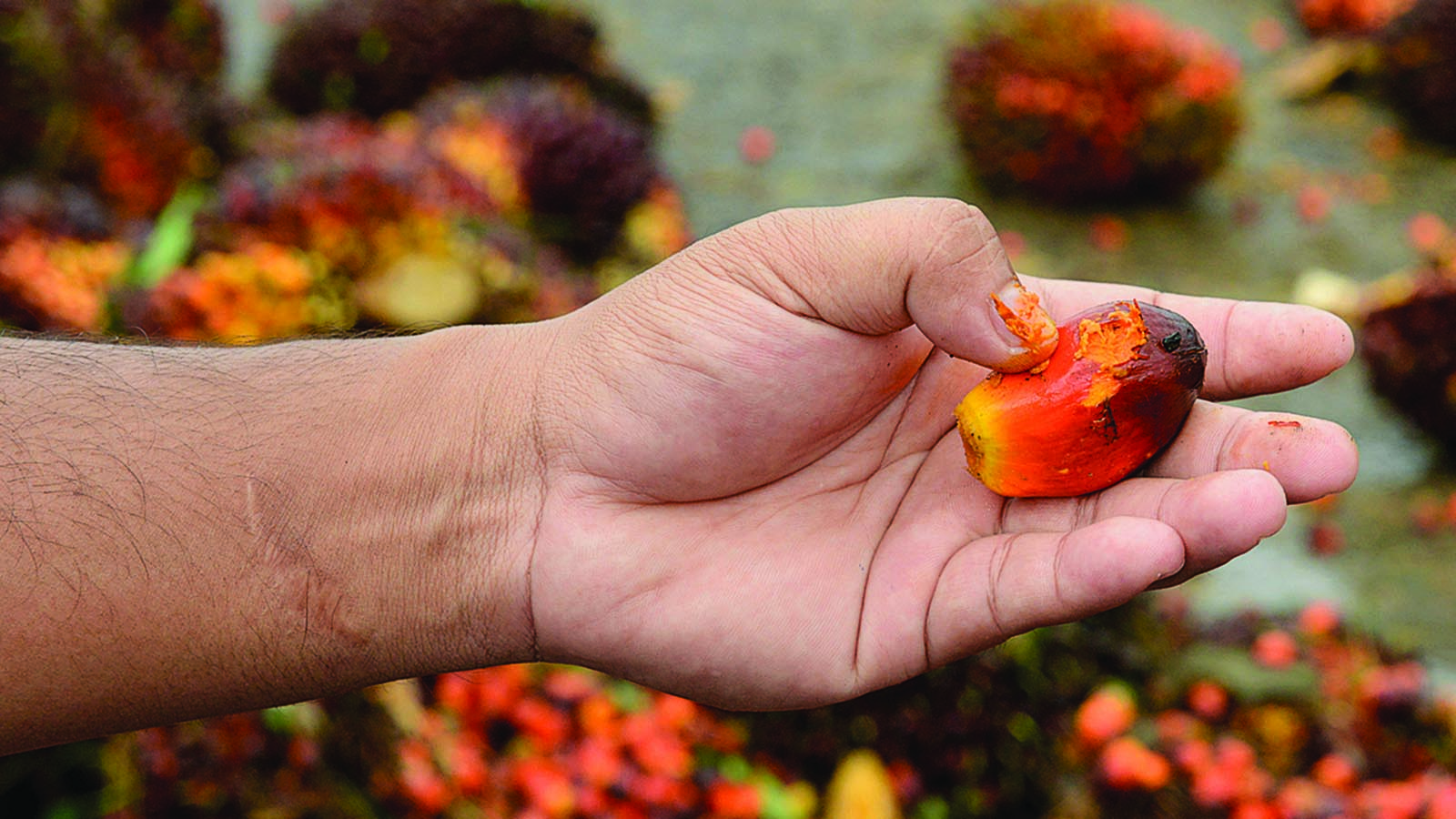 Compare the ingredients of your organic granola bar, your peanut butter and your shampoo and you’ll find they have one item in common: palm oil. This tropical oil is favoured for its unparalleled versatility. It doesn’t go rancid—remnants were found at the Egyptian tomb of Abydos, dating to 3,000 BCE. Its high melting point makes it the perfect substitute for hydrogenated oils, allowing it to replace verboten trans fats—as it has, increasingly. And it’s cheap.

Palm oil is also the focus of a roiling campaign among activist groups hoping to shine the spotlight on what they see as an eco-villain. The oil comes from the fruit of the oil palm, a tree that grows in the humid tropics. To make space for the vast plantations that supply the industry, loggers clear-cut rainforest and drain peat lands, which then often catch fire, releasing vast amounts of carbon into the atmosphere. Worse, almost all of the world’s palm oil comes from Indonesia and Malaysia, where its production threatens numerous mammals with extinction, including the critically endangered Sumatran tiger and the orangutan.

There’s more. The U.S. Department of Labor lists palm-oil production as one of the industries most notorious for using forced labour and child labour. Many NGOs and journalists have recorded ﬁrst-person accounts of palm-oil plantation workers who were held captive in abysmal conditions, tricked into working, or even kidnapped. Some have told researchers they were taken by force from their fishing boats and turned into palm-plantation slaves.

Yet you’ll still find palm oil in 50 per cent of packaged goods—those made by global corporations, but even those wholesome products such as Nature’s Path berry granola bars, Green & Black’s organic toffee chocolate bars and Earth Balance’s peanut-flax spread, which is billed as 100 per cent natural and non-GMO. Ironically, the vegetable oil shortenings preferred by vegans who don’t want their food to harm animals are made from palm oil.

“Even eco-conscious and socially conscious shoppers are often not aware of this problem,” said Laurel Sutherlin, spokesperson for the Rainforest Action Network, an American NGO that, along with organizations such as Greenpeace and the WWF, is ﬁghting to make the industry more ethical.

But it hasn’t been easy to capture the public’s imagination. Palm oil is proving to be a Teflon ingredient. In 2011, there was a furor when it was revealed Girl Guide cookies contained palm oil; only a few years later, the issue has almost disappeared. Not even the WWF’s recent slick parody of a Hollywood thriller, “Unseen,” highlighting the often invisible ingredient, made much of a splash.

One hurdle is that palm oil is listed under all sorts of names. It may be called sodium laureth sulphate, stearic acid, palmate, or even just vegetable oil—making it hard to know if one is consuming it. And just because a product contains palm oil doesn’t mean it’s a problem. The Earth Balance website explains that the company sources 30 per cent of its palm oil from Brazil (it is palm oil from southeast Asia that has the worst reputation) with the rest of its stock okayed by the Roundtable on Sustainable Palm Oil, an organization that has created certification for what it calls sustainable palm oil. (This industry effort itself has been criticized by Greenpeace, accused of not enforcing its standards and of mixing certified oil with dirty oil produced by contractors who destroy rainforest, a charge the group denies.)

Despite lack of public pressure, some Western corporations targeted by the campaigns have started to change, pledging to learn the origin of their supply, often without self-congratulatory fanfare. Unilever says it will source all its palm oil from sustainable sources by 2020. “Companies today are so much more aware of recognizing risks off in the wings,” said Chris MacDonald, professor of business ethics at Ryerson University. “There is no place to hide. You could be operating a palm oil plantation on the other side of the planet and someone has a smartphone and now it’s on Twitter.” The activists should be so lucky.