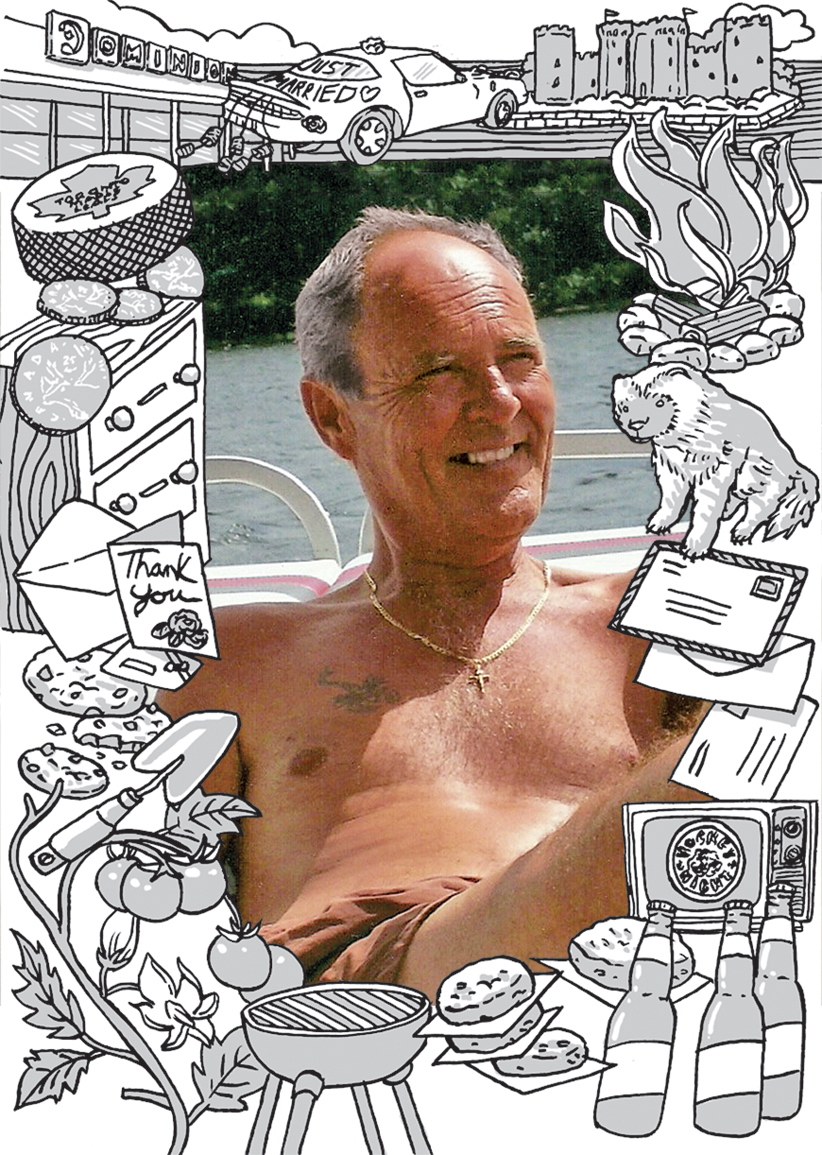 Paul Joseph Friday was born on Oct. 29, 1957, in Hamilton, the third child of Bill, an NHL and WHA hockey referee, and Donna, who stayed at home to look after thir five children. After his sister, Diana, was born, Paul shared a room with two sets of bunk beds with his three brothers, Bill Jr., Donald and Larry. Naturally, there was a bit of horseplay, when they’d be up late some nights with flashlights, reading Hardy Boys books.

When he was six, the family moved to Carmen Avenue. In the new neighbourhood, there were so many kids constantly outside playing road hockey or baseball, they made a team. “They called themselves the Carmen Hobos,” Bill Sr. says. “And they had T-shirts made up.” On Sundays, the Carmen Hobos would gather at the Dominion grocery store parking lot and play hockey against another neighbourhood team. “We played them for what we call the Dominion Cup,” Larry says. “We always came out on top.”

Paul was generous and caring with his siblings, especially Diana, and would often go out and watch her ringette games. If Diana was heading to the local shopping plaza, he would be sure she had a handful of spare change that he saved atop his dresser. A happy-go-lucky child with a love for sports, his brothers affectionately gave him the nickname “Pugs” for his pug nose. Paul would sometimes joke that he earned the nickname because he was a pugilist, but “he was a lover,” Larry says.

After graduating from high school, Paul attended Mohawk College for half a semester, but left when Stelco, the local steel company, hired him as a train switchman. In 1980, Paul was at a bar with his Carmen Hobo friends when Darlene Bremner, a student at Mohawk College, joined the group. The Hobos talked about plans for a picnic the following day and Darlene opted to join. Paul happily picked her up in his white Camaro. “He turned to me and said. ‘I hope you have your driver’s licence, ’cause you’re driving home.’ ” The two hit it off right away.

In 1983, they were married. A son, Ryan, was born in 1985, followed by another boy, Lucas, a year later. Paul would often tell them bedtime stories, but not from a book. “He used to make up stories off the top of his head,” says Ryan, “but there was always a castle and a moat.” Similarly, when he took the family camping, Paul would gather the boys around the campfire for a story that inevitably involved wolverines. “I don’t know what his fascination with wolverines was, but it scared the dickens out of us,” Ryan remembers.

When he wasn’t storytelling, Paul was always there to take his sons to 6 a.m. hockey practices, and made sure they were together for the Maple Leafs games in the evening. “When Hockey Night in Canada would come on, he would crank the TV so loud, and all you would hear through the neighbourhood was, ‘Da da da DA DAAA!’ ” Darlene says. “The boys would come running.”

When Paul was laid off from Stelco in the early ’90s, he found work with Canada Post as a letter carrier, a job in which he took a great deal of pride. As he gained more seniority and could have switched to a more picturesque route, he would not leave his section of north Hamilton. “He was devoted to those people,” Darlene says. “They could set their clocks by him.” His customers were loyal, often offering him baked treats throughout the year—and giving gift cards at Christmastime. “My dad always bragged that there wasn’t a single person he didn’t know,” Lucas says.

In his 30s, Paul loved to go on camping trips with family and friends, making the frequent trip to Hay Bay to relax by the water and fish. “They used to call it the Hay Bay Classic,” Ryan says. “They even had a plaque for the winner with the biggest fish.”

After 20 years together, Paul and Darlene began to grow apart, and Paul moved into a four-unit apartment building. He immediately put his green thumb to work, planting a vegetable garden. He especially enjoyed being by the barbecue and having a beer. When family asked after 20 minutes how the food was coming, the meat might not even be on the grill yet.

At 1 p.m. on Friday, June 12, Paul was one block away from the end of his route, making friendly chit-chat with the locals, as he often did. He delivered some mail at a house and began to walk down the front steps, when he collapsed and died of a heart attack. He was 57.