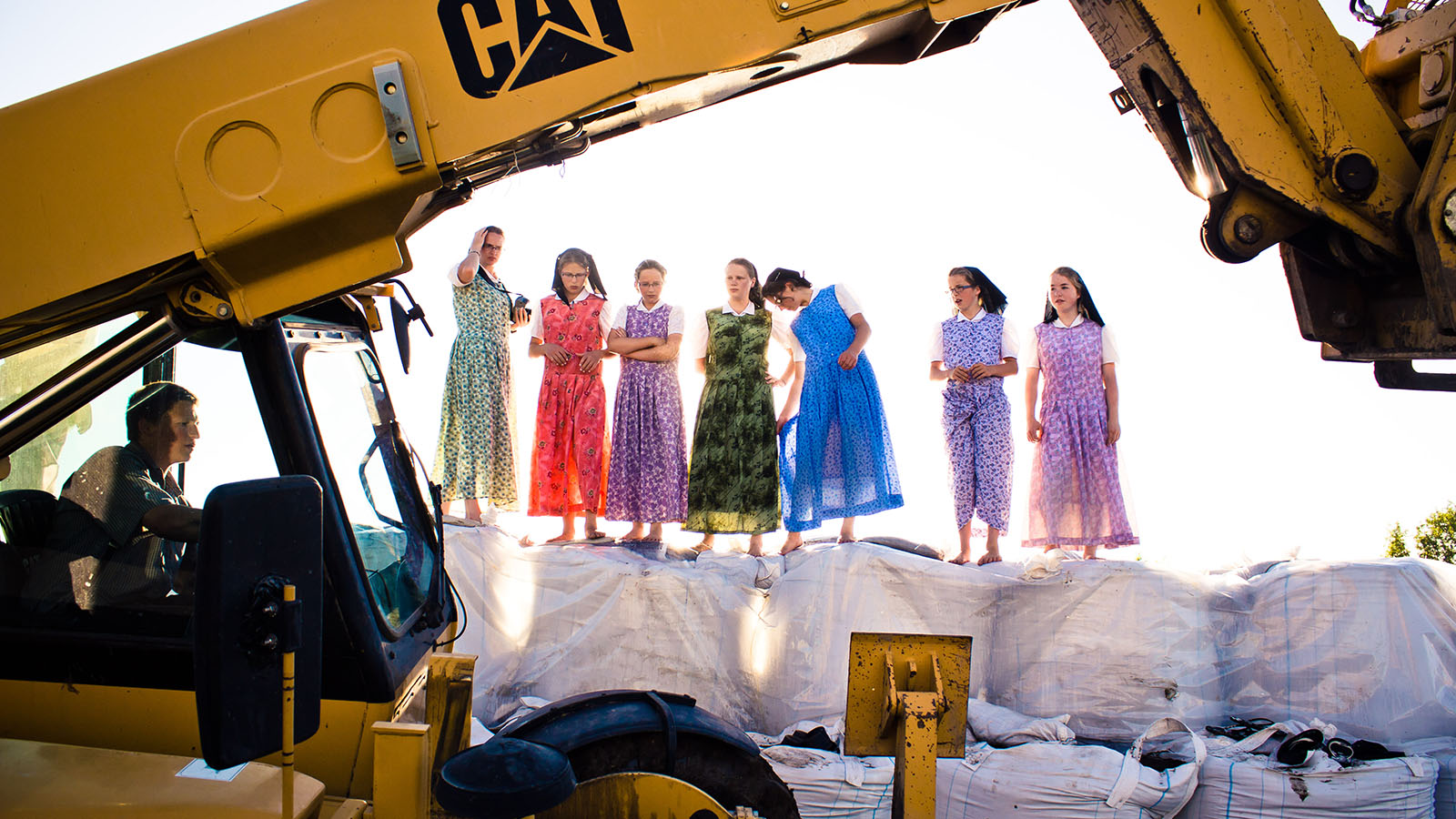 A colourful wedding ceremony was interrupted by a flooding Souris River. (Kelly Hofer)

Kelly Hofer didn’t realize he had a photography series until he left the Hutterite colony where he grew up. Photography is frowned upon in Hutterite communities where modesty, hard work and giving back to the community reign, and Hofer began pushing against those rules at 11 when he first got his hands on a camera. The response ranged from older folks telling him to stop taking photos, to one-on-one conversations with the colony’s minister, who forced him to delete several thousand photos on Flickr—twice.

Those pressures eventually led Hofer to leave the Green Acres Hutterite colony, near Brandon, Man., in June 2012. Before that moment, photography had been about documenting his life. Hofer grew up with the friends and relatives in his photos, but building photographic trust was a challenge. “They were always covering their faces, always hiding and telling me to stop shooting. As I progressed they just got used to it.”

His persistence resulted in photos that portray “carefree living,” said Hofer. “Nothing changed from before to after introducing a camera.” Hofer wanted to convey the daily activities and the happiness that he experienced growing up, moments like an evening volleyball game, or a cold Pepsi or beer—drinks that were usually rationed—after pitching in to build a sandbag dam to help another community protect its chicken barns from flooding. “It took me leaving to realize how powerful and positive Hutterite culture actually is.” 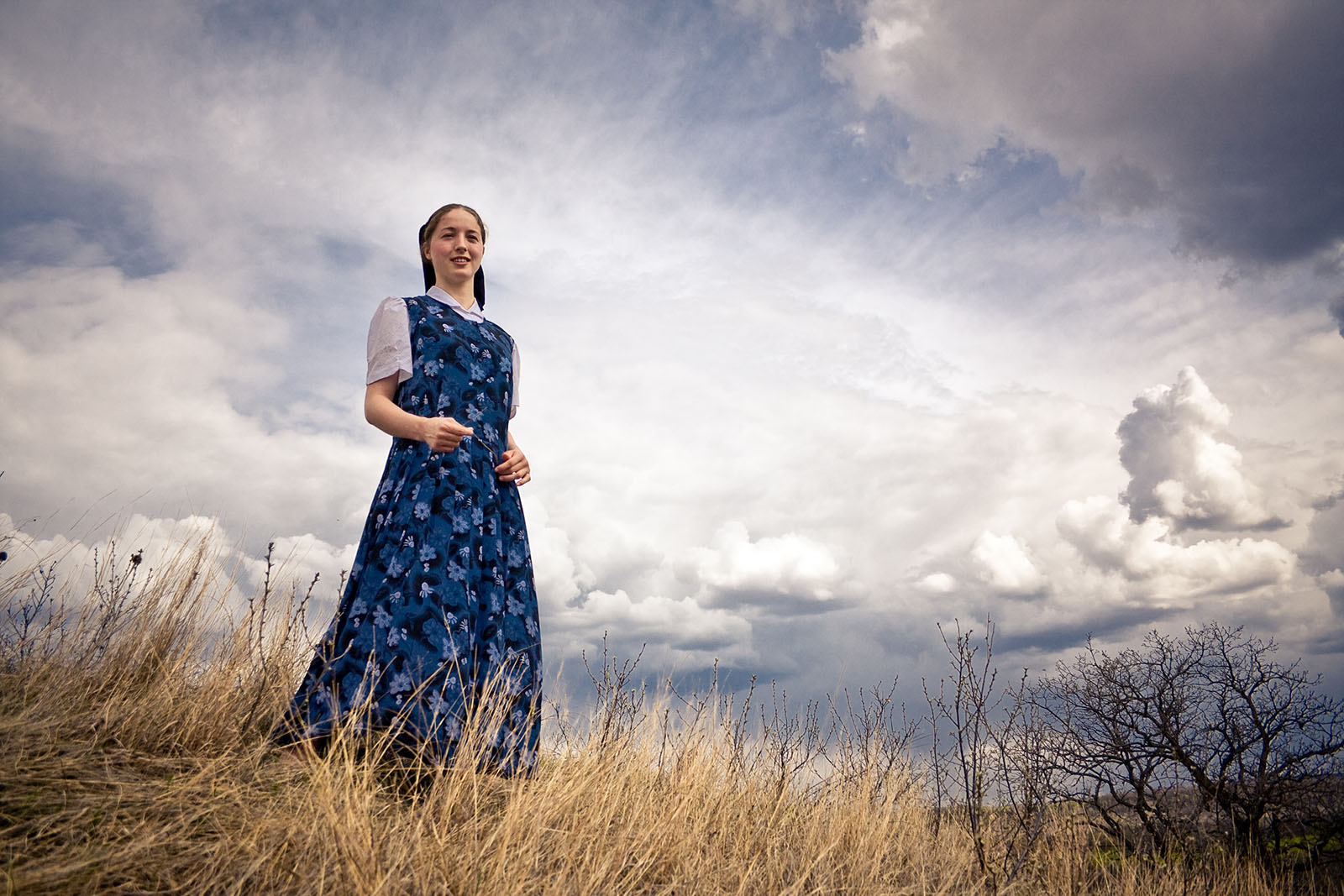 A member of the Green Acres Hutterite colony, close to Brandon, Man., explores a nearby valley. (Kelly Hofer) 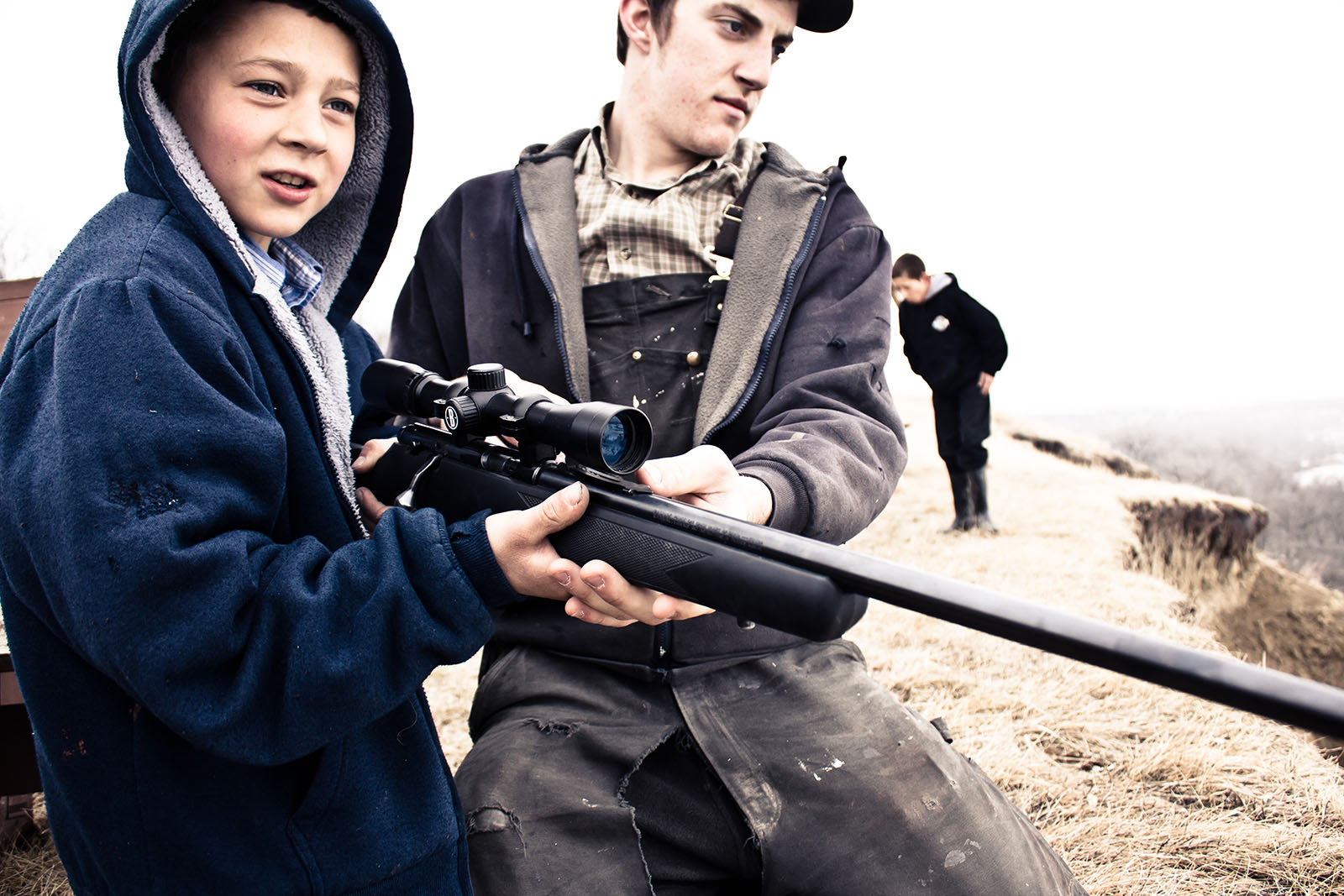 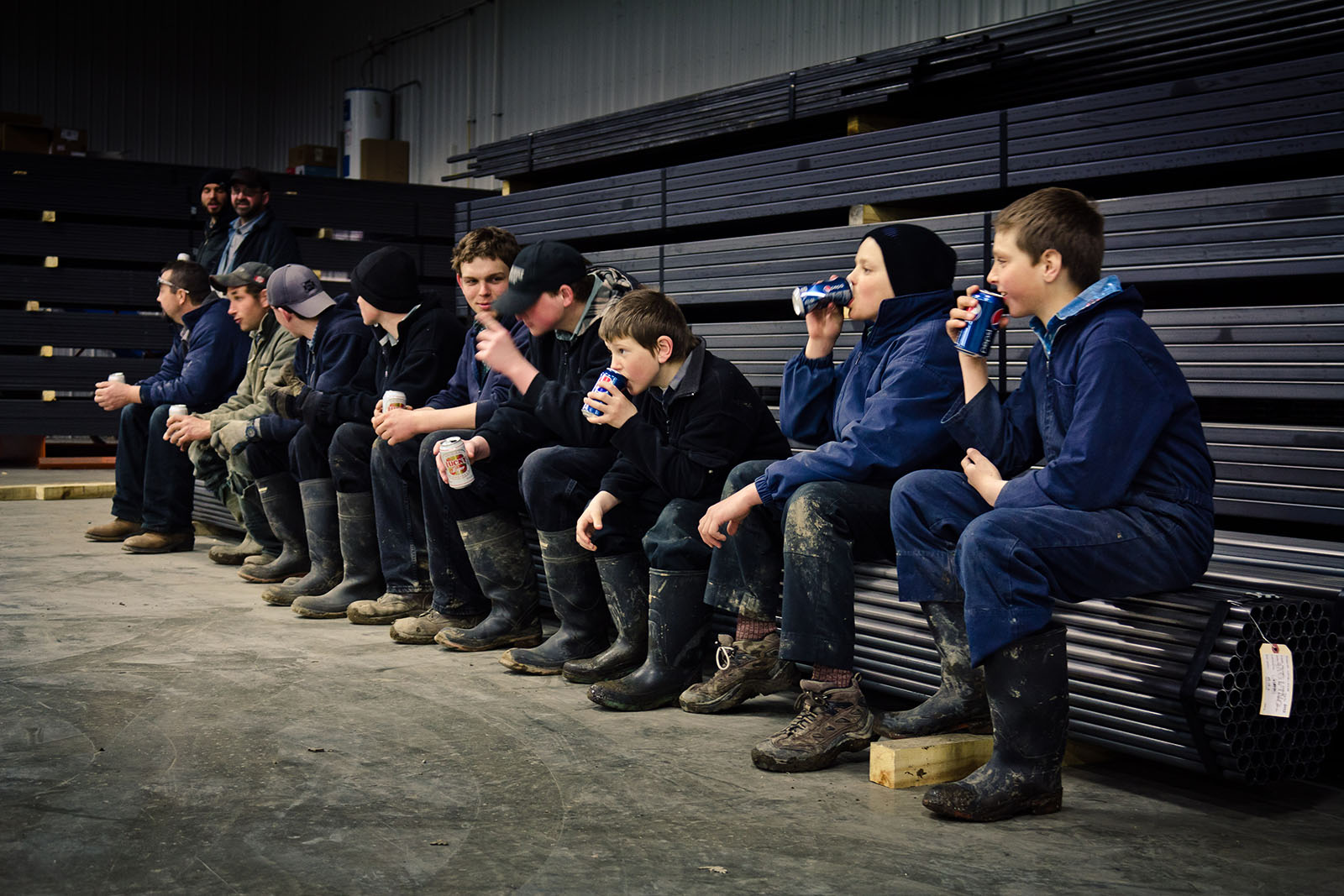 Residents of all ages helped clean up after the Souris River flood. Here, they take a break with soft drinks. (Kelly Hofer) 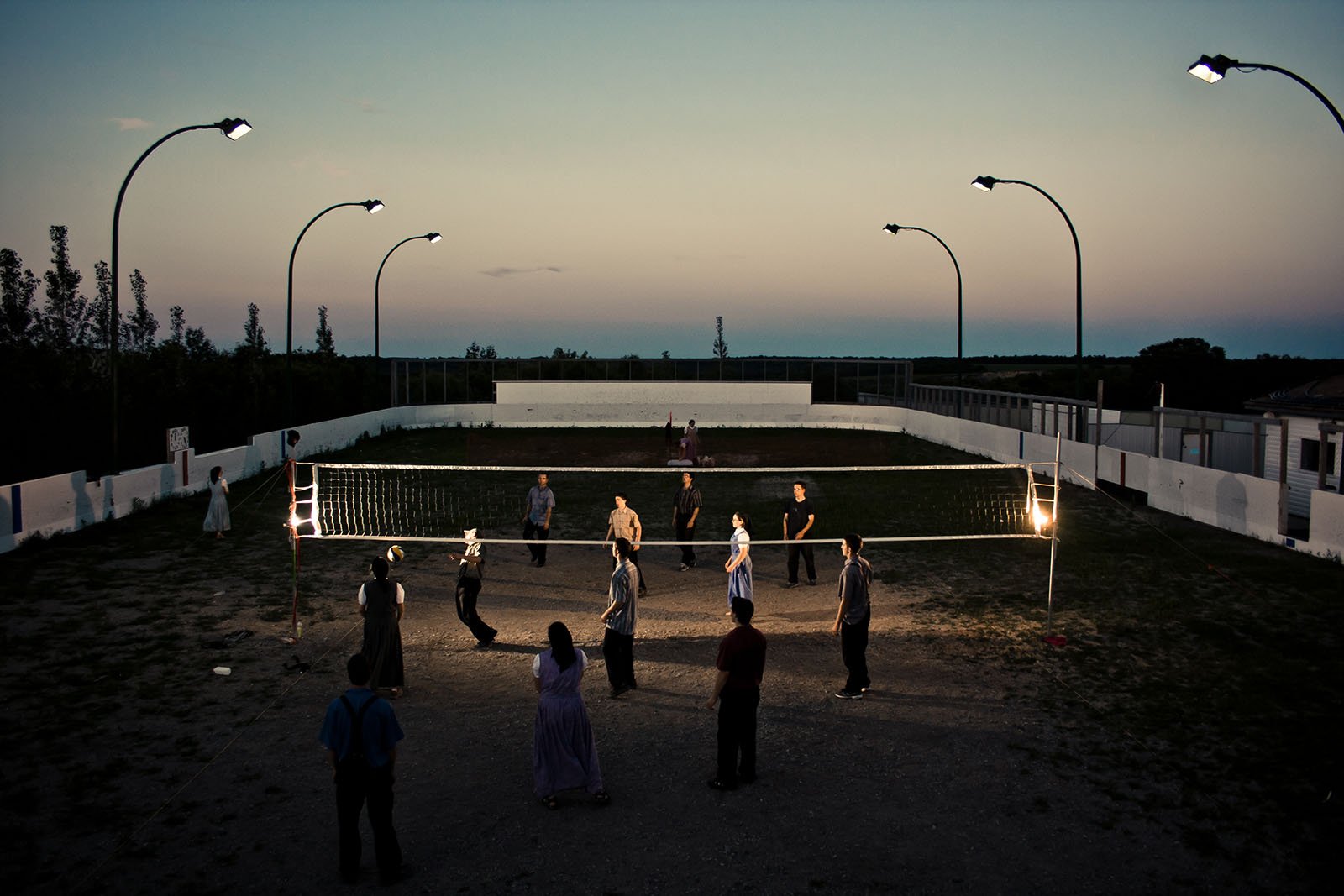 The Green Acres colony transforms its hockey rink into a volleyball court in the summer. (Kelly Hofer)