Putting the 'mmm' back in MSG

On hip restaurant menus and recipes, a maligned additive is making a comeback 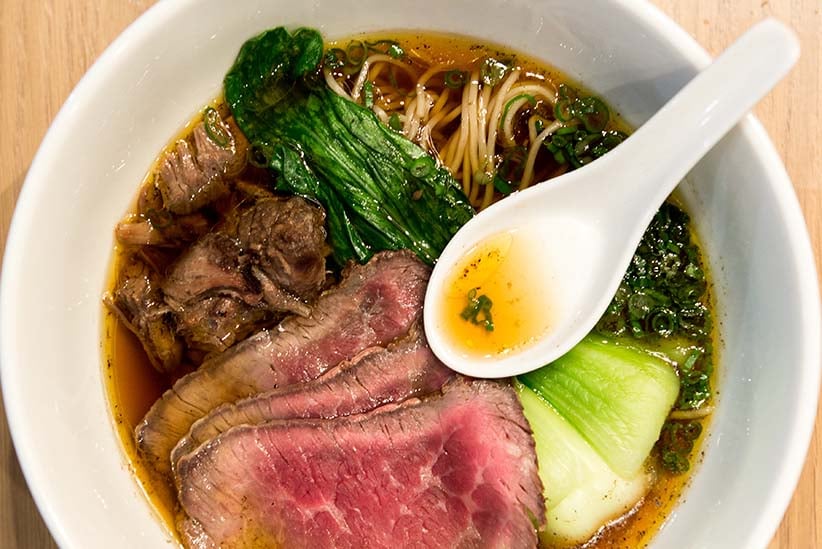 You can simmer and braise and season all you want, but there’s a secret ingredient that chefs know will make your meat meatier, your broth brothier and your Bolognese sauce 3D. That’s monosodium glutamate, or MSG—the stuff Chinese restaurants across the continent have been declaring for decades they don’t use.

Now, in this era of culinary discovery, MSG is having a renaissance. You’ll find it in dishes at restaurateur Jen Agg’s Rhum Corner in Toronto and Agrikol in Montreal. David Chang of the Momofuku restaurant empire—there are three in Toronto—told an industry crowd in 2012 he wanted it on his menus: “Please assume we put MSG in our food.” Much fanfare ensued when San Francisco’s über cool Mission Chinese placed MSG shakers on its tables. And Bon Appetit has begun to list MSG as an ingredient in recipes for home cooks. “MSG is not the devil we thought it to be in the ’80s,” Agg said via email.

For those who’ve avoided MSG for decades, this may come as a shock. The additive has been maligned for causing migraines, numbness and even allergic and asthmatic reactions, symptoms labelled “Chinese restaurant syndrome” since 1968. Historian Ian Mosby, a postdoctoral fellow at McMaster University, has connected the fear of MSG in Chinese food with racism.

The rationale for embracing MSG is that it’s a so-called authentic ingredient of many cuisines. And ever since a paper was published in 2000 concluding it’s a “generally safe food flavouring agent,” word in the kitchen is that it’s okay to eat. Every chef interviewed for this article confidently said MSG doesn’t make you sick. Not to mention that monosodium glutamate abounds in processed foods like soup, pasta sauce, crackers and chips, disguised in the ingredient list as “yeast extract” or “sodium caseinate.”

But accepting MSG into the foodie canon is complicated. It was in 1908 that a Japanese professor figured out how to extract and crystallize glutamates from seaweed broth—glutamates are also naturally found in foods like Parmesan cheese and cured meats. According to Sarah Tracy, a University of Toronto doctoral candidate whose thesis examines the history of MSG, he was trying to engineer the perfect diet for the Japanese people. “MSG is deeply implicated in myths of nation and how to build the strongest race,” she said. During the Second World War, MSG was used to boost Japanese troop morale by improving bad food. In the ’50s the American food industry got excited and put MSG in everything—including baby food—until consumers started to raise concerns. Fast forward to 1968, when a backlash picked up force.

Ever since, the MSG industry has been trying to rehabilitate itself, and chefs have unwittingly become part of that rebranding effort. MSG proponents argue that glutamates made industrially—by fermenting starches—are chemically identical to the natural ones in, say, Parmesan. They operate websites talking up umami—that meatyness long appreciated in Asian cuisines and officially recognized by Western science in 2000 as the fifth taste.

What Tracy calls the “gentrification of MSG” comes just as food culture became obsessed with umami. “I can go to a hipster dining hole and talk umami and the server knows what I am talking about,” she says. It takes effort to build umami in a dish, says Chris McDonald, formerly of Toronto’s Cava restaurant. While he’s used it to boost flavour, he doesn’t like it. It’s “lazy cooking,” he says.

Agg uses it because, she says, “it’s an essential ingredient in modern Haitian cooking.” Anyway, if it tastes good, what’s the problem?

Well, there are those symptoms. The U.S. Food and Drug Administration says MSG is “recognized as safe” and doesn’t, in studies, “consistently trigger reactions” in people who say it makes them sick. The amino acid glutamate, a form of which is also made by the human brain, is important to the body. But off the record, some scientists raise questions about whether industrially produced glutamates act in the same way as the naturally occurring stuff. For anyone who gets headaches after eating MSG, the proof may be in the pudding.