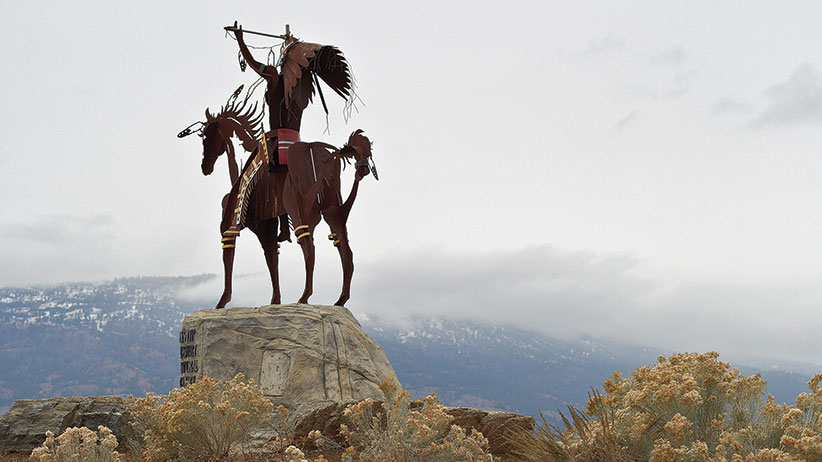 Randy Picton, the tree pruner turned head winemaker at the spectacular Nk’Mip Cellars in Osoyoos, B.C., submitted 14 different wines to the 2012 Wine Access awards and walked away with prizes in every category. It was enough to place Nk’Mip (pronounced IN-ka-meep), No. 1 in B.C. and second in Canada. It’s the kind of portfolio consistency Picton has worked toward since being recruited in 2002 when Canada’s first Aboriginal-owned winery went into business.

It’s been a great fit. Winemaking was a logical step for the Osoyoos Indian Band, which has tended vineyards on its arid lands since the late 1960s. The winery is now the centrepiece of a destination resort and superb cultural and desert-interpretation centre. The success of Picton’s team has grown alongside. “He’s clearly got the gift for it,” says John Schreiner, author of the Okanagan Wine Tour Guide. “If Randy wants something special, [the band] will do it for him.” Some of its vineyard rows run east-west, for instance, with grapes on the sunny south side ripening first. Picton, the perfectionist, asked the band to harvest only the south side, then return days later when the north hit its peak. Picton chuckles, recalling the long pause on the phone as the vineyard team contemplated the added cost and trouble. But they agreed; it’s now standard procedure.

Picton’s blue-collar roots match the band’s no-nonsense work ethic. He spent 10 years slinging a chainsaw before going back to school to study wine. “I think it’s good to be grounded. I don’t like to see a lot of pretense put into wine,” Picton says. He enjoys making and drinking fine wine, “but I think it can get a little stuffy sometimes.” Not one to put on airs, he’s confident his wines speak for themselves.