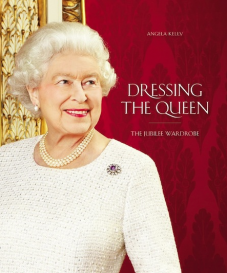 Want to dress like a queen? Then Dressing the Queen: the Jubilee Wardrobe is a must-have guide. And before anyone asks, the 86-year-old monarch isn’t shown getting a fitting and no, it doesn’t reveal her measurements. This is an authorized peak behind palace walls revealing how Elizabeth II’s wardrobe is created.

The book, published to mark the Queen’s 60th year on the throne, was written by and stars Angela Kelly, who started at Buckingham Palace as one of the Queen’s dressers in 1994 and is now her “personal assistant, adviser and curator, responsible for the Queen’s wardrobe, jewellery and insignia.” She isn’t the only one working on the Queen’s wardrobe. There are assistant dressers, dressmakers, a milliner and so many more. The attention to detail is mind boggling for those of us who struggle in the morning to find an ironed shirt that matches a skirt. But then the Queen doesn’t have an ordinary job. And with 300-plus engagements each year, she’s always the centre of attention. So every time a hat or coat is worn, the particulars of each event is recorded in a spreadsheet so the next time she visits a city or an organization, the Queen doesn’t wear the same outfits or colour range.

While other royals buy couture in salons, the Queen never goes shopping. Everything comes to her. And in recent years, Kelly and her team have set up their own design salon in the palace, to cut costs and avoid the faux pas of someone else wearing the Queen’s outfit to the same event. For the Diamond Jubilee year, Kelly went trawling through a stock room stuffed with fabrics either given as gifts or bought on overseas visits. Some date back to 1961.

Special events demand special clothing. The Queen’s evening gown for her historic visit to theRepublic of Ireland in 2011 featured more than 2,000 silk shamrocks, sewn on by hand. And Mi’kmaq women hand-beaded a gold two-piece outfit the Queen wore during her 2010 tour of Canada.

While the details are interesting—older gowns are packed in black tissue paper to stop metal threads from tarnishing—Kelly isn’t giving away any secrets. What elevates this book from intriguing to jaw-dropping are the pictures. There are hundreds of them, showing dresses and hats being designed and made. There are a rainbow of trademark umbrellas, each transparent-banded with a coloured edge, so the Queen can coordinate her rain protection to her outfit; elaborate evening gowns carefully laid out in huge shelving units; outfits for a royal tour being analyzed and packed. 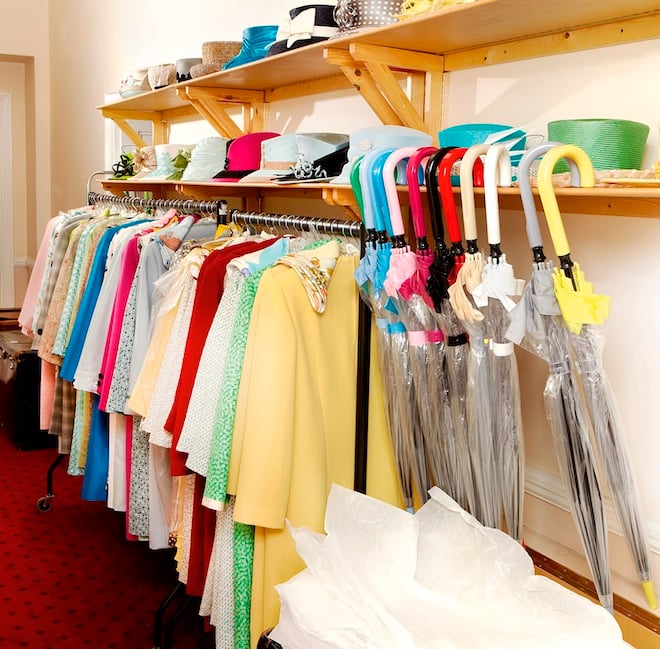 And then there are the jewels. The Queen can wear more diamonds than anyone else on the planet and has a seemingly inexhaustible supply of brooches, necklaces and tiaras. In a series of pictures, Kelly is shown swapping out 15 pendant pearls for emerald drops on the interlocking diamond circle tiara that once belonged to Grand Duchess Vladimir, aunt of Tsar Nicholas II. Each drop has its own bag, carefully ID’d with its location on the tiara. There are suits of diamonds, pearls and aquamarines, not to mention her sapphire tiara, necklace and other jewels in the lace-covered trays that were handsewn by Queen Mary, the present Queen’s grandmother. 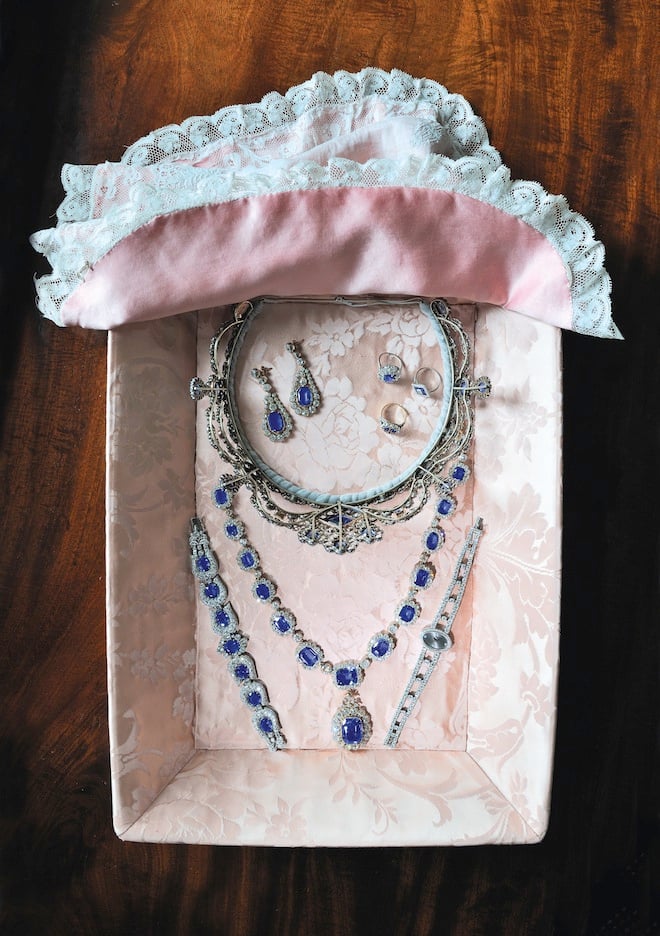 Sure, the clothes aren’t to everyone’s taste—those for the four-day Diamond Jubilee weekend were loaded with bling—and given they’re designed for an 86-year-old, they aren’t the height of fashion, but no one can doubt that they are regal. Ask anyone what a queen’s outfit should look like and the same answer will come back time and again: a bright coat and dress with matching hat or a sparkling evening gown with matching tiara and jewellery.

That’s because for most of the world, Queen Elizabeth II is simply the Queen. 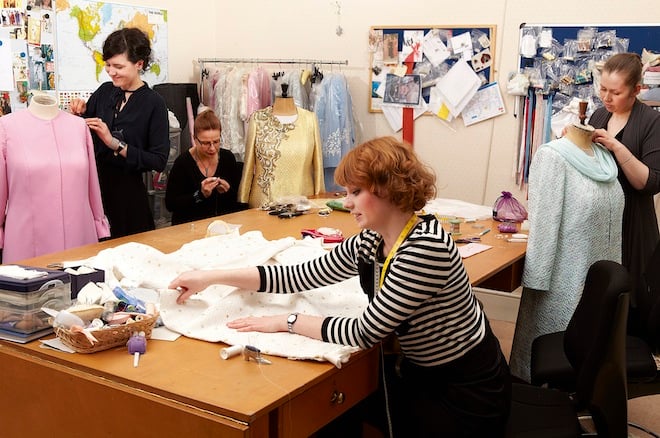 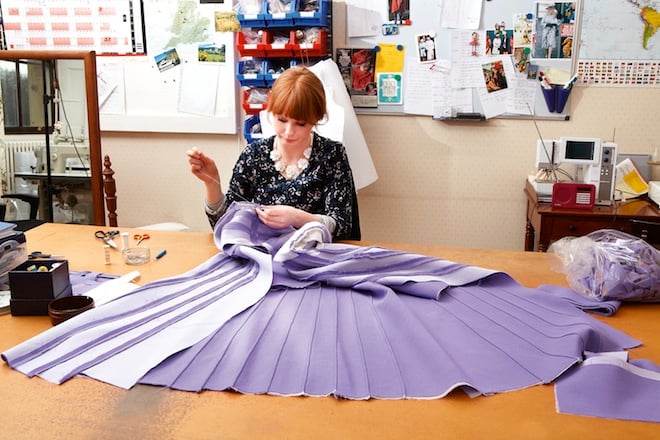