Cover story preview: A new wave of young women is fighting back against social stereotypes. Underestimate them at your peril. 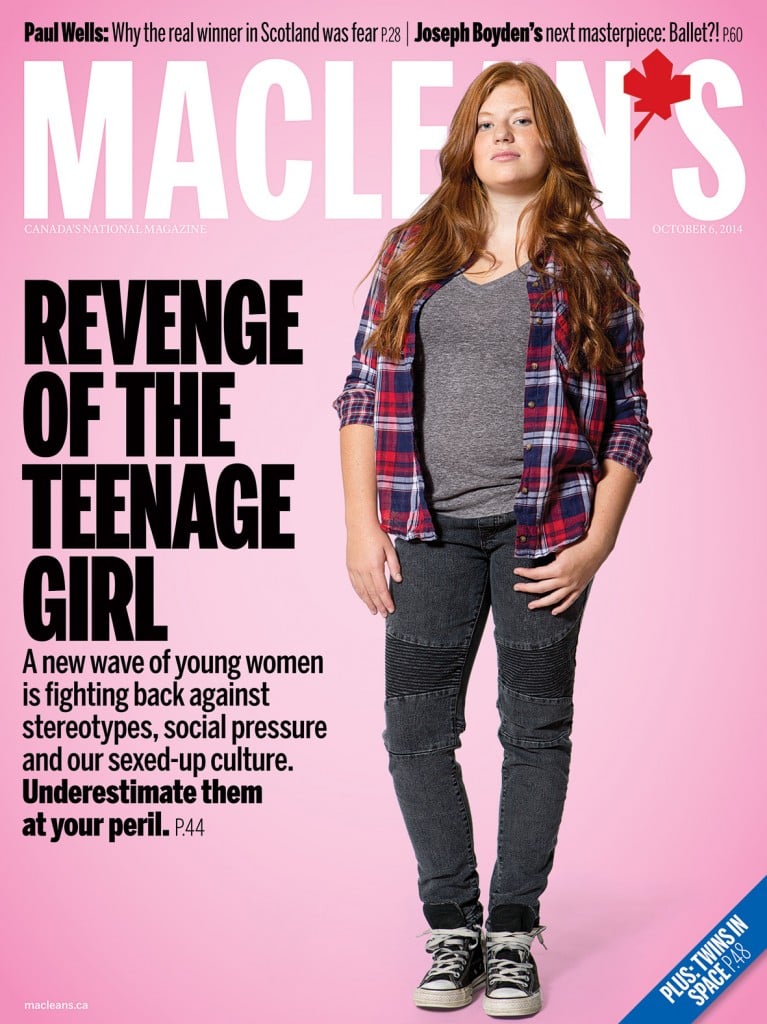 When the British actress Emma Watson stood in front of the UN last week explaining how she became a feminist at age eight, she was speaking for thousands of girls and young women advocating for social and political change around the world. It’s activism inspired by Malala Yousafzai, the 17-year-old Pakistani activist fighting for the education and rights of girls in her country and 18-year-old American Tavi Gevison, who began blogging at 12 and now explores the convergence of feminism and pop culture in her magazine Rookie. Enabled by and empowered by the Internet, this new generation is taking on dress codes, minimum wage, street harassment and a culture and entertainment complex that sexualizes, marginalizes, and “slut shames” young women—while using “girl power” as an advertising mantra. And they’re succeeding: Spark Summit, an international activist group with members aged 13 to 22, forced Seventeen magazine to stop Photoshopping its models.

In an age in which feminism is controversial, even reviled, young women are redefining it. Teenage activism isn’t new but it’s been given cultural imprimatur by the likes of Lena Dunham, of Girls fame, and Amy Poehler, co-creator of the online forum and web series, Smart Girls at the Party: Change the World by Being Yourself. This week, prominent British feminist Caitlin Moran published a coming-of-age novel, How to Build a Girl, intended to foment revolution. As Moran tells Maclean’s, the book is intended as an antidote to the depiction of young women in a culture in thrall of 50 Shades of Gray: Moran’s 14-year-old protagonist, Johanna, is plain, fat, poor, lonely, keen to lose her virginity and escape her impoverished town. But she’s also smart, funny, in control of her sexuality—and the hero of her own story. The fact that Johanna is a cultural oddity reflects a need for change, one Moran sees happening. “This is without question the best time to be a girl in history,” she says.

Read more in our cover story, available in our tablet edition, on newsstands tomorrow, and online this Saturday.

Caitlin Moran is an acclaimed columnist for the Sunday Times and the author of How to Be a Woman and the newly published How to Build a Girl. She’s also famously funny. Maclean’s asks her five questions.

FILED UNDER: Caitlin Moran feminism How to Build a Girl