He groomed purebred dogs as a child, and later golf courses. He cleaned his Lincoln cars with a toothbrush. ‘He was immaculate.’ 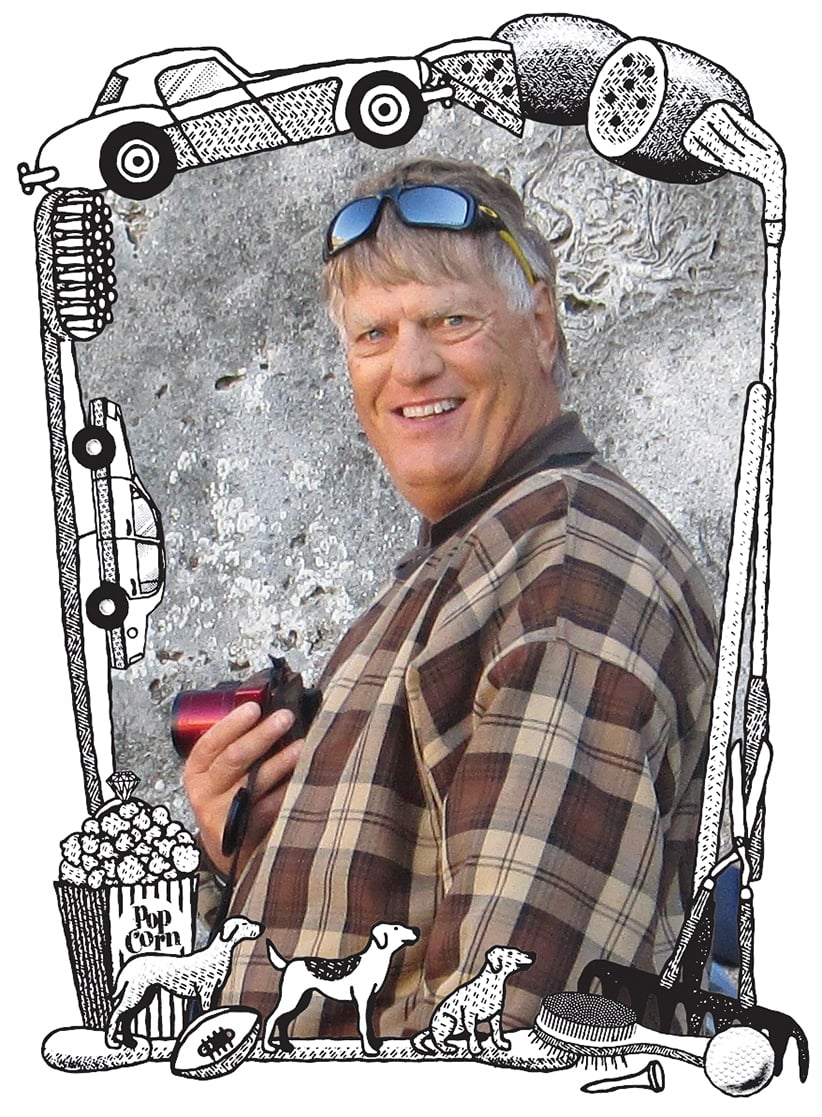 Richard Tomlinson was born in Toronto on Sept. 10, 1948, to Jackie, a stay-at-home mother, and Peter, a Second World War veteran who ran a catering business. Rick had two younger sisters, Roxanne and Jacqueline.

By the time Rick could tie his shoes, he was also varnishing them. With his father catering to Toronto’s elite, and his uncle competing in dog shows, Rick refined his etiquette early. He groomed purebreds, cleaning their ears with Q-tips and treating their pains with baby Aspirin. “He went above and beyond with them,” says Jacqueline.

In high school, Rick devoted himself to his girlfriend, Wendy Austin, and his sports car, an Austin-Healey. He took road trips to Florida, once trying to import cheap watermelons back to Canada for profit, although border guards emptied the fruit-filled convertible. He would keep his car clean with a toothbrush. “I thought he was a Saudi prince or something,” says Doug Purdy, a teenage friend. When Rick went to the beach with Wendy, they wore matching swimsuits.

Rick studied veterinary science at the University of Guelph for two years, but returned to help his father cater in Toronto (once, to the Queen). He also sold tents and sleeping bags at Woods, an outdoor outfitter, where, one day, he became disoriented and speechless. Rick, at 23, had suffered a stroke. At the hospital, doctors gave him a new, plastic heart valve. The operation required a transfusion of four litres of blood.

“I wish I knew you,” Rick said one day to Diane Musgrove, a neighbour at his cottage in Sturgeon Lake. He invited her to dinner and, that year, asked her father for her hand in marriage. He bought a diamond ring, took her to a movie and snuck the ring into her box of popcorn. “I think he was praying that I didn’t eat it,” says Diane.

Rick ran the catering business for six years, then studied horticulture to become a groundskeeper at a golf course in Dunsford, Ont., while Diane worked as a bank manager. Beginning in 1992, Rick raked the sand traps, pruned the hedges and groomed the greens with great care. During his own games, he wore designer shirts and Ralph Lauren cologne. “If you dress like a slob, you’ll play like a slob,” he would say, as Jacqueline recalls. “He was immaculate,” she says. Rick took his home life equally seriously. His “man cave” held artifacts categorized by sport. He fancied music and cooking—Meat Loaf but not meatloaf—and owned a series of six Lincolns, in which he required passengers to wear slippers. He would scrub the windshield en route. “If he got a smudge, he’d be shining it out,” says Diane.

Rick helped raise his niece, Brianne, who lived nearby, and whom he prepared for school each morning with math drills. When he later met her boyfriend, a world traveller, he had a fatherly suspicion the man was a spy. During family football pickups, Rick coached Brianne to sprint with the ball tucked under her arm. “He was just in the zone,” says Brianne. “I think even if someone’s pants fell down, he wouldn’t even crack a smile.”

In 2003, Rick got a blood test as part of a routine prostate exam. He discovered that the blood transfusion, received three decades earlier, had been contaminated with hepatitis C. Rick began biweekly commutes to the Toronto General Hospital. “He just did not feel sorry for himself,” says Diane. The treatment didn’t work, and the virus attacked his liver, leading to cancer. In 2009, doctors said his life would end in one year, but a new liver could extend it to three. No livers were available, and none of his family members qualified to donate, except for one: Brianne. She volunteered, and Rick reluctantly accepted. When Rick awoke after the operation, he dragged his IV drip to her operating room and ensured she was all right. “He wasn’t taking anybody’s word for it,” says Brianne.

Cancer-free for three years, Rick continued working at the golf course. In 2014, the hepatitis C led to cancer in his new liver, and Rick could no longer mow the lawn. In August 2015, he walked Brianne down the aisle at her wedding, reminding her at the altar, “You know, it’s not too late for you to change your mind.”

In May, Rick spent a week in the hospital due to vomiting. At home on June 5, dazed by pain medication, he began making noises that suggested pain. Diane, Brianne and Roxanne drove him to the hospital, where he died the next afternoon. He was 67.