A happy-go-lucky child, he fell into drugs as an adolescent. After hitting rock bottom, he discovered yoga and a new love of life. 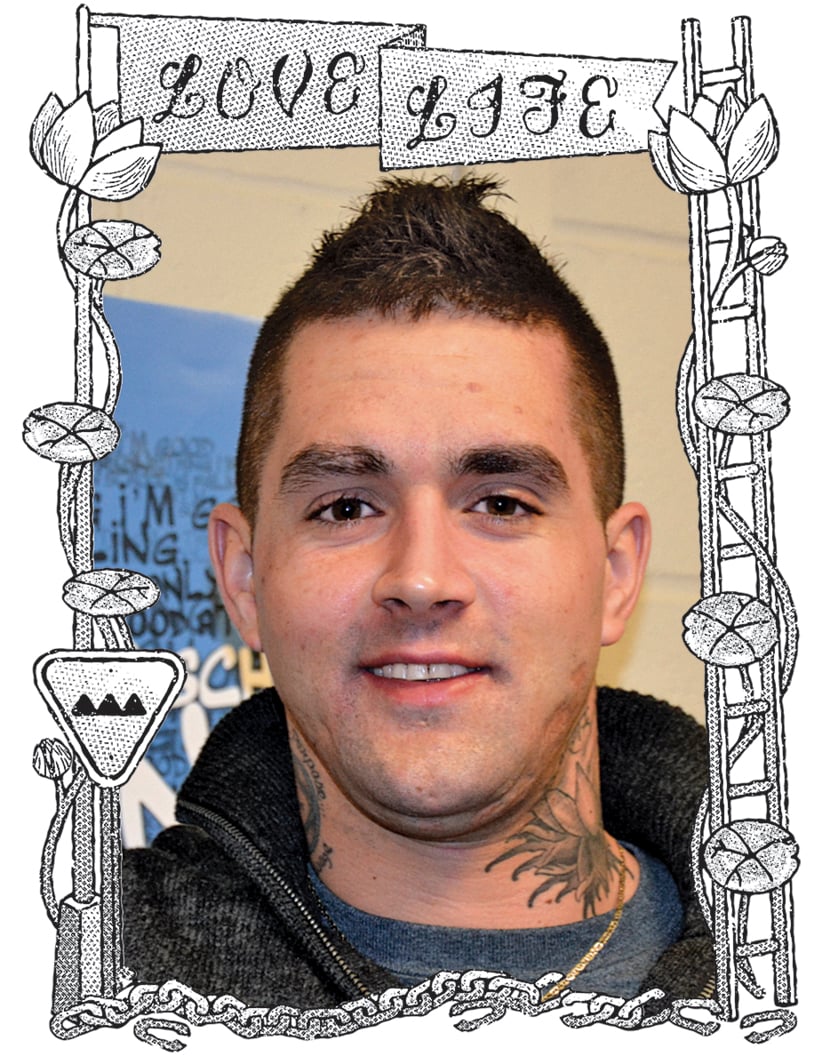 Ryan Patrick Gillis was born on May 1, 1984, in Sydney Mines, N.S., the second of four boys born to Eileen, a nurse, and Bernard, a trucker for a mining company. The family’s home was a short bike ride from Lochmond’s Beach, where Ryan and his brothers, Jeff, Liam and Steven, learned to swim in the Atlantic Ocean.

Ryan was an athletic, “happy-go-lucky boy,” playing baseball and hockey with the neighbourhood kids, Eileen says. His father recalls that he was never hesitant to share his toys. “I would buy Ryan a new bicycle, and he would give it to his friends to ride,” Bernard says.

Bernard and Eileen divorced when Ryan was 11, splitting custody of the boys: Jeff and Steven lived with their dad, while Ryan, Liam and their mother moved out of the family home. Hurt, confused and on the cusp of adolescence, “Ryan was lost,” Jeff recalls. “We all were, but he was at that age that it really got to him.”

Ryan fell in with the wrong crowd as he entered junior high, smoking marijuana and drinking on weekends. Never a fan of school, Ryan dropped out at 17 and set out across Ontario and Western Canada, working and losing various labour jobs, as his drug use escalated from weed to crack cocaine and heroin.

In May 2006, after not hearing from Ryan for several months, Eileen flew to Fort McMurray, Alta., and put up posters in every downtown shelter and hotel in the hope of finding her son. When she spotted him in a hotel lobby, Ryan ran away. “He wouldn’t come with us,” Eileen says. Ryan eventually agreed to return home for treatment, but it didn’t last. Before long, he was back out West, living on the streets of Vancouver’s Downtown Eastside.

When his family bought him a plane ticket home in 2010, they barely recognized him at the airport. “He was emaciated,” Eileen recalls. As he began another cycle of detox and rehab, Ryan’s family often had to close the door on him. “I said, ‘Ryan, I’m sorry, I have to say no to you. All I have is love for you. That’s all I can give you,’ ” Eileen says. Alcoholism and drug abuse plagued many families in Sydney Mines. By 25, Ryan had carried the caskets of three friends and lost several more friends and family members to drugs and alcohol.

On the night of Oct. 4, 2012, then on the streets of downtown Halifax, he finally hit rock bottom. He had been in detox 50 or 60 times by his own count, and thought, “God, I can’t do this anymore,” he later told his childhood friend Jason LaFrense. With the support of his family, Ryan enrolled in a 12-step program in Halifax and took up yoga under his cousin Amanda. Through the daily practice of exercise and discipline, Ryan became muscular and flexible. He got “Love Life” tattooed on his knuckles, a marked change from the insecure, angry young man he had been for so long. “He finally loved himself,” Jeff says.

In the spring of 2013, as he became stronger in his recovery, Ryan teamed up with Jason, a videographer, to make a film titled Love Life, aimed at local youth. It told his story of addiction and recovery through yoga. “Once I released the video, the next day, he had to charge his phone three times” because of the volume of incoming calls, Jason says. As Ryan’s story spread through Nova Scotia, area high schools lined up to have him speak, with teachers amazed at his ability to control a room of 300 teenagers.

In May 2013, Ryan was among six members of his recovery group picked for a two-week trip to Tanzania to share his story. “We knew that he was where he was meant to be—body, mind and soul,” Eileen says. “He was back, as a brother, as a son, as a friend. He reached out to all his friends who needed help.”

Last spring, he purchased his first car, which he drove right over to Jason’s house to show off. “He was so proud of it,” Jason recalls. “It was the first thing he owned of any value.” The car’s licence plate read: Love Life. With several speaking gigs lined up for the new school year, Ryan drove out West for the summer, working as a pipefitter to save up money in the hope of returning to Tanzania. “He had more than nine lives,” Jeff says, and was finally building himself a solid one.

On the morning of Aug. 19, Ryan was driving to work near Sherwood Park, Alta., when he lost control of his car and veered off the road. The vehicle rolled, ejecting Ryan from the car and killing him instantly. He was 30.