The little girls in the photograph are wearing matching military-style overcoats and Cossack hats. Their faces are half hidden, but the smaller one is clearly giggling under her gas mask. They are students at the Moscow Girls Cadet Boarding School No. 9, an elite military academy opened in 2004, the first in Russia for girls. It is a free, state school with 300 pupils, age 11 to 16, most of whom are from military or police families.

Along with the usual math, science and history, students spend six days a week learning military strategy, marching, self-defence and marksmanship. And they can strip down an AK-47 “in the time it takes most kids to send an SMS,” says photographer Sergey Kozmin.

It’s a strange cross between a military academy and a charm school: the girls are also required to spend their evenings taking courses in cooking, sewing, singing and dancing. Not every student pursues a life in the military. By graduation a girl has not merely been trained to serve her country as a soldier, but, says headmistress Viktoriya Silenskaya, as “a loving mother . . . and skilled hostess. 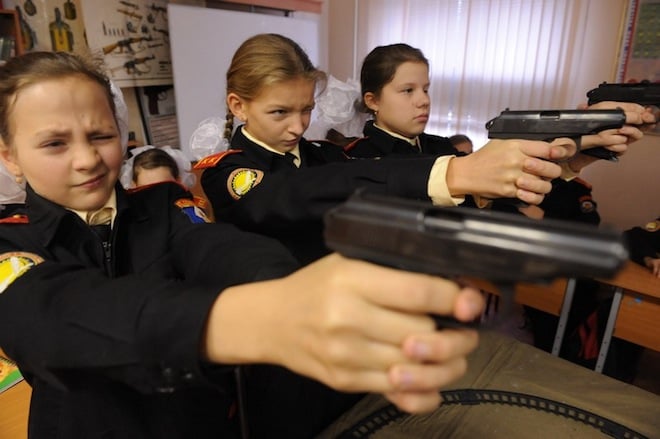 The girls practice shooting with special electronic guns (there are no bullets in the classroom). 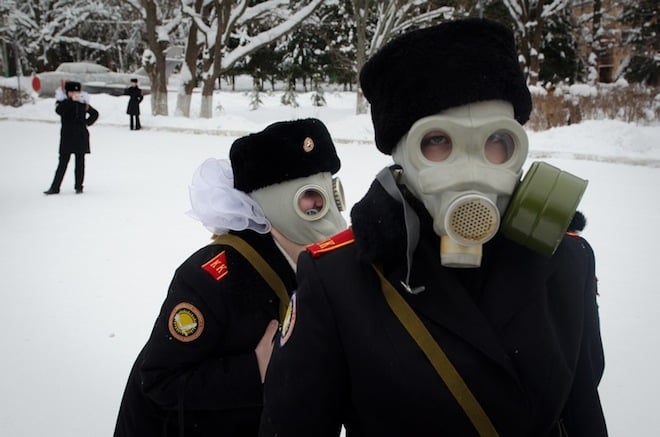 Sometimes training gas alerts are announced to train the students to respond confidently in an emergency. 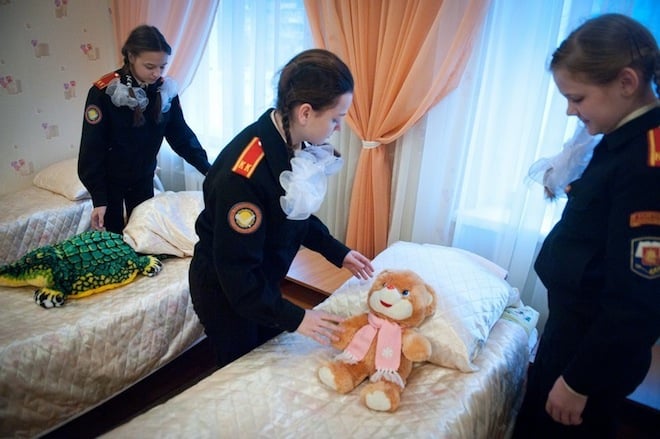 At 7 a.m. the girls make their beds and prepare for classes. They start the day with physical exercise and end it in the evening ironing their uniforms. 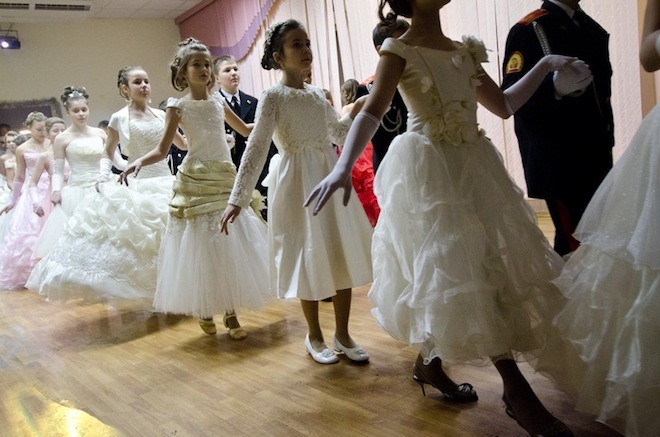 A traditional Russian winter ball at Christmas provides a rare opportunity to meet boys from a nearby school and try out dance moves learned in class. 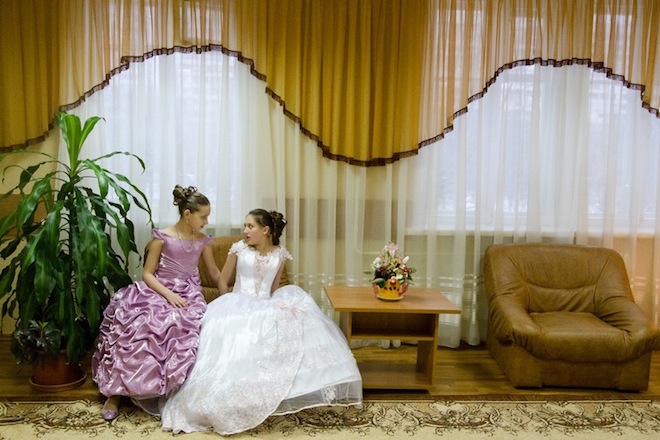 The Russian winter ball takes place every year after Christmas. 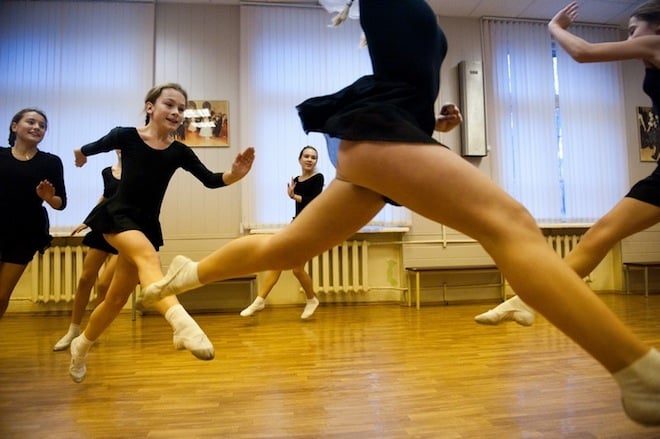 At the end of each school year each class must organize a performance to show what their pupils have learned. 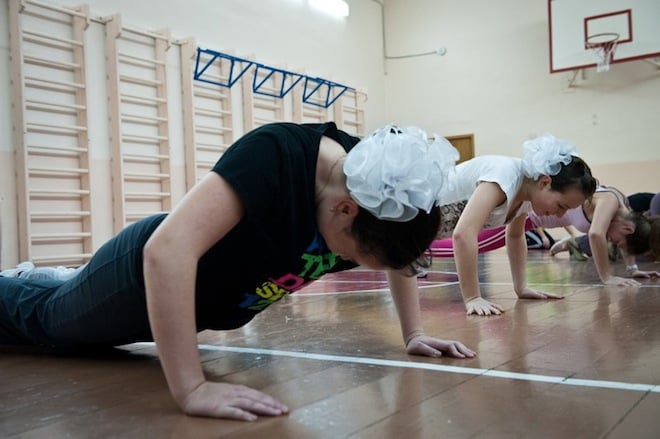 If the performance is not impressive the teacher can lose her job at school. 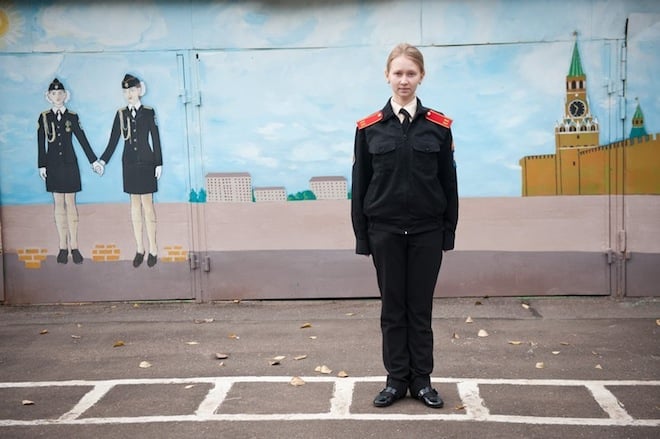 Thirteen-year-old Vasilisa, a student of the Cadet Boarding School.