Tiger Woods, ABBA and Conrad Black are back in the spotlight

After he was forced to cut short his 2012 season due to recurring knee problems, many predicted Rafael Nadal’s career was over. Instead, he came blazing back this year to reclaim the top spot in tennis. The 27-year-old Spaniard finished the year with 10 titles, including the U.S. and French Opens. A rare loss to Novak Djokovic in the Tour Finals in London was hardly enough to dampen his spirit. Guess someone has been eating his Wheaties.

Former South Carolina governor Mark Sanford flamed out in 2009 after claiming he had hiked the Appalachian Trail when he was really visiting his mistress in Argentina. His surprise run for U.S. Congress seemed destined to fail. Republicans cut off funding for his campaign. Pornographer Larry Flynt endorsed him as a “sex pioneer.” His opponent was the sister of comedian Stephen Colbert. But as campaign narratives go, Sanford’s redemption story was a winner. Introducing voters to his mistress, now his fiancée, he declared: “I am an imperfect man saved by God’s grace.” And by the voters, who elected Sanford in May. 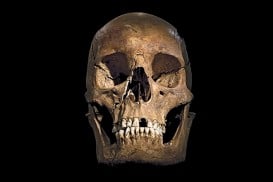 The skull of Richard III (University of Leicester/Reuters)

In February, archeologists confirmed they had unearthed the remains of King Richard III below a municipal parking lot in Leicester, England, more than 500 years after his death in the Battle of Bosworth. Scientists reconstructed a life-sized wax figure of the last Plantagenet king, which went on a national tour ending at Leicester’s new Richard III visitors’ centre. A battle over where to inter his remains is in the courts. Performances of Shakespeare’s Richard III have sprung up in theatres across the U.K. Welcome back, m’lord.

At age 90, the world’s most famous diplomat shows no signs of slowing down. Having helped open China to the West 40 years ago, Kissinger was back in Beijing in June, meeting with Premier Li Keqiang. The guest list for his 90th birthday party included Barbara Walters, Oscar de la Renta, the Clintons and Condoleezza Rice. And a video of Kissinger dancing to Daft Punk with Stephen Colbert went viral, helping to introduce the architect of Cold War foreign policy to the YouTube generation. 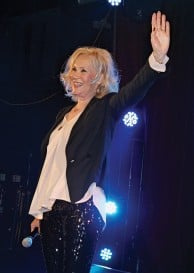 ABBA fans had pretty well accepted that the Swedish superstars, who broke up in the early ’80s, would never reunite. Then reclusive singer Agnetha Fältskog released a new single this year, following it up with her first stage appearance in 25 years. “It’s something we’re thinking about,” she told a German newspaper when asked if the quartet would consider a reunion tour to mark the 40th anniversary of their debut hit, Waterloo, in 2014. Time to dust off those bell-bottoms.

The former Chinese Communist party chief of Chongqing was sentenced to life in prison for corruption in September for his wife’s role in the murder of a British businessman. After his appeal was denied in October, Bo’s left-leaning supporters launched a political party, a rare and dangerous move in a country where opposition parties are illegal. The Zhi Xian party, which translates to “the constitution is the supreme authority,” has named Bo its national chairman for life.

American home prices had their best year since the housing market crashed and sparked the global recession in 2009. Prices are up 12.5 per cent across the country and as much as 40 per cent in some cities. Bidding wars have returned, as low interest rates and a slowly improving economy encourage new buyers. Some warn that America is witnessing a new housing bubble, while others argue that prices had fallen so low, they had nowhere to go but up.

For a tale of poverty and war, Les Misérables sure is a crowd-pleaser. A reimagined version of the musical based on Victor Hugo’s 1862 novel debuted in Toronto this year. Anne Hathaway won an Oscar for her role in the blockbuster Hollywood film version. Fox is reportedly working on a television series based on the epic story. In the clearest sign of a revival, more than a decade after its last New York performance, the show is set to return to Broadway next year.

Golf’s golden boy turned prodigal son has struggled to recover his game since a 2009 sex scandal tore apart his marriage and destroyed his squeaky-clean image. This year, he won five PGA tournaments. Although he failed to win a major championship, public appearances with both his young son, Charlie, and new girlfriend, alpine skier Lindsey Vonn, were important moments as he works to rebuild his image as a golf superstar and family man.

After nearly a decade without a new album, David Bowie released The Next Day in March, topping the charts and receiving with critical acclaim. The British pop legend cemented his comeback by singing backup on Arcade Fire’s new album and was the subject of a travelling exhibit from London’s Victoria and Albert Museum, which stopped in Toronto this fall. Fans hoping to break out their Ziggy Stardust costumes will be disappointed, however. Bowie has no plans for a tour. 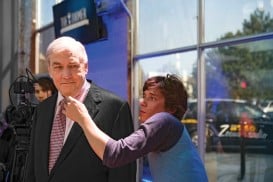 Out of prison and back in Canada, the former media baron is remaking himself as a TV populist. His talk show aimed at Baby Boomers, The Zoomer, debuted on Vision TV in the fall. Now 69, Lord Black of Crossharbour insists he’s personally familiar with the financial pressures facing Canada’s aging population. “Ten years of persecution hasn’t really affected my standard of living that much, but my net worth has declined, so I’m in rebuild mode at an age when most people are retiring.”