It was a good year for Daft Punk, Naheed Nenshi and the rest of these newsmakers

In his 20th year as commissioner of the National Hockey League, Bettman emerged more powerful than ever from a brutal five-month lockout. Despite calls for his head over the work stoppage, the former NBA executive helped push a deal through with the very simple tactic of removing himself, and his talent for creating controversy, from the collective bargaining sessions. The season was then played with no decrease in fan interest or TV ratings. 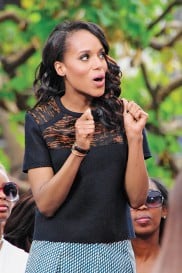 She’s the only black woman starring in a major American TV series who has managed to last more than one season. Her growing fame from the movie Django Unchained even turned the drama Scandal into a breakout hit in 2013, making Washington one of the few TV stars to gain popularity in an era of rapidly declining ratings.

Nothing boosts an author’s profile like an award, and Canada’s leading short story writer got the big one in 2013, becoming the first Canadian to win the Nobel Prize in Literature. The legendary prize brought new attention to the 82-year-old author and her books, and raised the possibility that she might come out of her self-imposed retirement: “I have promised to retire,” she told the Wall Street Journal, “but now and then I get an idea.”

His landslide victory in the election for mayor of New York not only made him the city’s first Democratic mayor in 20 years, but the first candidate in years to win on a platform of unapologetic urban liberalism. Vowing to end “stop-and-frisk” and other policing tactics of the Giuliani and Bloomberg administrations, de Blasio provoked warnings that he’d bring the city back to the dark days of Taxi Driver and Death Wish . . . and he won anyway. 1970s nostalgia is still big. 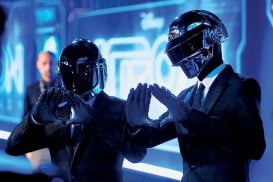 This French music duo, they of the robot helmets, may indeed be daft punks, but they’re successful punks: their album Random Access Memories took them to No. 1 on charts all around the world, thanks in part to arguments over what the lyrics were in one of the hit songs: Was it “We’re up all Mexican lucky?” No, it was “We’re up all night to get lucky.” They certainly were.

Actually, the real winner may have been Star Wars, which finally proved itself the more prestigious of the two big nerd franchises: Abrams, who had been directing the Star Trek movies, jumped ship when he was offered the chance to take over the new, Disney-owned Star Wars movies. He dismissed the writer and is now rewriting the script himself, meaning fans can give him almost all the blame when the movie comes out in 2015.

He’s only a freshman senator, but in 2013 he managed to make himself one of the most powerful conservatives in America. Cruz, who was born in Canada and graduated from Harvard, is such an opponent of socialism and elites that he led the fight to shut down the government, winning the Values Voters straw poll and becoming a Tea Party favourite for president in 2016. And unlike his father, Rafael, he’s never said Obama should “go back to Kenya.” 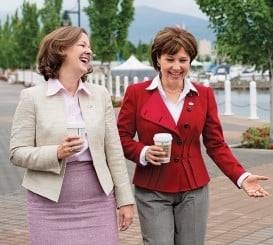 The province with less oil doesn’t always lose. Clark, the premier of British Columbia, seemed to get the agreement she wanted in working out a framework for building an oil pipeline between her province and Alberta. Before she would sign on to Alberta Premier Alison Redford’s plan, Clark held out for five conditions that would guarantee a “fair share” of revenues, and got them, though she had to agree not to ask for a piece of Alberta’s oil royalties. Some things are sacred.

Scottish tennis players have come a long way since Monty Python did a sketch about the nation’s inability to play the game. Murray, from Dunblane, not only won Wimbledon, beating his frequent opponent Novak Djokovic, he was the first British man to win this British tournament since 1936. And he won despite recurring back trouble, which led him into surgery not long after his Wimbledon victory.

He’s the guardian of the literary history of Timbuktu, watching over a family collection of more than 40,000 original manuscripts. During the jihadist takeover of the Malian town, Haidara led the fight to preserve the manuscripts from destruction, hiding them and moving them from place to place until the book-burning threat was over. “It is a heavy burden,” he told Harper’s magazine. “It has aged me.” 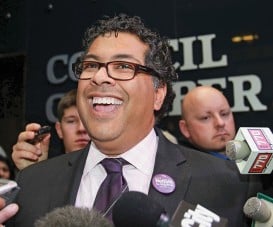 The Calgary mayor almost literally became Superman after his leadership role in getting his city through a devastating flood. Using all the modern tools of communication and a hands-on management style, he was credited with helping boost morale during the disaster. The former underdog emerged with the nickname “Supermayor” and his face plastered on posters of the title character from Man of Steel. Making him, not Ms. Marvel, the first Muslim superhero.