Stepping up his game: A history of men in heels 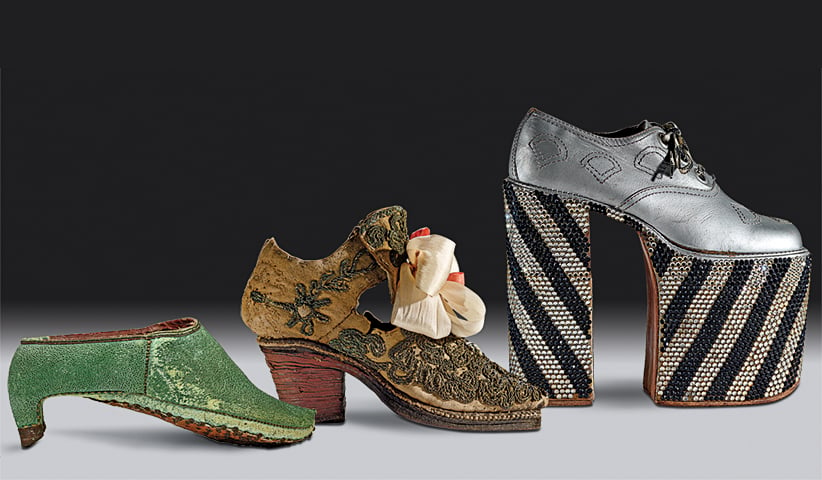 “He loves high heels.” These four words made up the splashy headline People magazine decided to run for its recent cover story on Bruce Jenner. Landing on newsstands a week after the former Olympian’s Nielsen ratings-topping 20/20 interview (17 million viewers), the magazine took the opportunity to call out Jenner’s preferred footwear before acknowledging his decision to come out as a transgender woman. An upcoming exhibition at Toronto’s Bata Shoe Museum, Standing Tall: The Curious History of Men in Heels, aims to clarify why that headline may say a lot more about us than the Kardashian patriarch.

Opening May 8, the show argues that the rules of gender have changed through history. It illustrates that via a showcase of some staggering footwear, including Elton John’s eight-inch high platforms from the ’70s, a bullet-punctured pair of Civil War boots, an elevated Persian military shoe belonging to a 17th-century soldier—said to be the first traceable heel.

To make parallels between women’s fashion and social change is nothing new—women’s fortunes have long been reliably measured by hemlines, bust sizes and waistlines. However, this ankle-high view of style from a men’s perspective is covering new ground by suggesting that political fashions are often connected to blurring gender lines.

There are lots of studies of height equity, and how men six foot two and over tend to be CEOs, notes Elizabeth Semmelhack, the Bata exhibit’s curator. “So men could benefit from the artificial lift of a six-inch Louboutin,” she says. A man in Choos wasn’t always seen as something taboo or part of some distant counterculture. But, says Semmelhack, “as the 18th century progressed, a lot of discussion of what constitutes a real man and what is known as artificial masculinity started to take place. Louis XIV wore heels for years as a signal of his regal taste, and by law only members of his court were allowed to wear red ones. Only later, during the Enlightenment, was the heel relegated to women. “It became a signifier of irrationality,” Semmelhack says.

In modern politics, height is tied to great rises and falls in profile. “There is a reason Ronald Reagan—who was a darling of the right because he played cowboys in Hollywood and ranched—was so loved,” says Semmelhack. “There is something about someone like him who often wore cowboy boots with a heel. They speak to conservative values related to rugged individualism and freedom.” On the other hand is former French president Nicolas Sarkozy, who struggles with his five-foot-five stature. “Sarkozy is so wildly criticized when his business shoes have a slightly higher heel than everyone else around them,” she says. “We are talking millimetres, and yet he’s chastized for this extravagance and his masculinity is questioned.” 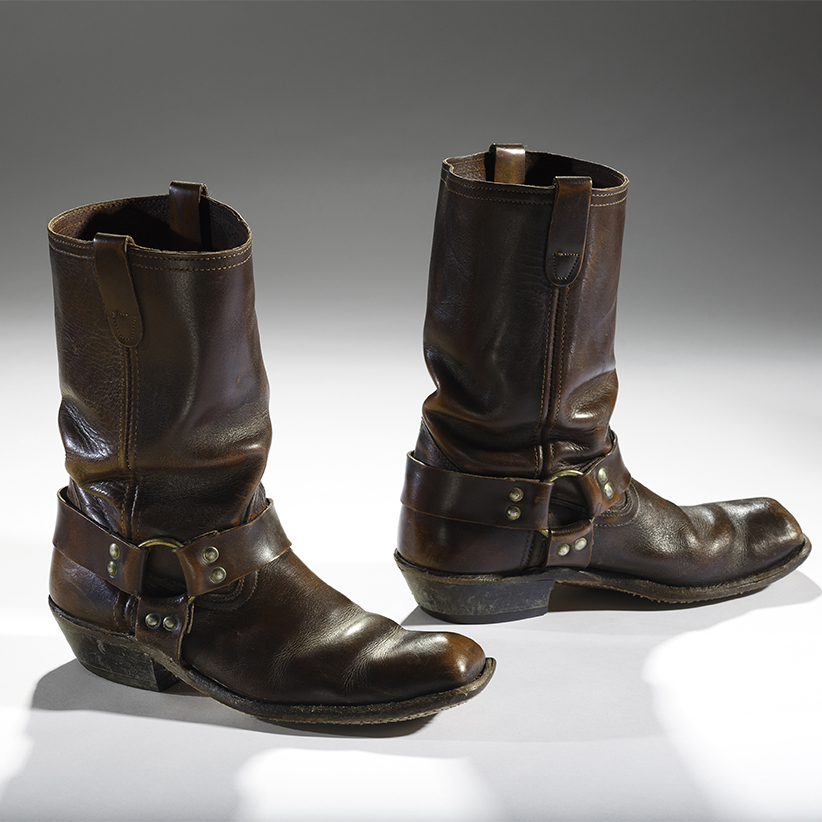 The heeled biker boot, or engineer’s boot, became popular with bikers after the Second World War. Groups of young veterans began to gather together, drawn by their mutual love of motorcycles and, by the late 1940s, biker clubs were being established throughout North America. The biker offered an updated version of the cowboy, and his sartorial codes, likewise, indicated unfettered freedom. (Ron Wood/Bata Shoe Museum)

The Bata exhibit could not have come at a better time, says Ben Barry, a professor in Ryerson University’s fashion program. “It’s part of a bigger conversation about gender we are all having.” The symbol of the heel is scary for many men, Barry notes. But a shift may be afoot. Campaigns such as Walk a Mile In Her Shoes (a march where men are encouraged to wear women’s shoes to bring awareness to sexual assault), are destigmatizing the notion of men in heels, albeit in controlled settings. Viral sensation Yanis Marshall, whose high-heeled choreography has gained more than 20 million clicks on YouTube, has similarly brought some respect to mastering the art of stomping around in stilettos. The flurry of recent Tumblr sites such as MusclenHeels, dedicated to ripped guys wearing women’s shoes, stands to turn the tables on gender norms.

Barry cites the rise in trans models and gender non-conforming fashions as beacons of progress. Gucci’s fall runway collection included blousy pieces that could easily be from its women’s line. “Feminine footwear,” notwithstanding Dutch male model Jelle Haen recently strutting down Proenza Schouler’s runway in heels, is the last frontier. Semmelhack doesn’t see why it should be. “Many men who are nervous about heeled footwear should be challenged. I would ask them: Why do you laugh at dressing like a woman? It’s a very profound question.”