He was pedalling a BMX bike at two and was an elite mountain bike racer by 15, with plans to be No. 1 in the world. 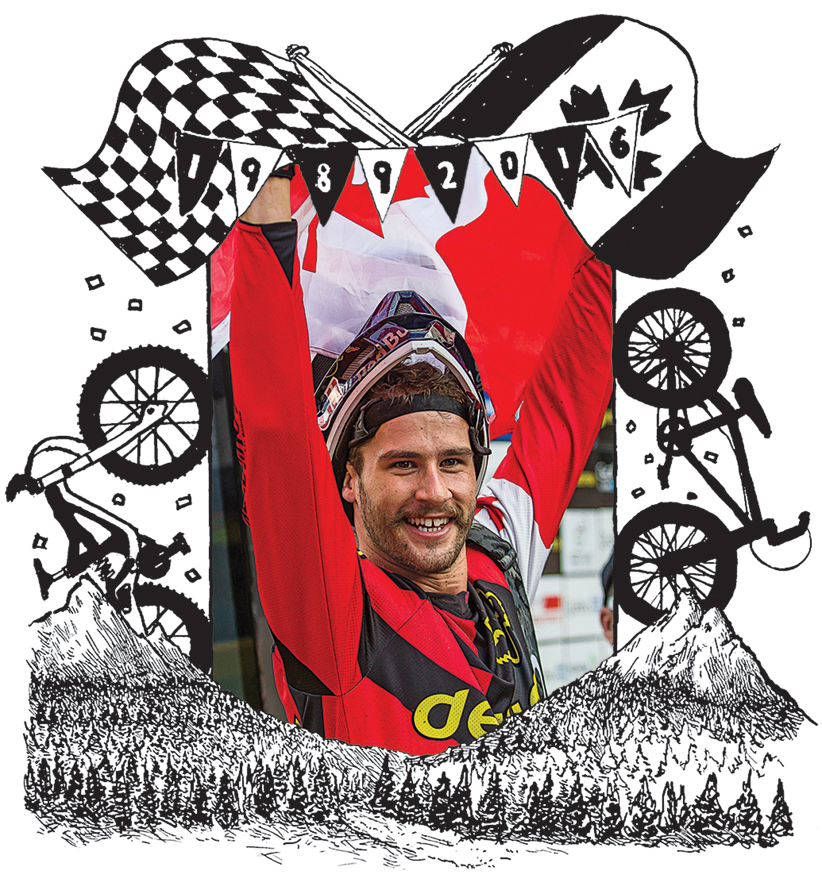 Steven Beau Smith was born on Nov. 25, 1989, in Nanaimo, B.C., to Tiann, a waitress who later became a teacher. His father left before he was born. Tiann raised Steve and his older sister Kara in a trailer home on an acre of land she bought in the village of Cassidy, 15 km from Nanaimo.

From the get-go, Steve never stopped moving. At two, he got a tiny BMX pedal bike. He rode on his own, and Tiann says she “never had to give him a push.” Steve did many things on his own early on. He got an electric drill at five and loved hammering things together. For Tiann’s birthdays, Steve would spend days making her gifts like picture frames or bowls made from clay he’d dug up in the woods.

One day, when Steve was nearly five, Tiann desperately needed a sitter for him. She called on friend Bill Monahan, a commercial fisherman with a passion for bikes. Steve was “interested in everything with wheels,” says Bill. They rode gnarly trails together, fished, camped and, just for fun, says Bill, sometimes “we’d go drive my cube van around like meatheads, doing doughnuts in the snow in empty parking lots.”

For Steve’s fifth birthday, Tiann wanted to get him a proper BMX bike, but couldn’t afford one. Bill built him one with little cranks for Steve’s short legs. Bill, who had become a mentor to Steve, wouldn’t take money for the bike. But Steve’s grandmother, Judy, was known for her apple pies, and Bill agreed to take 10 of them as payment.

A few years later, Steve began BMX racing at Nanaimo BMX, a local track and club. “He wasn’t the best athlete out there,” says Bill. But he excelled at skill sections such as jumping rhythm hills smoothly. Steve won so many races that he started purposely coming out of start gates last to catch up and often beat lead riders.

In 1999, he started racing mountain bikes. There were no concrete age divisions, so could race older, faster competitors. He raced borrowed mountain bikes while he began saving for one of his own. He helped teach riding courses at Bill’s shop in Nanaimo and, in 2001, with money from that and Tiann’s help, bought a GT mountain bike.

When he was 14, he cracked his bike before a race. Gabe Fox, then a manager at Cove Bikes, loaned him one. For a pro, says Tiann, “it was a crap bike.” For Steve, though, “it was gold.” He beat some pros in that race, and Gabe, recognizing Steve’s potential, became his manager. Steve got hooked on downhill mountain bike racing. In a 2004 film called Seasons, about mountain biking’s elites, Tiann said of her 15 year-old son: “He’s got big aims. He wants to be No. 1 in the whole world.”

Steve honed his downhill skills on the rooty, rocky rainforest bike trails at the base of Mt. Prevost, near Duncan, B.C. In a rare moment of boasting, he once told Tiann he had “the fastest reﬂexes on the planet.” In 2010, Gabe moved to Quebec bike manufacturer Cycles Devinci and brought Steve along as a rider for its World Cup downhill racing team. “Steven evolved, hugely,” says Bill. “When he first started, he was just raw speed and aggression.” Gabe smoothed him out and taught him consistency.

Steve’s first international race, at 17, was in New Zealand. Tiann, then a teacher at a private school, made sure she was there. In the following years, he racked up titles around the world. In 2007, Red Bull became his sponsor, flying him around the world to make extreme bike films. As a pro he was making good money, but he wasn’t one to blow it: The only book he’d ever read, says his mother, was The Wealthy Barber. He planned for a post-racing future, buying his first house in Nanaimo at 20, and a second for rental income a few years later. He considered real estate investing as a second career.

In 2013, Steve won the overall UCI World Cup downhill championship—a first for a Canadian. While a legend in his sport, his Nanaimo roots remained strong. He mentored young Canadian riders as much as possible, and when local kids contacted him asking about his gear, he invited them to his house for a look.

On May 10, Mother’s Day, Steve and a friend were riding off road motorcycles near Nanaimo when they encountered an injured dirt-biker on a trail. They sped off for help in different directions. Returning to the downed rider at about the same time, Steve and his friend collided on a turn on the trail. His friend was badly injured. Steve died from a brain injury. He was 26.