The roots of some bizarre landscaping

Five years ago, photographer Danny Custodio moved to St. Catharines, Ont., and began to notice “bizarre configurations in the landscape”—trees cut to accommodate power lines overhead. “There was something sombre about them,” he says, “how they were manicured to live in these strange compositions.” He started taking pictures of them.

Custodio finds his trees by exploring the city. He says, “I look for shapes and colours and variety.” St. Catharines is built on what was once farmland, notes Custodio, 31, its city streets paved over land where orchards used to be. These photographs aren’t just about the urban (or suburban) landscape—they tacitly refer to the lives of workers hired to keep trees in that perfect shape. As Custodio says, “They’re the artists of these compositions.”

Living here is a change from Toronto, where he grew up. That city has an “electric ceiling,” Custodio says, swarms of power lines and streetcar cables always overhead. “In St. Catharines, there’s more open space. Here you look up at this great sky, and then think, wait a minute—that power line is completely gutting that tree.” 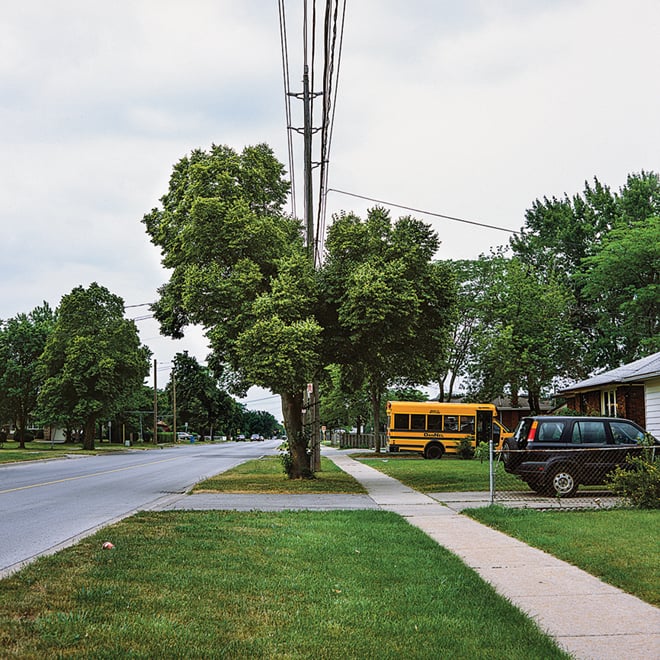