The Editorial: This year, let's keep in touch

As social animals, we crave contact with others. For our health and happiness, let’s nurture our friendships throughout 2015 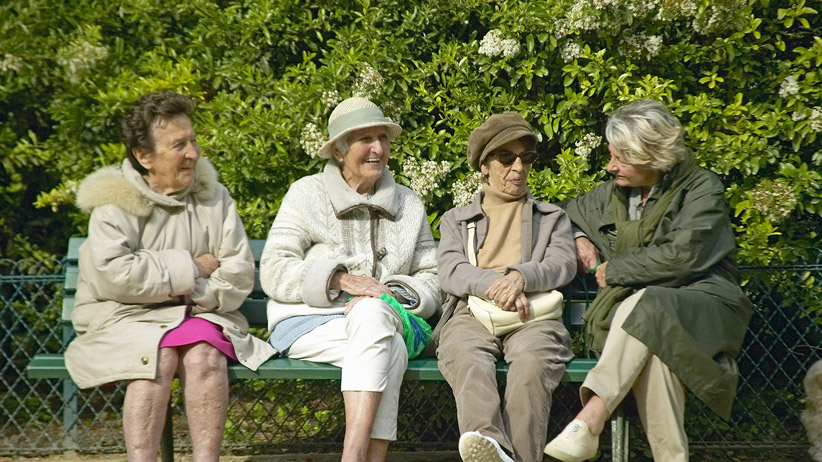 “Friendship is love without his wings,” Lord Byron rhapsodized in 1806. With somewhat less poetry, but substantially more data, Statistics Canada last week released its own look at the meaning of friends in the lives of Canadians. The study—arriving during the holiday season when social interaction is at its peak—offers a reason to contemplate the importance of human companionship, and the dangers inherent in its absence.

According to StatsCan’s General Social Survey on Social Identity, more than half of Canadians have at least five close friends. An equivalent percentage say they have five or more close relatives, as well. Around this core group is arrayed a wider range of other friends and acquaintances: for the average person, another 20 or so.

Yet these averages hide many interesting distinctions. Men tend to have more friends, while women show a greater preference for staying close with relatives. Larger networks of family and friends are the rule in the Atlantic provinces, particularly Newfoundland, while Quebec is marked by noticeably smaller family and friendship groups. As for keeping in touch, most people phone their relatives, while they visit, text or email friends.

Education and income appear to play a substantial role, as well. “Canadians in the highest income bracket had a network of ‘other’ friends [i.e., acquaintances] that was double in size compared to Canadians with household incomes of $20,000 or less,” StatsCan reports. And like attracts like. Most Canadians interact with those of similar racial or cultural backgrounds; only nine per cent say most of their friends are visibly different from themselves.

As might be also be expected, the size of an individual’s personal social network appears to decline as he or she ages. Canadians aged 15 to 24 report the highest median number of friends, both close friends and acquaintances, as well as making the greatest use of social networking websites. Younger Canadians are twice as likely to have made a new friend in the past month, as compared to seniors.

All this is important to know, and not just because we all like to measure our own social life against that of other Canadians. The presence of friends and family can be critical to individual well-being, and is thus worthy of attention from a national health perspective. Human beings are social animals, Aristotle observed, and we naturally crave contact with others. In the absence of friendship, both physical and mental health can be put at risk. For example, 56 per cent of Canadian seniors with five or more close friends report themselves to be in good physical health, while just 33 per cent of those with no close friends make the same claim.

With the number of friends assumed to decline over time, loneliness among seniors has become the focus of substantial recent research (in 2013, Statistics Canada released “Urinary incontinence and loneliness in Canadian seniors”), as well as policies regarding such things as aging in the home. Yet, for all the apparent conviviality of today’s youth, this group appears to suffer from substantial loneliness. It’s an area deserving of more attention.

Last year, a survey of 30,000 Canadian university and college students revealed that a shocking 64 per cent felt “very lonely” in the previous 12 months. Over a quarter admitted to feeling that way within the past two weeks. While some of this anxiety is no doubt due to major life changes, such as leaving home for the first time, it is part of a small but growing body of evidence suggesting feelings of loneliness may actually peak during early adulthood, regardless of the size of one’s friend list.

In a poll this fall, British health care provider AXA PPP reported that 27 per cent of 18- to 24-year-olds admitted to feeling lonely “most of the time,” as compared to only seven per cent of those aged 70 and above. “It is concerning,” said Mark Winwood, the firm’s director of psychological services, in a press release. “We tend to imagine that young people enjoy the benefits of a well-connected, socially networked world, but this doesn’t mean they don’t have hidden issues.”

The holidays are generally a time for getting together with friends, family and acquaintances. We often leave such gatherings vowing to do a better job of staying in touch in future, often with disappointing results. Yet, despite all the obstacles modern life throws up to foil such promises, the regular presence of family and friends leaves everyone happier and healthier. Regardless of the season, or stage of life, we should never take the gift of friendship for granted—and we should all try a little harder to keep in touch in the coming year.

FILED UNDER: editorial Maclean The Editorial