The excruciating loneliness of being a new mother

'After I had my first son, I didn’t just feel different; it was like a grenade had been detonated, deep in the command centre of my life' 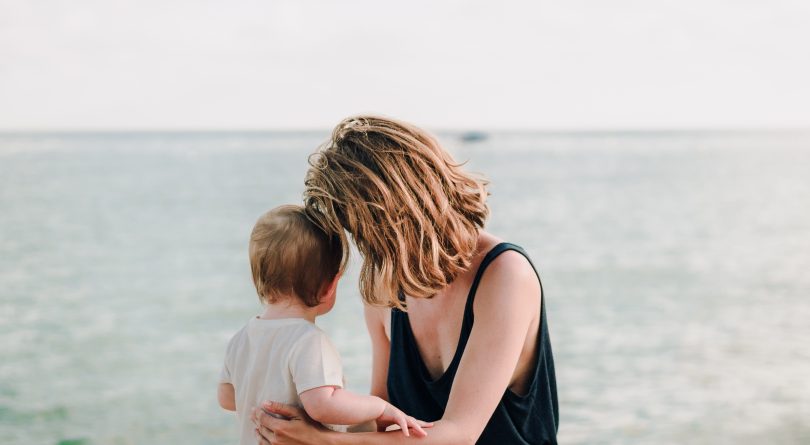 Last month, the British government appointed a Minister for Loneliness. The new role was created to look at strategies for dealing with what health professionals around the world are calling an “epidemic” of isolation and disconnection—an issue widely attributed to an aging population and rising rates of people choosing to live alone in countries like the United Kingdom, United States and Canada.

But what about that other commonplace but largely overlooked form of loneliness: the one that afflicts those of us who have chosen to live with more people, not less? The loneliness of new parenthood (I will use the term “mother” in this piece as a catch-all for anyone, male or female, tasked with the duty of full-time child care) is very real and, for those of us who’ve experienced it, deeply unexpected. It comes as a great surprise to many new mothers that the business of bonding with your baby coincides with a severe disconnect in other arenas of life, including your relationship with your partner.

READ: Regretting motherhood: What have I done with my life?

There isn’t much in-depth research on new parents and loneliness, but a recent UK survey of more than 2,000 mothers by the online mothers’ networking group Channel Mums found that 90 percent of mothers feel lonely since having children and 54 percent felt “friendless” after giving birth.

We would do well to pay attention to this phenomenon because long-term loneliness is dangerous. In recent years, it has been linked to increased rates of hypertension, sleep disturbances and mental illness. According to a U.K. government report last year, loneliness can be as harmful to your long-term health as smoking 15 cigarettes a day.

Like many new mothers, my first experience of prolonged loneliness coincided with a time in which I was rarely ever on my own, either in public or in private. It’s ironic, isn’t it, that the most isolated period of my life was spent with the human I loved most in the world literally strapped to my body?

I imagined that my maternity leave would be spent “hanging out” with my baby. And in truth, we did hang. We lay in bed watching Netflix, lounged on a picnic blanket in the park and went for long, aimless walks. But what we didn’t do—what we couldn’t do—was actually have a conversation. This, I discovered far too late, can drive you right up to the knife’s edge of sanity.

For many, new motherhood can be so incredibly isolating that one is plunged into a kind of disconnected inertia. I’m not talking about “baby blues” or postpartum depression (a very real but altogether different thing); I’m talking about the disorientation and loss of self that comes with the period known as “matrescence.”

Defined as the liminal stage in which women experience an identity shift into motherhood, matrescence has the power to knock you flat. After I had my first son, I didn’t just feel different; it was like a grenade had been detonated, deep in the command centre of my life. I was unrecognizable, even to myself.

But my own matrescence—and the deep sense of isolation that came with it—hardly seemed to matter. In my mind, it was all about the baby, and I was determined to be fine with that. The era of “me-time” was over, and the era of “baby-led” and “baby-centred” everything had begun. I would no longer be the most important person in my own life, and that was how it should be. Who needed “me” anymore when I could derive all my interests, priorities and ambitions from a nine-pound bald male with zero bowel control?

My body, my mind, my marriage, my career—all of it was suddenly up for renegotiation the instant my son was pulled from my belly via emergency C-section. It was almost as if, at the same moment that a new person emerged from my body, my old self—the unencumbered husk—fell away to make way for this new identity, The Mother.

And while I was happy to be The Mother, I was also deeply conflicted. I missed my old self, my old life. And that sense of loss, combined with the isolation of caregiving, conspired to make me feel terribly alone.

While it is, in many ways, magical and deeply gratifying, the early stages of motherhood can also be fraught with anxiety, social conditioning and complex taboos, all of which are exacerbated by day-to-day isolation. Tiny decisions—like whether to supplement with formula or rock your infant to sleep—suddenly take on terrifyingly colossal importance.

The solution to maternal loneliness is fairly obvious: It comes in the form of play groups and coffee mornings and those classes where you sit on a church basement floor and roll your eyes while some manic hippie lady sings “Wheels on the Bus.” Everyone tells you that you must make mommy friends, and they’re right. But for many new parents (myself included), it’s hard to go on a neighbourhood networking spree when you’re sleep deprived, stitched together and a shadow of your regular self.

For mothers and everyone else, the only real solution to chronic loneliness would be a complete reordering of our society so that we are all more connected and close—in a truly physical sense—both as families and communities. We would need a veritable reversion to the it-takes-a-village method of child-rearing across the board. But somehow I don’t think “reorder Western society” is at the top of the to-do list on the desk of the UK’s Minister for Loneliness.

New parenthood, in its most transformative sense, happens mostly to women. It happens to us at the very moment in our lives when we are expected to set our own needs aside for the well-being of a child. It makes us vulnerable at the moment when we’ve proven to be the most powerful. It strips us of our market share while endowing us with a whole new social status. It makes us privately important and publicly invisible. In short, it’s the most astonishing thing that could ever happen to a person while also being perceived as almost too dull to talk about in sophisticated company. And another thing, it’s bloody lonely. How strange that we so rarely talk about it.