The growing backlash against Southern kitsch

As America’s politics and mood change, there’s a call to end the cultural myths of the American South 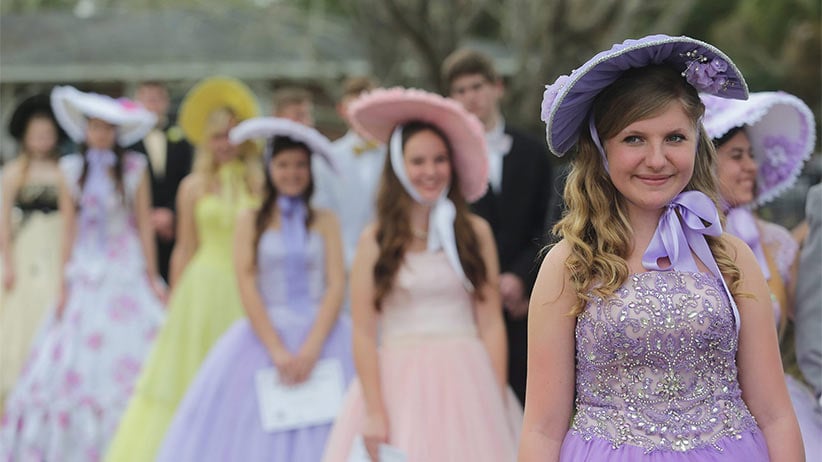 This is a bad time to be acting like a Southern belle. Actress Blake Lively (best know for the teen drama Gossip Girl) recently announced the closure of her online magazine Preserve, which was mocked for many reasons (including the title, which made it seem as if it was about jam), but especially for publishing an issue called, “Allure of antebellum,” celebrating the Southern belle and trying to sell its readers merchandise involving “Georgia peaches, sweet tea, and the enticement of a smooth twang.” Sites such as Gawker pilloried the site as tone-deaf to the ugly realities of the period. One site, The Frisky, celebrated the closure of Preserve with the headline, “Blake Lively is shutting down her antebellum fantasia.”

Today’s culture of call-outs has many different targets, but one of the most consistent among them is Southern kitsch: the many once-inescapable clichés associated with the U.S. South before and during the Civil War. TV chef Paula Deen got in trouble when it turned out she had hired what she called “professional black men” to serve at her plantation-style wedding. This year, student organizations at the University of Georgia banned hoop skirts from school events, effectively putting an end to the tradition of young women pretending to be Southern belles.

This backlash has continued all through the year, particularly after the massacre at a black church in Charleston, S.C., in June. The accused shooter, Dylann Roof, admitted to longing for the days when the South had a “real KKK,” and he instantly drew attention to the evil effects of Confederate nostalgia. A critic for the New York Post wrote that we need to reconsider showing the film version of Gone with the Wind. And then, of course, there’s the Confederate flag, now widely understood as an embarrassment. Not only was it pulled down from the South Carolina statehouse, TVLand pulled reruns of The Dukes of Hazzard because of the Confederate symbol on the Dukes’ car.

A lot of this may be a product of the U.S.’s newfound interest in the seamy side of its cultural myths. And no myth has a seamier side than that of the chivalrous, genteel South. Because of the success of stories such as Gone with the Wind or Buster Keaton’s The General (where the Confederate supporter is the hero and the Yankees are the bad guys), the symbols of the old South became legendary, not just to itself, but to the entire world. Now that questioning these symbols has gone mainstream, there’s an almost endless supply of these messages to deconstruct.

But people may also feel more free to make fun of Southern kitsch, because there’s less of a need to pander to the South. Until recently, Republicans and Democrats fought over the votes of white Southerners, and it was considered bad form to criticize their iconography too much. Howard Dean, a 2004 Democratic candidate for president, said he wanted “to be the candidate for guys with Confederate flags in their pickup trucks.” And The Dukes of Hazzard, in which the Confederate flag was a harmless symbol used by egalitarian good guys, was a product of the Jimmy Carter presidency, when the South’s image was at its most benign.

In the last few years, though, the South has become almost totally Republican. This not only allows liberals to be harder on Southern icons; it may also have allowed Republicans to ease up on their support a little. Sean Trende, an analyst for the political website Real Clear Politics, pointed out that the Republican governor of South Carolina felt free to support taking down the Confederate flag because Republicans no longer need to worry about losing the vote of the people who support the flag. Trende also tells Maclean’s that other Southern tropes don’t have the kind of political clout the flag had: “While I do know people who flew Confederate flags, I don’t know anyone who ever had a plantation party. Think of it this way: The Confederate flag tends to be supported by blue-collar or working-class Southern whites, and they weren’t likely to care much for plantations, historically!”

That doesn’t mean an end to the clichés of mint juleps and whistling Dixie: They remain popular in the South, and even outside it; the stereotypes of the fiery Southern belle and the polite Southern gentleman may be too ingrained to get rid of completely. There have been suggestions for how to do better in de-South-ification. Elizabeth Boyd wrote in the Washington Post that instead of just banning hoop skirts, universities should “say to hell with the belle” and eliminate anything that reeks of sentimentality about “a bygone, segregated South.” But it might be hard to get people to concentrate on that task, since they’re too busy listening to the Grammy-winning musical group, Lady Antebellum.