Why women—and men, increasingly—are so stressed

Author Brigid Schulte on her battle with the "Overwhelm," how multi-tasking makes you stupid, and the existence of “time serenity” 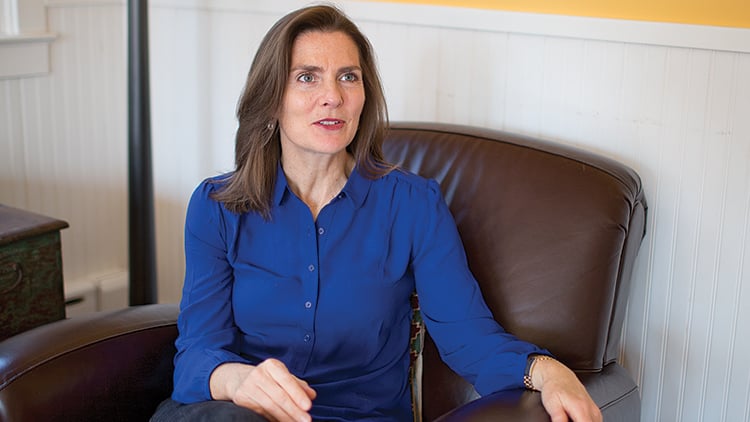 Before Brigid Schulte began writing her book, Overwhelmed: Work, Love and Play When No One has the Time, she was living it. The married mother of two and staff writer for the Washington Post even had a name for her frenzied reality and the panic, guilt and fatigue it provoked: the Overwhelm, “that everything-all-at-once feeling that you’re burning the candle from both ends and out the middle.” Schulte knew her struggle wasn’t unique, so she took a leave from the newspaper and travelled around the world to talk with time-use researchers about why women—and men, increasingly—are so stressed, and whether “time serenity” truly exists.

Q: After all your learning about time pressure, does the Overwhelm persist for you?

A: The Overwhelm is not going to go away. We live in a really crazy time when there is information coming at you, and there are so many demands on your time. It really comes down to choosing your own priorities and forgiving yourself a lot and checking your own expectations. I think that is one of the big messages of the book: Change does have to come on two levels—but by the time society changes and attitudes change, I might be dead. So what do I do right now?

Q: At the start of the book you show John Robinson—a time-use researcher who says most people have 30 hours of leisure a week and don’t realize it—studying detailed notes you made of how you’d spent a typical week. What did he find?

A: I was terrified to confront the fact that I might be wasting my time. He started highlighting everything that he considered leisure, which in my mind is [sitting] in a hammock on the beach. And he said, “Look, you had 27 hours of leisure.” I just wanted to cry. It was every time I got exercise, talking to a friend on the phone, never mind that I was trying to organize a cleaning service for him because he was getting chemotherapy. Really? That’s my leisure time? It made me realize that what he was measuring and what I was feeling were really different. There was a yoga class, and the rest of my leisure time was with family. That’s great, but that’s not sitting in a hammock on the beach with a book.

Q: You made surprising self-discoveries, too.

A: I was afraid that I would find out that I didn’t work hard, that I wasn’t a very good mother. I was feeling so inadequate in everything I did. I was afraid that I was going to come out being this crazy, disorganized, neurotic person. So it was revelatory that I worked more than 50 hours a week and I [still] spent a tonne of time with my kids. It was like, “Why do I feel one way when the reality is so different?”

Q: Another researcher, Rachel Connelly, has found that many working mothers have zero hours of leisure per week because they are always embroiled in “mental labour.”

A: Even when men do more [housework and child care], a lot of times it’s still women in charge, delegating, so you have all that noise in your brain. You’re on a bike ride or picnic with your family, and it looks like leisure, but on the inside you are keeping track of everybody’s emotional temperature, and did I pack this, what are the directions, how much time are we going to be here, do we have anything for dinner? It’s like a toilet running all the time.

Q: How does the Overwhelm translate for men?

A: There are new studies showing that young men and men with more progressive views of what a father should be—which is not just a helper and fun parent, but actually a partner—are beginning to feel more work-life conflict than mothers are. They’re trying to do what women have been doing for 30 years, and they’re having a very stressful time of it—a harder time at work because we still expect men to be [on] 24-7, working 40 years straight. And although it’s uncomfortable, I see that as potentially very hopeful because finally it will move [this discussion about creating work-life balance] out of the mommy zone. We need to do this as human beings.

Q: Time researchers talk a lot about “contaminated time”—this notion that rarely are tasks done in isolation or with our full focus. Is part of the work-life conflict our failure to set boundaries?

A: That’s huge. What’s happening now with technology [is we live] with very porous boundaries. All those little [email] interruptions fragment our time and attention and make us feel like work never ends. It makes us feel like we don’t ever have that sacred time for family or to breathe or meditate or for leisure. Time is contaminated for everyone. I’m hoping that as we get used to these technologies we’ll get smarter about how we use them and also how to shut them off.

Q: What are neuroscientists discovering about the effect of contaminated time on our brains?

A: The more armed we are with information [about] the seduction of technology, the more we can build systems to better deal with it. I had no idea that I got a hit of dopamine, which is the pleasure hormone that also governs addiction, every time that little email bing goes off.

Q: How does stress affect our grey matter?

A: There’s a study that found that multi-tasking makes you stupid. I love that. There’s a lot that we know about what stress does to the body, and there are some very new studies looking at stress in the brain. I went to the Yale Stress Center where they’re doing functional MRIs of the brains of “normal” people. They found that [if you] had the perception that you are very stressed out then your grey matter was fully 20 per cent smaller in volume than people who did not have that same feeling. This is the grey matter in your prefrontal cortex: It controls thinking, learning, planning, decision-making. That matters because when we are feeling more stressed, that is when we are at our most vulnerable in our inability to think our way out of it.

Q: Is there a flip side?

A: At Harvard they took two groups of “normal” people; the control group they told to go about their business, and the second group they put through an eight-week training in mindfulness. They did MRIs at the beginning and at the end, and found that among the people who had gone through that mindfulness training, their grey matter actually expanded. The structure of their brain changed in those very same areas where we think, learn, plan and make decisions. That part of the brain had greater capacity to handle whatever came down the pike. So in as little as 20 to 30 minutes a day of either meditating, doing yoga or being mindful, which basically is nothing more than being in the moment, their brains actually grew. I found that profoundly hopeful because it’s also doable.

Q: What did you find out when you met with ordinary folks in Fargo, N.D.?

A: I live in Washington, D.C. I have lived in New York. Part of me wondered if people are not so overwhelmed in the Midwest or out in the country. But in Fargo, we were sitting around this table and everybody was just out-of-their-mind stressed. One guy worked 72 hours a week. This other woman felt too guilty to take time for herself. Then one woman burst in and said, “I got stuck in traffic, that’s why I’m late!” And I looked out the window and thought, what traffic? Busyness has become such a social value that we will even create it, we will create that sense of breathlessness because we think that’s how we show status and importance. That is a really interesting and troubling finding. We’ve taken this notion of hard work to a crazy degree.

Q: You also met with researcher Ann Burnett, in Fargo, who has collected Christmas letters since 1960 to analyze how busyness—or people’s characterization of it—has evolved. What do they show?

A: When I was reading through the letters with her, one person wrote about visiting seven states over Memorial Day weekend! Another talked about living at the speed of light. It’s become such a cultural norm that people brag about it: “Oh yeah, you did that? I did this.” Keeping up with the Joneses used to be about “I have the bigger house and car,” and now it’s much more about how much stuff you can cram into your calendar.

Q: So in your research, did you discover any ways to help us cope with the Overwhelm?

A: The big message is that we need to reimagine and re-engineer how we work—what does work mean and how do we measure what’s good? The second thing we need to reimagine is our relationships—who does what and why? One of the biggest things that has helped me and my husband is coming up with a common set of standards about what it takes to run our house, what is a fair way to divide tasks, and how are we going to keep each other accountable? On a personal level, I do a “brain dump” where everything that’s in my head [that needs doing] gets written down. It gives your brain a rest. And then I give myself permission not to do everything on that list. I’m much more clear about my priorities: What are those moments of connection that are most important to me? Today is a busy workday but it’s [also] a snow day, so I’m going cross-country skiing with my husband. And then I’ll come back and finish my work.