'Ladies and gentlemen, we are now in international waters. Please feel free to disrobe' 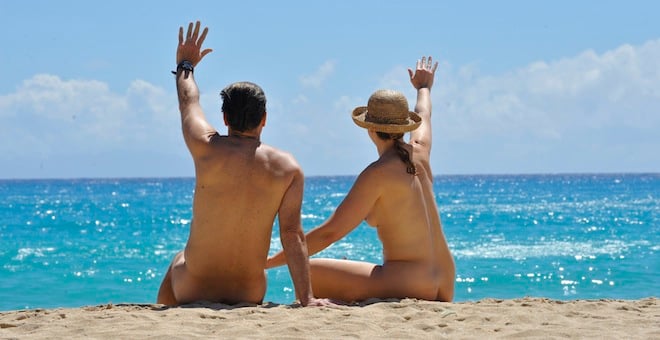 Sometime in the late afternoon on Saturday, Feb. 9, 2013 — an hour or so after the cruise ship Carnival Freedom leaves its home port of Fort Lauderdale, Florida — the ship’s captain will make an announcement on the ship’s public address system.

“Ladies and gentlemen, we are now in international waters. Please feel free to disrobe.”

And with that, approximately 3,000 passengers aboard the Carnival Freedom will doff duds and begin eight days of the largest naked cruise vacation in the history of the world.

Not that nude cruising is something new. It’s been going on — with increasing success — for more than two decades. Like every other niche in the increasingly diverse cruise market — from cinephiles to wine connoisseurs to cougar dating to heavy metal fans — nude cruising gives a particular community the opportunity to mingle with like-minded individuals while enjoying a vacation at sea. 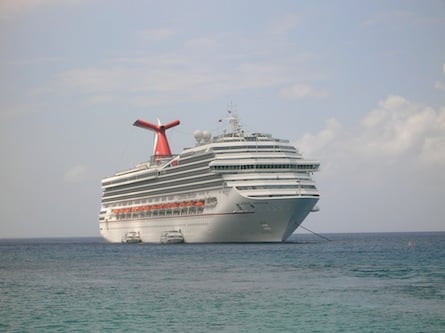 At the centre of this seaborne naked universe is a charming, elegant grandmother  — a former banker — who discovered the pleasure and freedom of nudism in the 1980s. And who, with her lawyer husband, decided there was a significant void in the vacation options available to dedicated nudists — and decided to fill it.

Nancy and Tom Tiemann started their Austin, Texas-based company in 1990 but it took two years to work through all the complications of getting their first full-ship nude cruise charter to sea with 560 passengers aboard.

Since then the Tiemanns have organized more than 50 clothing-free cruises in waters everywhere from the Caribbean to the South Pacific, from the Mediterranean to Alaska (that cruise was booked for the warmest week of the year and the pool area was enclosed).

Who goes on a nude cruise vacation?

Well, people who like to walk around in public without clothes on, obviously. And people who can afford an upscale vacation. But apart from the general nakedness, Bare Necessities clients seem to be quite … ordinary.

“Our demographics are very similar to a regular cruise,” Nancy Tiemann said.

Which means a little older and a little more affluent than the average vacationer. But the nudity also means they’re more unconventional and, according to Tiemann, just plain friendlier.

“Social nudism is a real equalizer. When you’re in a social setting without clothing, it sort of takes away the social class and the barriers that we put up with clothing,” she said.

A minor controversy erupted a few years ago when a San Francisco newspaper quoted Nancy Tiemann saying a judge on the Supreme Court of Canada was among her clients. Ottawa was abuzz with speculation about which of the country’s top jurists was buff-inclined.

Tiemann, with more than a hint of annoyance in her voice, now says the speculation was pointless because she had been misquoted in the article.

“I would never talk personally about any of our clients,” she said. “I was talking hypothetically about the wide range of people who are nudists and enjoy our cruises — from plumbers to Supreme Court justices, I think I said, completely hypothetically — and the reporter turned it into something it wasn’t.”

Still, one wonders … and Canadians do make up about 10 per cent of Bare Necessities’ clientele.

The Carnival Freedom is being dubbed the Big Nude Boat for its February cruise but it’s not the Love Boat. At least it’s not the Swingers Boat. Tiemann said about 80 per cent of her passengers are “committed couples” so there’s no more (and probably no less) shipboard romance on a nude cruise than on any other cruise.

There are a few unique aspects to social etiquette on a ship full of naked people, however.

“We always sit on towels, whether we’re in our rooms or out in public,” Tiemann said. “But there are always plenty of deck towels available.”

Passengers must be dressed in port and in the ship’s formal dining room — but the ship’s various casual restaurants, bars, casino, karaoke and other public areas are all clothing optional. And “formal attire” on a nude cruise can mean halter top, shorts and flip-flops.

A tip sheet for passengers on Bare Necessities cruises has this reminder regarding decorum and attire: “Lingerie is not considered appropriate dining room attire and fetish wear, including excessive genital jewelry, is not appropriate at any time.”

Nancy Tiemann has this observation for prospective male clients worried about being embarrassed by an accidental arousal while strolling the lido deck: “You know, in 21 years of producing two or three cruise ship charters a year, I have never once seen a man succumb to his worse fear — a public erection. Does that say something about the fantasy of social nudity and its reality? Perhaps.”

Like most of Bare Necessities’ cruises, every cabin on the Big Nude Boat will likely be occupied by the time the Carnival Freedom leaves port. A nude cruise of French Polynesia in April has been fully booked for months. A June cruise of the Baltic aboard a four-masted luxury clipper ship has a couple of cabins still available. But then the Baltic can be a little cool in the evenings even in June — if you aren’t wearing clothes.

The record-setting Big Nude Boat cruise which sails from Fort Lauderdale on Saturday will reach the Panama Canal on Valentine’s Day with stops at ports in Mexico and Costa Rica before returning to Florida on Sunday morning, Feb. 17.

When the 3,000 passengers disembark from the Carnival Freedom that Sunday, they will be indistinguishable from every other vacationer in South Florida except in two regards — the top-to-bottom, 360-degree tans they’re sporting and the knowledge that they have just made a bit of history as part of the biggest gathering of naked people ever to assemble on one cruise ship.

It’s enough to give one goosebumps — all over.