The making of St. Teresa

Mother Teresa's cross-border appeal is unmatched, writes Brian Bethune, except by the withering barrage of criticism that has come from all sides 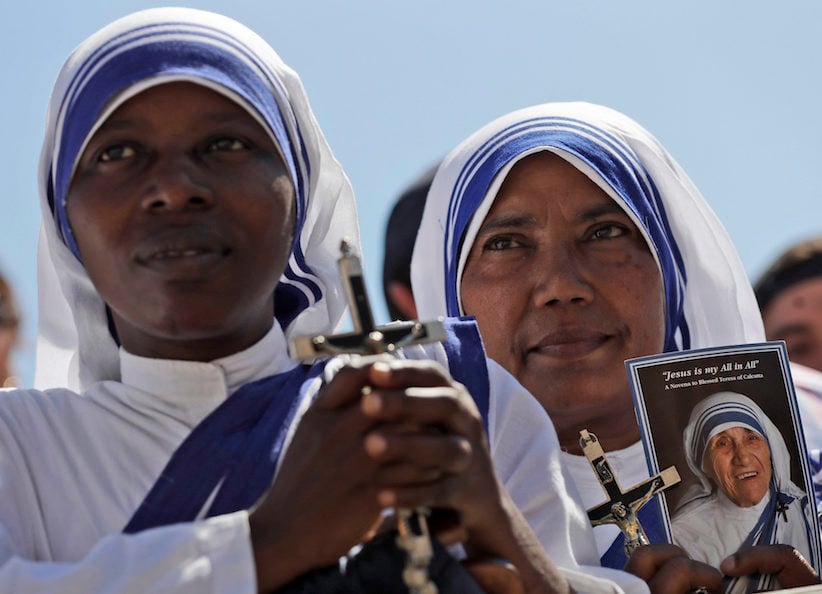 A Missionaries of Charity nun holds a photo of Mother Teresa in St. Peter’s Square at the Vatican during a jubilee audience for workers and volunteers of mercy led by Pope Francis,Sept. 3, 2016. (Alessandra Tarantino, AP)

When Anjezë Gonxhe Bojaxhiu, better known as Mother Teresa, becomes a full saint of the Roman Catholic Church on Sept. 4, a day before the 19th anniversary of her death in 1997, it will be another milestone in an afterlife as event-filled as her mortal existence. The only saint to be a Nobel Peace Prize winner, is also the only one to have an Indian express train named after her, just as, in life, Mother Teresa was surely the sole recipient of both the U.S. Presidential Medal of Freedom and Albania’s Golden Honour of the Nation award. Her cross-border, across-the political-spectrum appeal is unmatched, in fact—except by the withering barrage of criticism that has also, in life and death, come from all sides.

Mother Teresa was born an ethnic Albanian in 1910 in what is now the Republic of Macedonia and was then part of the Ottoman Empire. She grew up entranced by stories of missionaries among the heathens, and by age 18 was enrolled, under her religious name of Teresa, in a Sisters of Loreto convent in Ireland in order to learn English, the language of missionary work in India. A year later, she was in Darjeeling for her novitiate, and soon afterwards in Calcutta, studying Bengali and Hindi while teaching history and geography at the order’s St. Mary’s High School for Girls. In 1937, after her final profession of vows, like all Loreto nuns, Teresa took on the title of “Mother.”

Mother Teresa taught at St. Mary’s for 17 years in all, becoming its principal in 1944, even after she experienced her now famous “call within a call” during a 1946 train journey. Jesus, she later explained, told her clearly she needed to do more: to care for Calcutta’s poorest and sickest. It took 18 months of continued teaching and relentless lobbying before Mother Teresa won permission to leave her convent in early 1948. After six months of rudimentary medical training, she wandered into Calcutta’s slums looking for what she called “the unwanted, the unloved, the uncared for.” Joined by a handful of former teachers and students from her school, Mother Teresa founded in 1950 the Missionaries of Charity, a new order that now has more than 4,000 nuns worldwide, operating schools, hospices, and homes for lepers and abandoned children. 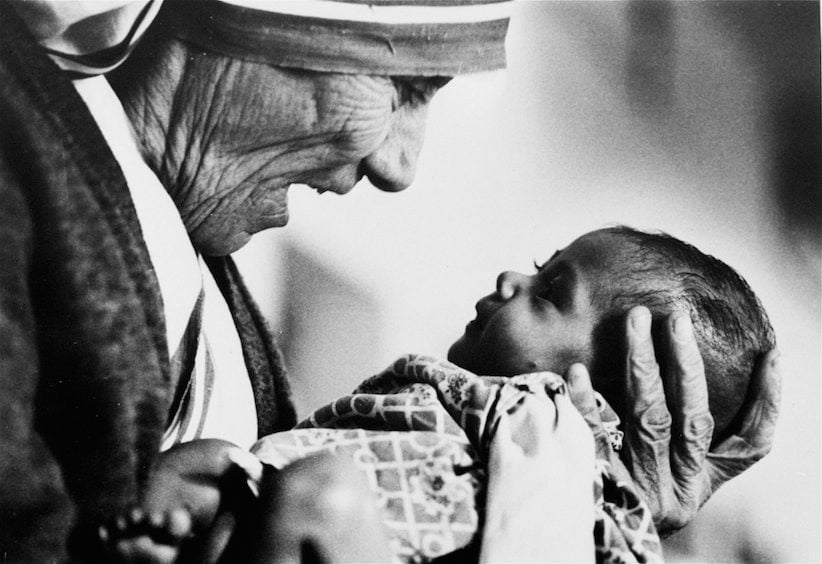 She has been celebrated for it in India since the 1960s and worldwide since Malcolm Muggeridge’s 1969 documentary Something Beautiful for God. The backlash was slower to gain traction, but was inevitable. Mother Teresa was a tireless, stubborn caregiver for the marginalized, but she was not—in secular eyes—an advocate for them, in the sense of denouncing the socio-economic causes of poverty. She had, in spades, the traditional Catholic indifference to the source of her donations—if money came from thieves and dictators (that is, thieves on a colossal scale), it only helped their souls as well as the bodies of those she cared for. She admired suffering as Christ-like and was correspondingly less focused on pain relief than on spiritual redemption. And she loathed abortion, declaring in her 1979 Nobel lecture, “I feel the greatest destroyer of peace today is abortion.”

Any one of those beliefs or attitudes would have mortally offended Mother Teresa’s most high-profile critic. Christopher Hitchens called her a friend, not of the poor, but of poverty, a justifier of systemic abuses and institutions that kept the poor down. In denouncing abortion (and contraception) she was “opposing the only known cure for poverty, which is the empowerment of women and the emancipation of them from a livestock version of compulsory reproduction.” Others have criticized what they saw as substandard and often negligent medical care in the Sisters’ facilities, charges echoed as late as 2013 by a group of Université de Montréal academics.

Through it all, Mother Teresa’s popularity has, for the most part, remained high in India and stratospheric among Catholics, who admire the dedication over all else. In 2002, Pope John Paul II—a personal friend—accepted the first of the two miracles required from a candidate for sainthood, the curing of Bengali tribal woman Monica Besra from an abdominal tumor. Pope Francis recognized the second miracle, the healing of a Brazilian man with multiple brain tumors, in December and set the Sept. 4 canonization date. He will officiate personally at the ceremony, before a crowd expected to number in the tens of thousands.