The new Food Guide's best advice: eat with others

Peter Shawn Taylor: There's plenty of evidence that if we follow this simple advice, we won't need governments telling us what to eat in the first place 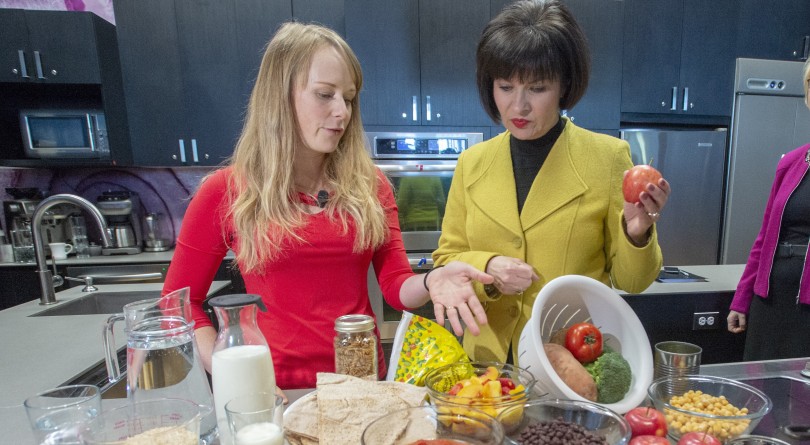 The most important recommendation in Canada’s new food guide has nothing to do with food.

It’s not the new dinner-plate graphic, replacing the old confusing rainbow of recommended foods. Or the shift in emphasis towards plant-based proteins. Or the apparent snub of the Canadian agricultural-industrial complex by avoiding explicit calls to drink milk or eat cheese etc.

In fact, the best piece of advice isn’t even in the main text of the online document, but hidden several clicks away.

While the bulk of the guide—and nearly all public commentary to date—is concerned with the practicalities of what foods are in and what foods are not, an ancillary section titled “Eating Habits” offers guidance of far greater import. It suggests Canadians should “eat with others more often.”

There’s plenty of evidence suggesting that if we’re able to follow this simple bit of advice on how to eat and with whom, we won’t need governments telling us what to eat in the first place. Make meal time more sociable and most of the other food-related problems in life will take care of themselves.

‘The family who eats together, stays together.’ The benefits of spending meal-time together are so well-established as to have passed into the realm of folk wisdom. But it’s still true. A shared meal allows family members to exchange stories, celebrate achievements, solve problems, plan schedules, portion our chores and participate in all the other minutiae of daily life. The new Food Guide pays heed to this with suggestions on making family dinner a time to “establish healthy eating routines” and try out new foods.

But this advice, anodyne though it may be, is relevant for all Canadians, not just those with school-aged children. Canada is rapidly becoming a country of singletons. According to the 2016 Census, 28 per cent of all households have only one person living in them—outnumbering those comprised of couples with children for the first time since Confederation.

This new demographic reality obviously makes it harder to eat with others. Seniors are especially vulnerable in this regard. New technology, time pressures and shifting work habits further contribute to mealtime isolation. According to a 2017 Dalhousie University survey, working-age Canadians are more likely to eat lunch at their desk (39 per cent) or at home (37 per cent) than to share lunchtime with others in a cafeteria or lounge (24 per cent).

All this can have significant health implications. A 2010 German study looking into emotional states most associated with over-eating found “feelings of loneliness, disgust, exhaustion or shame lead to binge-eating behaviour with the highest probability.” A similar study by Yale University researchers pointed to sadness, anger and loneliness as the top-three emotional triggers for binge eating.

Without social cues or the distraction of conversation, it’s easier for even non-bingers to over-eat. That Dalhousie survey also found singles were three times more likely than married folk to snack several times a day, rather than eat regular meals. Bad habits happen most frequently alone.

Taken more broadly, social isolation—of which eating alone is an key indicator—is arguably a bigger problem than obesity or any of the other eating-related health issues Canada’s new Food Guide is striving to correct with its recommendations to drink more water or cut down on processed foods. A ground-breaking 2015 study headed by psychologist Julianne Holt-Lunstad of Brigham Young University revealed for the first time the significant medical implications of being lonely. In reviewing dozens of separate academic investigations the researchers concluded that, all other things being equal, the presence of loneliness, social isolation or living alone was associated with a 26 per cent to 32 per cent increase in the likelihood of mortality.

“Current evidence indicates that heightened risk for mortality from a lack of social relationships is greater than that from obesity,” Holt-Lunstad’s study concluded. Humans are social creatures, and being denied social contact can be devastating. Being lonely is comparable to smoking 15 cigarettes a day, she observed in a separate paper. It’s also worse for your health than the much-trumpeted risks arising from alcohol consumption, physical inactivity or air pollution—all of which get much more official attention than loneliness.

The dramatic restructuring of Canada’s Food Guide can be considered a reflection of current public health preoccupations with obesity, and in particular childhood obesity. But these trends may be largely self-correcting. Earlier this month, for example, Statistics Canada released evidence showing consumption of soda, iced teas and other sugary drinks—a familiar boogey-man of obesity concerns—to be in long-term decline. Between 2004 and 2015 the mean daily intake of sugar from these beverages among Canadian adults fell from 38 grams to 27 grams, a drop of nearly 30 per cent. The same drop was observed for kids aged two to eight years old and youth aged nine to 18. Declines of this scale in sugary-beverage consumption should be considered a major public health accomplishment. Canadians, it seems, have taken to heart long-standing calls for healthier beverage choices. (And surely calls for new soda taxes are misplaced.)

There is no evidence, however, that trends with respect to social isolation are similarly reversing. We are still “Bowling Alone,” as political scientist Robert Putnam observed in his 2000 bestselling book on how the disappearance of community bowling leagues tracked a more serious decline in American social capital.

Eating alone is equally damaging to our physical and mental health. And it’s not going away. Recognition of this issue by the new Canada Food Guide is a worthy addition.

The guide offers a few useful suggestions for breaking the spell of loneliness at meal time:

Whether or not these tips are enough to make eating the communal experience it once was, at least it’s a start. And following them will probably have a bigger impact on your health than whatever you choose as your beverage or protein.

Perhaps the next time Ottawa releases a new food guide, advice on eating with others will be the main course, and specifics on what to eat will be relegated to the back pages.