Among the record number of new coasters that will open next year is the world’s fastest, with the longest drop 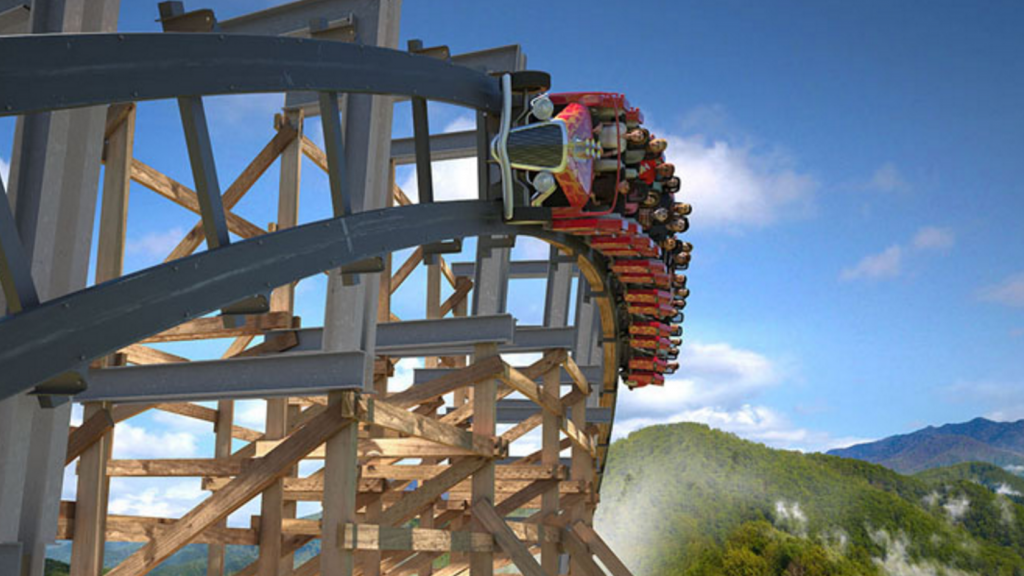 Thrill seekers rejoice. The booming roller coaster industry will reach new heights in 2016 as a record number of rides are set to open. One new coaster, called Valravn, is set to break 10 world records, including fastest dive coaster (121 km/h) and longest drop on a dive coaster (65 m), when it opens May 7 at Cedar Point amusement park in Sandusky, Ohio. Valravn will feature a heart-stopping four-second pause at the precipice of its highest drop. At the bottom, riders will be flipped upside-down and put through a loop and a roll that Cedar Point describes as a “fighter jet-like manoeuvre.”

While coaster enthusiasts are excited for Valravn, there is skepticism about some of its claims. “A lot of these world records don’t really pass the smell test,” says Duane Marden, a Wisconsin coaster enthusiast who runs the Roller Coaster Database. He objects to counting both “most roller coaster track at one amusement park” and “most steel track at one park” as two separate world records. Though no one is quibbling over its longest and fastest record claims. Or its ability to induce nausea: Valravn’s cars are floorless, so that regardless of where people are sitting, they’ll be able to see the ground rushing toward them.

Valravn isn’t the only new ride on track to break records. The Lightning Rod at the Dollywood theme park in Pigeon Forge, Tenn., will be the fastest wooden roller coaster (117 km/h), when it opens in March.

A record 220 new coasters were built worldwide in 2015—roughly double the number built in 2008— and 2016 is already on track to beat those numbers, with 98 coasters already scheduled. “I’ve never seen this many roller coasters scheduled so early, it’s really exciting,” says Marden. The industry is riding high on demand from China, where an emerging middle class is embracing the thrills of roller coasters—29 of the 98 coasters scheduled to open next year are in China.

All this competition is leading to a roller coaster arms race as amusement parks strive to break records. “Every year there are more new rides and innovations that keep things fresh and interesting,” says Megan MacCausland, who runs the popular coaster travel blog Flying Pirouettes.

The records of 2016 aren’t likely to stand for long. This month, plans were approved for what will be the tallest-ever roller coaster. The 174-m tall Skyscraper in Orlando, Fla., is set to open in 2018. Its track will wind around a central tower (hence the skyscraper name) and include an observation deck at 163 m.

Closer to home, Canada’s Wonderland in Vaughan, Ont., is also rolling out the Skyhawk in 2016. It puts riders in a one-person cockpit and lets them manoeuvre themselves through the air. Spinning 360 degrees is optional, if not recommended for anyone who has recently eaten.

FILED UNDER: roller coaster year ahead 2016