After 98 years, the Romanovs may be buried together at last

Ninety-eight years after their infamous execution, the Russian imperial family may finally be reunited in death 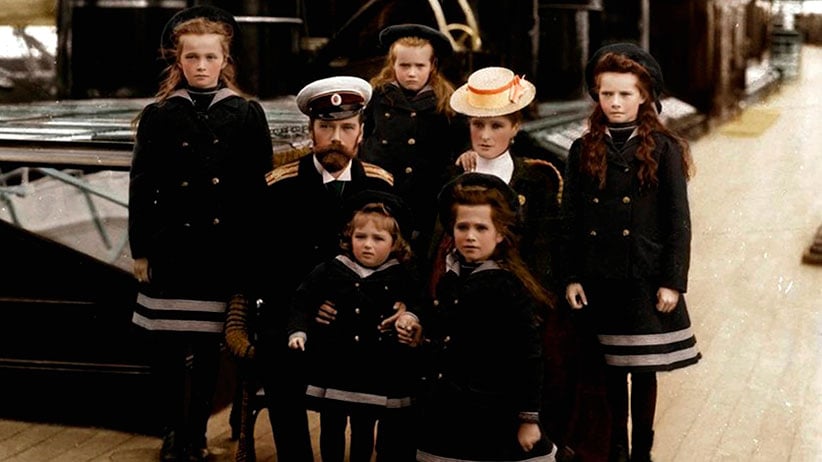 The Romanovs were one of the most photographed families in history, yet those images of happy children and their proud parents are haunting reminders of the tragic fate that awaited them. After Czar Nicholas II abdicated during the Russian Revolution, he and his family were lined up late one night in a basement in 1918, as if another picture were to be taken. Instead, they were executed by a Bolshevik death squad. Their bodies were burned, doused with acid and buried in the forest outside Ekaterinburg.

Now, all the members of Russia’s last imperial family may be reunited in death, nearly a century after they died together. After the remains of Nicholas, his wife, Alexandra, and three of their children—Olga, Tatiana and Anastasia—were unearthed from a shallow grave in 1991, they were interred in the family vault in St. Petersburg in 1998. This spring, the remains of the final two missing Romanovs—Maria and her brother, Alexei—are expected to be placed beside those of their family.

The bones of Nicholas and Alexandra’s third daughter and only son were discovered in 2007 by an amateur history group near a pit where the remains of the rest of the family (and their servants who died with them) were exhumed. Though those five Romanovs were identified through DNA given by relatives, the head of the Russian Orthodox Church never accepted the scientific analysis as definitive proof (he skipped the interment). The Church, which canonized the Romanovs as saints in 2000, raised similar concerns over the identities of Maria and Alexei.

A compromise with the Church has now been reached. To “correct the flaws of the previous investigation,” explained Vladimir Solovyov of the Russian Investigative Committee, even more scientific tests were undertaken under the watchful eye of the Church.

DNA samples of the remains of Nicholas were found to match those taken from a bloodstained shirt worn by the czar during an attempt on his life. As well, in late November, the sarcophagus of his father, Alexander III, was opened and genetic samples taken. Finally, DNA was taken from the bloody uniform of his grandfather, Alexander II, who was assassinated in 1881.

The expensive, exhaustive investigation is expected to be completed early in 2016. If the Church recognizes the authenticity of the remains, now considered holy relics, then the final interment of the complete family could by scheduled for the spring.

In the last few decades, those iconic photographs have helped to transform the last Romanovs, who lived surprisingly pedestrian, even middle-class lives, into grand imperial martyrs. As Helen Rappaport, author of The Romanov Sisters, says, “They are frozen in time, forever young, forever beautiful.”