The secret to raising resilient kids 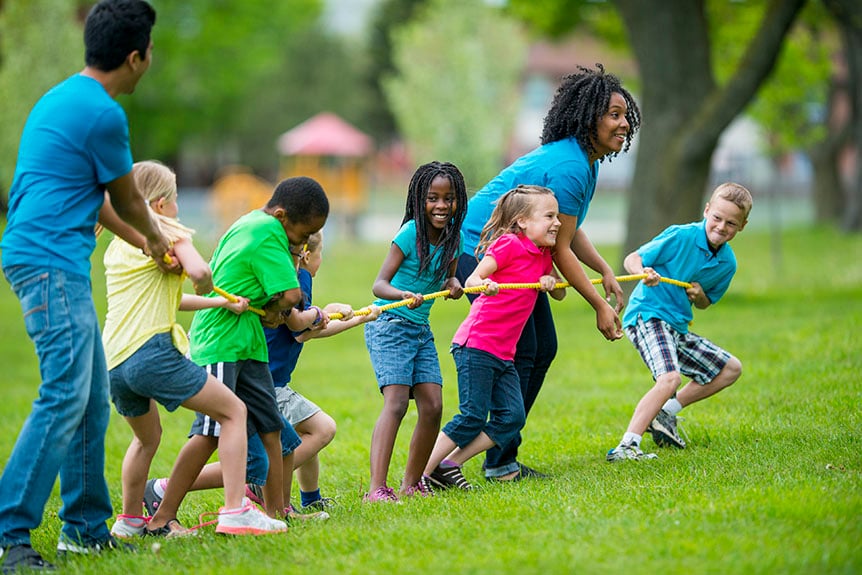 Helen Leask has a doctorate in zoology and has built a career in health care research. She is a fellow in global journalism at the Munk School of Global Affairs at the University of Toronto

It’s been a horrible year for hurricanes, mass shootings and terror attacks. Yet amid the carnage, scientists are drawing some comforting conclusions about human psychology—especially the benefits of hands-off parenting.

The UN’s latest Global Assessment Report on Disaster Risk Reduction reports that more than 1.5 billion people have been affected by human-caused and natural disasters over the last 10 years. Yet, according to thousands of research papers looking at the after-effects of disasters, surprisingly few people suffer long-term mental-health problems.

Researchers from Harvard and the University of Michigan found that 30 per cent of people developed post-traumatic stress disorder (PTSD) immediately after Hurricane Katrina—the most costly hurricane in U.S. history—and almost half had recovered within two years. After Hurricane Ike in 2008 researchers from eight centres, including Yale University School of Medicine, found that only seven per cent of people were diagnosed with PTSD and most recovered within 18 months.

Humans’ ability to take life’s hits and bounce back, commonly known as resilience, is starting to attract a lot of attention from researchers because it may hold the key to prevention of post-traumatic stress. To figure out what makes and breaks resilience, scientists need to study large groups of victims, not just individuals. This is why they have come to focus on natural disasters.

Sarah Lowe, assistant professor of psychology at Montclair University in New Jersey, studied almost 400 low-income mothers in New Orleans whose homes were damaged or destroyed by Hurricane Katrina in 2005. Only one in 10 of the women suffered long-lasting mental distress. This was a much lower rate than the researchers had expected.  “People were surprised at the women’s level of resilience,” Lowe said. Her study found that strong social support is crucial, along with stable intimate relationships, employment and some financial savings.

RELATED: The collapse of parenting: Why it’s time for parents to grow up

Resilience starts to develop in childhood and here too researchers are seeing high levels of resilience in low income children.

Shemeka Dawson, a leader at the Smart and Secure Children Parenting Leadership Program at Atlanta’s Morehouse School of Medicine, said that “because the kids in our program are coming from vulnerable, impoverished communities, it looks bad on one end, but these are some very resilient children.”

The children in Dawson’s program have become resilient the hard way—by enduring family disasters such as homelessness or the death of a parent. As with the low-income mothers in New Orleans, support at the right time helps to ensure that the children stay resilient and don’t give up, said Dawson. As a result of the program, “they may bend,” she said, “but they do not break.”

At the Morehouse program, parents learn how to support resilience in their children by providing a stable home environment, even in difficult living conditions. The parents work on controlling their own emotions and not passing their frustrations on to the children. Dawson also suggests simple low-cost tricks to give children the chance to plan regular events along with their parents, such as weekly movie nights or making a picnic and taking it to  the park. Daily dinner time, with the children helping out with the cooking, is encouraged. “We try to go back to the old ways while at the same time living in the real world,” Dawson said.

And this seems to be the key: exposing children to reality. Low-income children may be more resilient because they are exposed to real-life risk and stress, which turns out to be good.

Michael Ungar, director of the Resilience Research Centre at Dalhousie University, singles out helicopter parenting as a prime cause of distress among children whom he sees at his family therapy clinic in Halifax, N.S.

“Families were coming in that were quite privileged, but these kids were really vulnerable, with addiction issues,” Ungar said. “The same things that were making kids resilient elsewhere in the world were actually being denied to children here in North America. The parents were basically not giving their children any opportunities to experience manageable amounts of stress.”

Ungar describes this as “the risk-taker’s advantage”, and other researchers have backed up his findings.

As Ungar puts it: “Parents like to think about giving their children every advantage in life. But you can turn that around and make sure that your children have the risk-taker’s advantage. We know from studies elsewhere in the world that when kids are exposed to opportunities for some risk, that it’s good for them.”

WATCH: 7 tips for regaining control of your kids

Like the less-privileged families in Atlanta, wealthy but anxious parents could benefit by letting their children operate in the real world. Ungar says parents should get younger children involved in celebrations by giving them real jobs without criticism: let them hang the lights, use a hammer, bake a cake, decorate a room of the house by themselves—and embrace the results.

When you travel, don’t go to Disney. “Go to an ecolodge, or anywhere that they can get a more real experience of people, culture etc.” says Ungar. For children over 12, he suggests putting them on a flight by themselves to visit a relative: “Airports are very safe but kids get a total ‘rush’ with the feeling of independence.” At any age, set limits on screen time and, says Ungar, “If your kids are going to have these things, the least you can do is let them buy the gaming systems and games by themselves. If they can’t afford them, they probably aren’t ready for them.” Rent them for the weekend, instead, he suggests.

As for all those scheduled activities, Ungar advises making the child responsible for packing his or her own gear. “If they make a mistake, all the better. It’s a great life lesson.” The hardest one of all? “Let older teens choose their own boyfriends and girlfriends,” he says. “Your role is to talk to them about safety issues like consent—not to control their bodies.”

There are two extremes in parenting, said Matthew Hill, assistant professor at the University of Calgary’s Hotchkiss Brain Institute: “If you grow up in a traumatically stressful situation, with a lot of neglect or abuse, that’s clearly very bad. But the other side of the coin—if you’re sheltered, as a child, from every stressor—means that, as an adult, you don’t have any basis to manage those stressors.”

The extremes appear in the natural disaster data: In the Katrina study, women who suffered traumatic childhoods were generally less able to cope with the hurricane’s after-effects, although the most resilient women talked about “growing through the experience”.

Researchers from Harvard Medical School also found that wealthy families were slower to recover psychologically from Hurricane Katrina than mid- to low-income families. The scientists speculated in their paper that unexpected trauma was more likely to “shatter world views of fairness and safety” in wealthy people because low-income people were “less likely to hold such views in the first place”.

Hill compares our ability to deal with stress to the body’s immune system: “If you don’t ever get exposed to any germs or pathogens and suddenly you get hit with a virus, you don’t have the ability to fight it properly,” he said. “Similarly, if you’ve never experienced anything you’ve had to take control of—like learning to diplomatically deal with a bully or an aggressor—you won’t build up that toolkit.”

Although different cultures and different families may debate how much risk is too much, Ungar said some rules are universal: “Whatever the culture, children need to learn the basics for what they’re going to need to survive in life. If they’re going to need to drive a snowmobile in the high Arctic, then they need to learn to drive a snowmobile early.”

Educating helicopter parents means stressing the positive, said Ungar. “Instead of saying, ‘stop being so over-protective’, it’s more, ‘think about preparing your children with the lessons that they need to be ready for life later on.’”